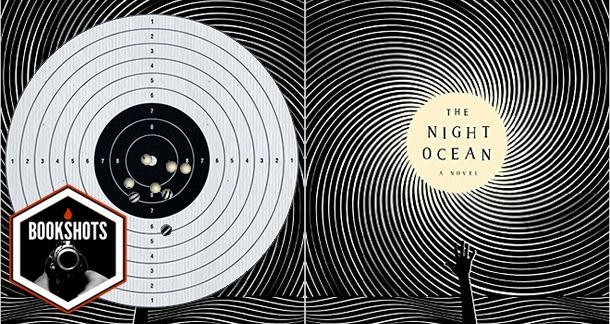 The research and air of authenticity is so impressive as to leave me wondering where the reality ends and fiction begins.

Paul La Farge, the novelist known for The Artist of the Missing; Haussmann, or the Distinction; The Facts of Winter and Luminous Airplanes. Each deals with mysteries and have surrealist, fantastical tones.

Named after the short story by H.P. Lovecraft, and this is reflected in the book itself. Written in the first person, it follows Marina Willett, a psychiatrist whose husband, Charlie, has been driven insane by H.P. Lovecraft. He’s obsessed with the summer of 1934 when Lovecraft lived in Central Florida with teenage fan Robert Barlow. The fan was gay, but no one knows what his relationship was with Lovecraft. On January 7, 2012, Charlie, who has been institutionalized, goes missing and is assumed dead. Although the police say it’s suicide, Marina is determined to find out the truth.

Marina Willett – a psychotherapist, she loves Charlie but doesn’t trust him. She’s been taking care of him for too long and has issues. She also suffers from guilt, comes from a Jewish background and tends to be very controlling and reclusive, without many friends. She’s cool and logical, but also determined and brave.

Charlie Willett – unhinged, suicidal and with many a prescription, he’s a non-fiction writer facing a scandal about a book he’s written on Lovecraft. Charlie isn’t exactly in tune with reality. He’s skinny, stooped and scraggly, with light-brown skin. He collects old Star Wars action figures, likes watching Lost on DVD and is fascinated by the other inmates at the institution where he is committed. He cheated on Marina, breaking up their marriage, and searching for the truth about Lovecraft is perhaps filling some sort of void in his life.

Marina Willett – Marie Elizabeth Winstead, fresh off of 10 Cloverfield Lane. She has a poker face that feels tough and professional, but can hide a deep-seated anxiety. She plays incredulous well, and has an approachability that makes her relatable as a main protagonist. This is especially important if a movie adapted her first-person perspective into a voiceover narration.

Charlie Willett – Jesse Williams of Grey’s Anatomy and The Cabin in the Woods. He’s perhaps a little too good looking for Charlie, but being of mixed-race he fits the bill. Makeup, clothing and posture can go a long way, especially if he grows a patchy beard. He also comes across as very intelligent and intuitive, with a calm demeanor. He’d have to find a neuroses he hasn’t shown in most roles yet.

Massachusetts, New York and Florida. I’ve actually been to two of these three places! The first was nice enough, and the politics are certainly to my liking. Except in this case, this is “Lovecraft Country,” where normal men look into the abyss and find madness. New York would be a cool place to be visit, but where the Willetts live in flashbacks, the heart of Manhattan, is too overwhelming for a country mouse like me. And Florida I’ve lived in, for seven years, and it’s just too damn hot.

What did Spinks mean? I wondered. Did he believe that books are souls, that writers live on in the bodies of their readers? It seemed like a very Lovecraftian idea of reading, to say the least. But on the other hand, I couldn’t feel that he was entirely wrong.

I’m a little burned out on first-person perspective. It seems so limiting. That being said, it’s refreshing to switch between perspectives in such an effortless manner, and La Farge is clearly a talented writer. As I indicated above, with the many modern authors riffing on him, the Lovecraft well has nearly gone dry, but to stretch this metaphor there may still be a little water at the bottom. La Farge has clearly done his research, and it shows.

The novel takes place over a century and jumps all over the east coast of the United States. It covers everything from fandom high and low to anthropology and complex questions about morality. It even manages to weave in such historical cameos as Isaac Asimov and William S. Burroughs, yet doesn’t feel pandering in the process. The research and air of authenticity is so impressive as to leave me wondering where the reality ends and fiction begins.

But most importantly, it’s entertaining. Marina’s perspective is meticulous and insightful, and the inclusion of letters, annotated journals, old Lovecraft entries and even pictures lends the whole endeavor an air of verisimilitude. This is an impressive feat, and it makes me want to see what else La Farge has to offer.