Bookshots: 'The Dark and Other Love Stories' by Deborah Willis 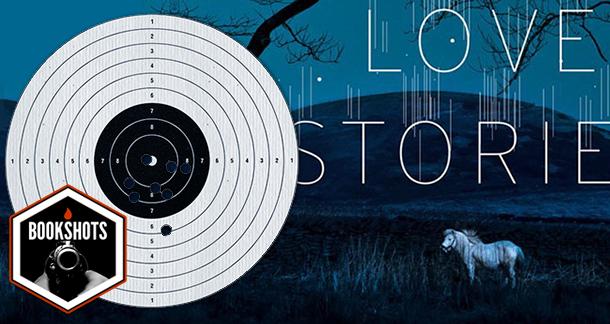 The Dark and Other Love Stories

[Willis's writing] is doubly impressive because she’s working within the confines of the short story medium, and can break a reader’s heart within minutes compared to a novel’s hours.

The work consists of thirteen short stories. Here’s a few quick loglines: A drug dealer’s girlfriend goes on a mission to Mars as part of a reality TV show. An alcoholic father has Halloween misadventures with his son. Two girls get their kicks from breaking into houses and stealing small trinkets.

Well, there’s quite a few, but I’ll rattle off some of the more memorable ones. Amber, from the story “Girlfriend on Mars,” ditches her drug dealer boyfriend for another planet. Eddie, from the story “Todd,” moves into a new apartment that is inhabited by a crow that won’t leave. Lauren, from the story “The Hole,” finds a hole in her home that only gets bigger and bigger, and she’s the only person that can see it.

I’m only going to do one here. Sam Elliot would have to play The Hawk Man from “The Passage Bird.”

The majority of the stories take place in Canada. Canada is cool, especially considering our current political climate here in the states.

I’ve now watched the video over and over, in the obsessive way a man might watch pornography that he happens to find on the Internet and that also happens to star his wife.

Collections are tough to grade. They’re like mix tapes. You hope for more hits than misses, and I’d say Willis succeeds here in that regard. Out of the total thirteen stories, there were only a few that I didn’t care for. That’s a totally respectable ratio, all things considered. As with all collections, some of these stories stand out more than others. “Girlfriend on Mars” and “Todd” are absolutely harrowing, and easily my top two favorites. Stories like “The Dark” and “Welcome to Paradise” capture the female friendship dynamic in a way that’s scarily accurate. Throughout the book, there’s the ongoing theme of love—either of the unrequited variety or one of heartbreak—and Willis does an excellent job of making you feel those emotions. This is doubly impressive because she’s working within the confines of the short story medium, and can break a reader’s heart within minutes compared to a novel’s hours. As I mentioned, not every story worked for me. “Last One to Leave” was a chore to get through and there were some instances where stories ended a little too vaguely for my tastes. Overall, this is one of the stronger collections I’ve read in a while and definitely worth checking out. The hits far outweigh the misses.