Bookshots: "The Changeling" by Victor LaValle 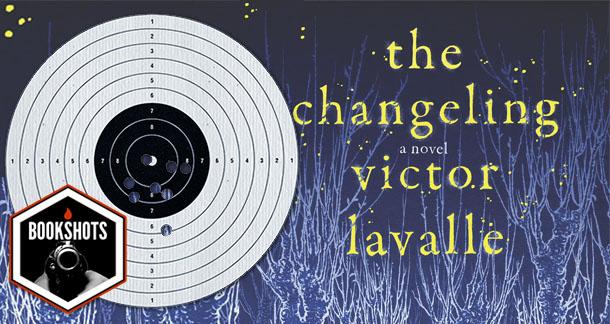 Victor Lavalle, author of the spectacular The Ballad of Black Tom.

A father searches through surreal New York for his wife after she commits an unspeakable act against their child.

I would give it a try, sure.

A thought, an idea, a shared dream; parenthood is a story two people start telling together.

Monsters aren't real until you meet one.

It’s rare for a book to surprise me. It’s even rarer for me to read something and think, “Wow. This is really fucked up.” Yet, that’s exactly where I found myself around page 120 in Victor LaValle’s The Changeling. After 100-plus pages of a very slow burn, I honestly can say I was not expecting the direction the book would take, and I am grateful for not reading much about it ahead of time. Victor LaValle is quickly becoming one of my favorite writers. He’s able to beautifully mix reality and the surreal. He’s also my favorite writer when it comes to the word “fuck”. Profanities read like poetry when LaValle writes them. If there isn’t already an award for that alone, then someone needs to make one pronto and send it to LaValle every single year, even on the years he hasn’t published a new book.

If you’re a fan of dark fairy tales, then this thing has your name written all over it, especially if your name happens to be Victor LaValle, since his name is on almost every other page.

This book definitely benefits from knowing as little as possible, so I’ll just say this: read it. Read the book. Don’t be a jerk. Stop reading this review and go read the damn book.

You won’t be disappointed.

Well, you might be disappointed if you hate good books, I guess.