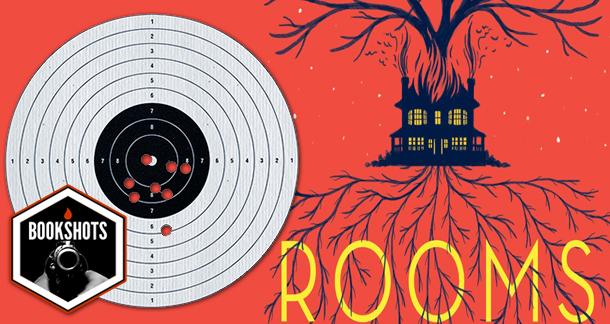 Lauren Oliver, author of the young adult novels Before I Fall and the Delirium trilogy.

The entire time, I kept thinking back to Jean-Paul Sartre’s famous line in No Exit commenting that “hell is other people.” The shoe certainly fits in this household.

After the estranged family patriarch dies, his ex-wife and their children return to his house to prepare it for sale. Things generally start to fall apart as soon as they’re all in a room together.

What the Walls Whispered

The book is split between five main perspectives: Trenton, a suicidal teenager, his nymphomaniac sister Minna, and their vodka-guzzling mother are the living protagonists. The house’s ghosts, Alice and Sandra, offer their own (very opinionated) points of view.

I could see Jennifer Lawrence playing Minna in a similar vein to the dysfunctional New Jersey housewife she portrayed in American Hustle. Catherine O'Hara would have to be Caroline, the alcoholic mother.

Even the fireplace has baggage in this house, so I think I’d have to pass.

We’ve nested in the walls like bacteria. We’ve taken over the house, its insulation and its plumbing—we’ve made it our own.

Whether or not you’re able to enjoy Rooms depends on how you answer one question: does a book need likable characters in order to be an excellent reading experience? If your answer is yes, you might want to make a different selection.

The characters in Rooms are built on flaws rather than strengths. They’re tired, cynical, corrupt, and sometimes petty. Each is vividly drawn, but I never found myself rooting for any one of them—not even the ghosts, which are not depicted as a supernatural force so much as people who are still trying to live their lives in a prolonged state of purgatory. Likable or not, it’s the actions of the characters that propel the pages forward in Rooms. The entire time, I kept thinking back to Jean-Paul Sartre’s famous line in No Exit commenting that “hell is other people.” The shoe certainly fits in this household.

On the positive side, the writing is consistent with Oliver’s earlier books for young adults; fluid, illustrative, and with an occasional hint of the quixotic. But in Rooms, the language is liberated to meander towards more mature metaphors, constantly creating startling juxtapositions of the cordial and the repellent. The author paints images of a vagabond girl with ratty hair and green eyes the color of good marijuana, or “peach trees with fruit drooping like tits, and summers that slapped you in the face like a dog’s tongue.” The similes can occasionally get a little out of control, but they’re poetic and rarely cliché.

Towards the middle of the book, a burgeoning plot regarding a missing girl begins to surface, but any real action is quite slow coming. I read the first title in Oliver’s Delirium trilogy when it came out, and I enjoyed it. In a mire of YA dystopian fiction, the clear voice and carefully crafted writing stood out. Rooms couldn’t have been more different in direction. Whereas the heroine of Delirium fought for love and freedom of expression, Rooms is populated by a cast of people who look only inward and seem content to wallow in the pain of the past.

It’s unfair to judge a book by whether or not it makes readers “happy.” The best literature often strives to take audiences to some very uncomfortable places, or to pose less than popular ideas. Lauren Oliver is a talented author, and I’ll probably try more of her work in the future when it debuts. But I could never quite get to the bottom of the “so what?” question with Rooms. Life (and even the afterlife) is hard, and people get hurt. So what? Well, I’m still not really sure. 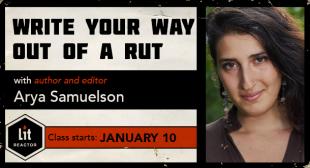