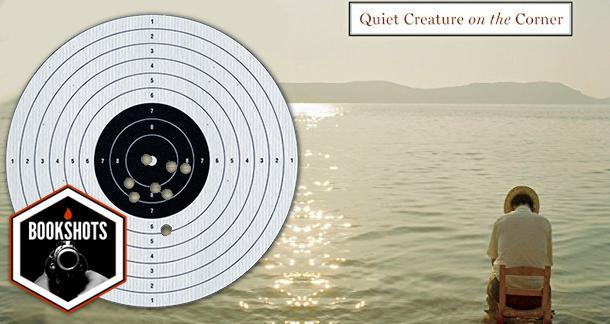 I found no empathy or understanding, and I can't say that I was any closer by the end of the book.

After he is jailed for committing rape, a young poet is released and brought by mysterious benefactors to a countryside manor.

The Years As They Pass

The work of César Aira. The subtle tinge of horror made me think of Vlad by Carlos Fuentes

Someone completely unknown, and I think Quiet Creature would probably work better as a play.

The narrator is taken to the Almanova Clinic in the countryside, which sounds peaceful, but reads as a very strange and disorienting place where the other inhabitants seem to age in rapid bursts. I think I'd give it a pass.

The poem I was writing spoke of a farewell, and in that farewell exploded a hatred that tore through everything: ripped curtains, the walls to sawdust, blood on the lapel.

Quiet Creature on the Corner is a thin book translated by Adam Morris from Portuguese into English for the first time since its original publication over two decades ago. In Quiet Creature, Noll creates a kaleidoscope of events and images, often taking place on top of one another.

At the beginning of the book, the narrator rapes his neighbor, a young girl singing out behind an abandoned building. The scene between them is spartan, the reasons for the actions not provided. There's a sense throughout Quiet Creature that the narrator is at least as confounded by his life as the reader is, and I often found that rather unsatisfying. I wanted to know what would motivate someone to do the things that he does. But our poet just moves onwards instead of inwards, drifting wherever he's led by these strangers who take him in. I found no empathy or understanding, and I can't say that I was any closer by the end of the book. That may even be the point, but it's a frustrating point.

For such a slim volume, Noll doesn't rush to go anywhere fast. He toys with perception and time, jumping from one place to another so abruptly, I had to retrace my steps at several points to determine whether I missed some vital step. But no, Noll seems to be saying, that's just how time works. One moment you're young, the next you're not. Just when a clear narrative begins to appear, the reader is upended again.

My reading experience was a bit like wandering through an art exhibition where maybe you don't necessarily enjoy or understand all the pieces on display. Instead they make you think, and leave you feeling unsettled.