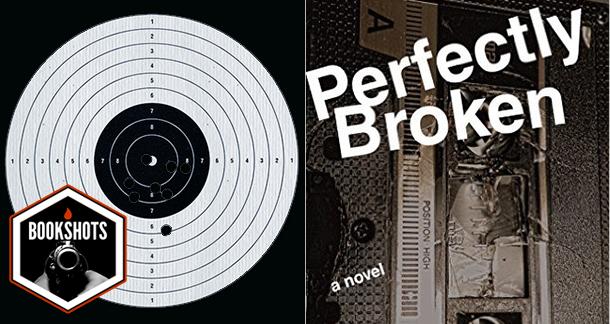 This is a good book, a solid book, well written and well thought through, but that it could be a great book if given a little more length.

Grant Kelly, thirty-something ex-rocker, moves to the Catskills from NYC with his wife Beth and son Evan. They are renting the house from their unhappily married friends. Rock-god Paul Fairchild is their son’s godfather. Relationship meltdowns of various types and intensity ensue.

Is it okay to say Warren writes like a woman? This book reminds me of early Anne Tyler or Ann Patchett. If you like them, you’ll like this.

Jake McDorman from the TV series Limitless. He’s a little young for the part, but he has the right amiable, stoner quality for Grant.

The Catskills doesn’t sound that different from that small snowy corner of Norway that the Murphys call home, so yes.

If I had a fraction of Paul’s money, we’d just send fuck you checks to the landlord.

I think this is the first time I’ve ever said this about a book, but Perfectly Broken is actually too short. I’m not saying this in a fangirly I got to the end and never wanted it to stop kind of way — although this is a book that I enjoyed — but in the sense that this is a good book, a solid book, well written and well thought through, but that it could be a great book if given a little more length.

What needs expansion? This is a character-driven work — more about who than what happens — and that means the people in the story matter. We need to know them inside out and outside in and for the most part, Warren does a good job of bringing them to life, especially Grant, the mildly depressed husband and father who’s slowly and painfully coming to terms with the fact that his youth is over and that soon he’s going to be boring his teen son and friends with stories of how he almost got to be famous once.  Grant, who suffers from the exact loss of personality and drive that stay at home mothers experience, doesn’t always bother to get dressed in the mornings and, though he loves his kid dearly and is on the whole a good parent, finds himself obsessively cleaning the kitchen to stave off feelings of suicidal boredom and anomie.

Been there, done that one. I also immediately recognized Trip and Christa, the couple who have adopted a child to distract themselves from the fact that they now hate each other, and Paul, the friend who made it big when one of his songs is picked up for a Nike commercial. Warren lays bare the tensions and the jealousies which run between these friends with surgical skill. Beth loves Grant, but has a thing for Paul, although she’s less aware of this than her husband. Paul envies Grant his child and also his ability to not be a giant asshole most of the time. Christa is realizing that being a mother might be mostly downs and hardly any ups. All of this is beautifully done. The lacks are in the periphery and I feel over-critical for even bringing them up, but they do make the difference between good and great. Beth’s brother Billy, on whom an important plot element hinges, gets one brilliant scene where he and his witless New Agey sponsor Zoe have a dig at Grant and Beth over their parenting skills, but generally he’s a cipher and so is his relationship with his sister. Paul’s wife Melora also plays a key part in a climactic scene, but she’s underwritten and that lowers the stakes. Though the focus is on Grant, Perfectly Broken is essentially an ensemble piece and I found a couple of the voices were tuned a little too low.

But these are niggles. Warren has produced a fine, enjoyable book. I’m looking forward to the next one.