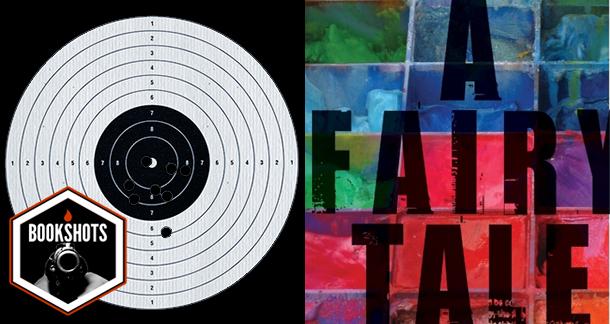 This isn’t crime fiction, so don’t go into it thinking your going to find the next Sarah Lund or Kurt Wallander.

Winner of the BG Bank First Book Award for his book Amina’s Letters, Jonas Bengtsson has been a rising star in the Danish literary scene. His second novel, Submarino, won the PO Enquist Literary Prize and was made into a film. A Fairy Tale was a finalist for the Danish Radio Literature Prize for Best Novel of the Year.

An ‘alternative’ father tells his son the tale of a king and a prince as they journey through Denmark.

I would call it: Fairy Tales Are Darker Than We Think

The Wasp Factory is the book that comes to mind, with its dark heart of secrets and unconventional families, surrounded by a young boy's journey to discover himself.

Mehmet Faruk — not his real name, as we never learn that — starts the book as you would a journey, giving us a video clip of his lives, first as a young boy with his itinerant worker father in the black market economy of Denmark, then as a teenager in a nice neighborhood of Copenhagen, before becoming a sometime painter who pays the bills by working for the Post Office.

His whole life influenced by the fairy tale his father created for him as a child, Mehmet never escapes that dark story of a prince traveling with his father, the king, on journeys that bear more than a little resemblance to the original stories the Grimm brothers told so many years ago.

I think a young Haley Joel Osment (circa Sixth Sense) would probably work in the role of the unnamed boy, while the older Mehmet would suit Liam Hemsworth (of Hunger Games fame), although I don’t know how he’d fit in the teen role. I picture the older character as a glowering outsider who just gets by, rather than the handsome man everyone wants to know.

Reading this, I was reminded of the Scandinavian crime fiction I’ve read in the last few years, not to mention the movies (Let the Right One In) and TV shows (The Killing) set in the darker, colder north of Europe. I don’t think I’ve ever felt I could live there comfortably.

"You have to help me find the door in the wall,” he says. Then the carer lets us in.

This is an odd book, which is hardly surprising as it's set in a world far away from my own in terms of the mindset of the character. I found myself intrigued as to where it was going, the journey leading places I hadn’t considered in any detail.

Mehmet is compelling, describing his world through the eyes of a budding artist; it almost feels like you’re there. The people and places are vivid, with lives and thoughts of their own — the mark of a good storyteller.

The 'fairy tale' created by his father wends its way through the story, providing a counterpoint to the real life events, but somehow the story of the King and the Prince reflect and even influence the narrative. Ultimately, the tale ends with Mehmet's actions, blurring the lines between reality and fiction.

While I understand some of Mehmet’s motivations, I can’t say I liked the ending. Something about it captures the bleakness of living in a place with overly long winter nights. This isn’t crime fiction, so don’t go into it thinking you're going to find the next Sarah Lund or Kurt Wallander. If anything, I guess I was hoping for more for Mehmet, but I guess the author leaves room for that after the events of the book.