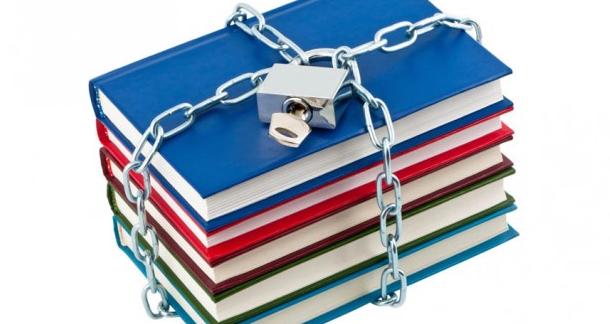 Last week Salon.com reported that seven textbooks and Shakespeare’s The Tempest had been banned from the classrooms of the Tucson Unified School District because they are part of the curricula of classes within the Mexican-American studies program. That’s right, Arizona Superintendent for Public Instruction John Huppenthal is making good on his campaign promise of eliminating the program because it violated a state ban on “ethnic studies”.

…OK. If the 2010 ban in question isn’t horrifying enough, the statement from TUSD is downright Orwellian. You see, according to spokespersons for the district, it

…has not banned any books as has been widely and incorrectly reported…seven books that were used as supporting materials for curriculum in Mexican American Studies classes have been moved to the district storage facility because the classes have been suspended as per the ruling by [superintendent] Huppenthal.

So the books haven’t been banned, they’ve just been disappeared. The “removal” of the offending texts even extended to the personal property of teachers, according to one instructor:

We were told by our principal that we need to comply with the law and that…our own personal copies were not to be on our book shelves either. It seems obvious to us that being made to take certain books out of the classroom—even when used as reference books and not class sets—is censorship. How can not allowing teachers to use these books, even as reference material in a traditional U.S. History course, not be interpreted as banning those books?

The district denied banning The Tempest (?!??!), saying it and other approved books were still viable options for appropriate classes. However, teacher Curtis Acosta says he was told not to teach the play using the “nexus of race, class and oppression” or “issue of critical race theory”. In an interview, Acosta characterized this action as a de facto ban:

What is very clear is that The Tempest is problematic for our administrators due to the content of the play and the pedagogical choices I have made…Shakespeare wrote a play that is clearly about colonization of the new world and there are strong themes of race, colonization, oppression, class and power that permeate the play.

TUSD administrators might want to go back to the canon and check out another often banned book, 1984, for pointers on how to run their school system.

Joshua Chaplinsky from New York is reading a lot more during the quarantine January 19, 2012 - 11:59am

Why does Arizona hate Mexicans so bad?

Dwayne from Cincinnati, Ohio (suburbs) is reading books that rotate to often to keep this updated January 19, 2012 - 12:00pm

How can I get myself on their banned list? It would be great for sales.

You could write something that focuses on race relations and ethnicities, or something that undermines the authority of the United States government (they've brought back the alien and sedition act too, apparently).