The Confessions of Q.R. Markham 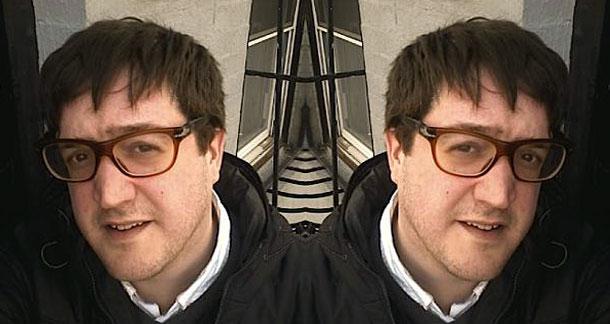 For those of you who haven't been living under a rock for the past few weeks, Q.R. Markham (Quentin Rowan) should be a household name by now, and for all the wrong reasons.  Just in case you missed it, we'll dish out the short version: Markham released a spy novel through Mulholland Books that ripped from a ton of different authors.  He got caught, got his contract nixed, and then went off the grid for a little bit to hide his shame.

You can read more about the incident HERE if you need a refresher.  If not, let's move along to the next development.

So far, Markham has been fairly candid when answering questions about his copy and paste job on Assassin of Secrets.  He was confronted by a blogger and didn't really dance around the issue: he appeared to be honest, remorseful, and a little bit crushed by the whole thing.  Now we've got something a little different from Markham on the issue.  After some deep self-reflection, he's decided to write a post detailing his whole take on the matter.

It begins with what we already know:

Just over three weeks ago, I was publicly exposed as a thief—someone who stole other people's words and tried to pass them off as his own. I copied and pasted passages from some of my favorite authors of spy and thriller fiction—Charles McCarry, Robert Ludlum, John Gardner, Adam Hall—and made a kind of collage out of them that was published under the title Assassin of Secrets by Little, Brown. I used a pseudonym, Q.R. Markham, that was itself borrowed in part from Kingsley Amis. The book remained on the shelves for just five days before thousands of copies were recalled and pulped. It received some good reviews, was picked up by the Book-of-the-Month Club, and even made a best-of-2011 list. It was a dream come true.

Markham then goes on to describe his great fear of being exposed as a plagiarist, comparing it to being outed as a rapist or pedophile, and even though this would eventually come to pass, he offers a glimmer of resolve, saying: "...the fact is I’m still here, still standing, and still sober for 15 straight years."

Markham then goes on to describe the fallout:

But in a very short period of time—we’re talking hours—the revelation of my crimes turned my life upside-down. I lost my job in the Brooklyn bookstore where I was a part owner, my beautiful girlfriend left me (and the apartment we were going to share), and my future in the only field I know anything about, books, came to ignominious end. Many of my friends and associates turned their backs on me right away. Others stepped forward to provide comfort and solace. Some felt like they had probably never truly known me and it made them uncomfortable. Others didn't need an explanation at all. One thing, I believe, they all felt was confusion.

1.) I'd like to know how he was forced out of the job if he was part owner.  That seems to warrant further explanation.

2.) Sorry dude, but if you're girlfriend left you over this shit, then that goes to show you she was in the relationship for the wrong reasons. Tell me this, Mr. Markham: was she an aspiring author?  If the answer is "yes" then I think you can figure the rest out for yourself.

Moving right along, Markham then proceeds to attempt an answer at what most people are asking: why did you do this?

His explanation begins many years ago:

I was 20 years old, and trying to write a short story for the first or second time when I came upon a paragraph I liked from a short story by B.S. Johnson called What did you say the Name of the Place was? It was so easy to do, as easy as picking up a drink, if you think about it. The lifted paragraph perfectly fit my narrative. And it temporarily assuaged the awful feeling I had in my head that I was no good as a writer. In retrospect, maybe that's when I transferred my obsession from drinking and drugs to plagiarism. My addiction didn’t disappear; it simply morphed into something else.

Markham then more succinctly describes his battles with plagiarism like this:

Between the first piece of writing I stole in the library all those years ago and the debut of my fake spy thriller, I struggled with plagiarism in the same way others struggle with smoking, sex addiction, food addiction, and gambling.

So this is where we divide into two camps: the people that think this is a bullshit excuse and those that accept the explanation as genuine.  I know, some of you are probably thinking, "Really? He's trying to play the addict card for this shit?" but you have to keep in mind that this guy has been jacking other people's work for years--many, many years.  Perhaps there's some degree of truth here, and as much as I don't want to refer to James Frey, I can't help but recall his "an addict is always addicted to something" line.  Probably not a direct quote, but that's the gist of it.

More from Markham on being caught:

Before my book came out,  whenever I thought about being discovered, I thought about killing myself. Would I jump off the Williamsburg Bridge? Take pills? Slit my wrists? But when the dreaded call from my publisher finally arrived, I knew I couldn't end my life. In the five minutes between hearing I’d been busted on the James Bond forum and the big conference call with the publisher, I had to make a choice. I opened my window, and thought about climbing out. Then I paused for a moment.  Maybe I'm just a wimp, but in that moment I realized there were too many people I loved on this earth to leave it. I'm still alive mostly because of AA.

The media and the internet called me names I probably deserved to be called, like the worst plagiarist in history, a fake, a fraud, a douche, and a poor dumb bastard. They said that I had balls of steel and brains of lead, and looked like a fat John Lennon or Carlos the Jackal. One commenter encouraged people to cut off my fingers. Another responded that "snuffing this loser" wouldn't be worth the "wear and tear on my silencer or the bullet." And this one, a favorite: "Odds are I could just hand him the gun and (at this point) he'd do it himself." Everyone loves a train-wreck.

This is the backlash one would expect, and in the age of the Internet where no one is really accountable for what they say, the level of cruelty is at its maximum.  Yes, people are calling him names and flaming him, but as I'm sure Markham has realized, the Internet is beautiful in that you can make that all go away by clicking that little 'X' at the top of your browser.  To look into yourself any more at this point would just be self-torture. Yes, everyone loves a trainwreck.  It's how US Weekly sells magazines and it's how the Kardashians can turn a botched marriage into profit.  Markham is simply the literary version of that, like Frey and Howett before him.  He's topical now, but surely not the last to be burned at the literary stake.

It does irk me a bit that throughout Markham's entire post, not once does he offer an apology.  Perhaps he feels he served his penance.  If you've got people coming at you from all sides calling you "fat" and "douche" and "dumb bastard," will the apology even matter?  Markham ends the post on a rather optimistic note saying that he's ready to start his life over, but also well aware that he's going to be dodging bullets for quite some time.

Joshua Chaplinsky from New York is reading a lot more during the quarantine December 1, 2011 - 10:10am

That being said, there's definitely something to the addiction thing. People in recovery tend to latch on to something else, whether it is religion or exercise or animal husbandry. To what degree he is using that as an excuse, it's hard to say. It does seem like he's trying to make people feel sorry for him. But a crime is a crime. You wouldn't feel bad for a serial rapist who says it isn't his fault because he is addicted to rape. EVERYTHING can't be a disease. There has to be some accountability.

Also, Fat John Lennon is a bit of brilliance.

NotMarilyn from Twin Cities, MN is reading Mistress of Rome by Kate Quinn December 1, 2011 - 10:27am

Not sure I buy it. If there was an addiction involved, it was to attention. Most attention whores play the victim card, and often... "I lost my job, my girlfriend left me, I thought about killing myself..." Because you got caught? Please...

But, you can bet he's getting all the attention he can handle now. I don't think he cares as to the reason. No, he won't be taken seriously as a fiction writer, but can you smell the non-fiction, Tell-All brewing away on his laptop: "Why I Lied..." Thanks to self-publishing avenues, it won't matter if a publisher doesn't pick it up because readers will. Everyone does love a train wreck.

Americantypo from Philadelphia is reading The Bone Clocks December 1, 2011 - 11:46am

Yeah, screw this guy. Cutting and pasting other people's work? That's called a collage. If it was presented that way, he might have gotten some respect for being able to put so many random snippets of text together in a new and interesting way, but to present it as something new then seek some kind of empathy for the depression he dealt with and claiming it as an addiction? Sounds like a cry for help. Next time just take the whole bottle.

Pay back the advance and shut up QR. You are not a fat Lennon, you are a fat Chapman.

I was going to just say "boo-hoo Markham" but then I realized the guy has psychological issues and may not have fully grasped the scope of what he was doing. So I say boo-hoo with a tinge of feeling sorry for him.