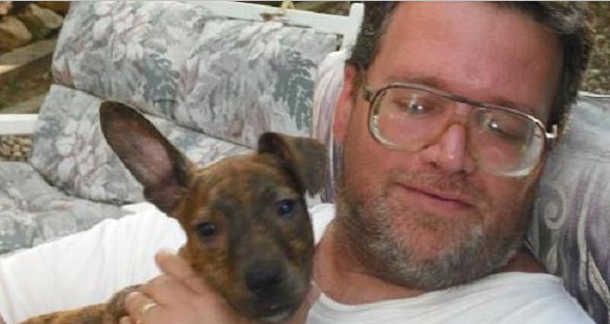 You may all know by now, because we talked about it before, but Tom Piccirilli, author of amazing novels such as The Last Kind Words and Shadow Season, is very ill. He underwent surgery to remove a brain tumor a few months ago and he's currently undergoing intensive chemo and radiotherapy. Here's the last update his wife Michelle gave through Facebook:

Hello, this is Michelle with an update. Tom has two weeks and two days left of treatment. Then he will get a break for one month while the swelling in his brain goes down. Afterwards he will have another MRI (sometime in January) to see if all the doctor's, nurse's and tech's hard work has paid off. Once the swelling goes away we are hoping Tom will be able to see again well enough to type.

Seems like Tom's in the heat of the battle right now, but rejoice. There are new ways to help him. Dark Regions Press is releasing his latest novel The Walls of the Castle, and will give a good chunk of the profit back to the author, to help him deal with the tremendous cost of his treatment. 20% of the hardcover profits and 100% of the eBook sales will go to Tom. Here's a bit more about The Walls of the Castle.

In the labyrinthine maze of endless corridors, annexes, and wings of the enormous medical complex known as the Castle prowls a grief-stricken man determined to redeem himself and bring justice for those victims incapable of doing it for themselves.

During the four months that his son lay dying, ex-con Kasteel lost his job, his wife, and nearly his mind.  He became a fixture at the Castle, a phantom prowling the halls in the deep night, a shadow of his former self until he faded from sight and was forgotten altogether.

Now, without any life to return to, he takes it upon himself to become the Castle's guardian.  He lives off the grid hiding among the hundreds of miles of twisting passages, rooms, offices, and underground parking structures.  Despair, confusion, and terror are the natural state and trade of any hospital:  Not only must the patients endure disease and infirmity, but others are victims of physical and sexual abuse from the outside world or from cruel security guards.

In the psychiatric wing's day rooms and gardens long-suffering patient Hedgewick is Kasteel's only friend.  Hedgewick sees his father's ghost and claims to fight in a gladiatorial arena while the hospital guards bet on the winners.  Kasteel and Hedge often meet in the Fool's Tower, a ten-story high steeple once used to quarantine yellow fever victims a century ago, overlooking acres of gardens.  A place where family members go to pray for their loved ones, and the distraught often commit suicide.

But a new name is now whispered in the Castle: Abaddon, the ancient name for the angel of death.  A brain-damaged woman has visions and speaks only to Kasteel.  Abaddon is a killer, a man lost to the Castle like Kasteel himself, wandering the corridors searching out victims.  Even as Abaddon hunts the innocent, Kasteel hunts Abaddon, eager for a final showdown that may at last set him free.