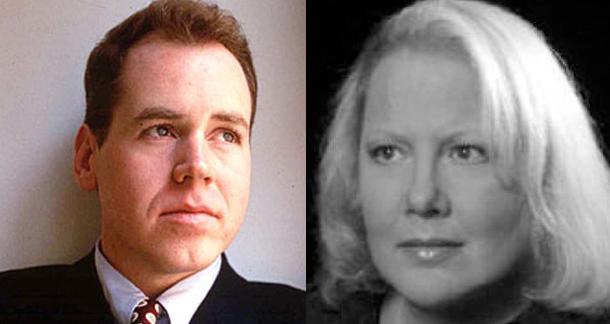 Nikki Finke, the head of Deadline, is really mad at Bret Easton Ellis, and is reportedly threatening to sue the American Psycho author. Ellis, for his part, doesn't seem worried:

Anyone in the movie industry who fears they have to "watch out" for Nikki Finke is a complete and total old-school fucking Hollywood loser.

So, what happened? Word around the block is that is was sparked by this tweet by Ellis, from June:

I'm not sure if this is good news or bad news but I just found out that Nikki Finke lives in the same building as I do in West Hollywood...

The thing is, Finke, a controversial Hollywood gossip maven, enjoys her privacy. A lot. To the point where, at one time, Gawker offered $1,000 for a current photo of her. (Gawker verified that, while Finke isn't listed as owning any units in the building, the company she works for, Penske Media, does.)

Word around the block is that Finke was furious that her place of residence was outed on Twitter, and called up International Creative Management, the agency that represents Ellis, and threatened to sue. She apparently tore into the agent's assistant after failing to get the agent on the phone, which, you know... not cool.

Nikki Finke called one of the agencies that reps me and threatened to sue me AND to destroy them as well. Fortunately the agency was ICM.

While Ellis was radio-silent on the issue for the past few days, he gave us a bit of an update a few hours ago, noting that Finke is writing "hectoring, threatening, vaguely litigious e-mails" to the building's owners.

Nikki Finke accuses staff in our building of "outing" her to me. A joke. None of them know who the fuck she is. I found out at a dumb party.

I love that Bret Easton Ellis is on Twitter.

Joshua Chaplinsky from New York is reading a lot more during the quarantine July 17, 2012 - 8:16am

He can be a dick, but I love Ellis for this.

Also, is it just me, or do those two kind of look alike? Maybe Ellis is Finke! Put a wig on him and blammo!

That's a bizarre observation, Josh, but you're entirely right.

And yeah, this guy never ceases to amuse.

This article has just convinced me to start a twitter, even if the only person I follow is Mr. Ellis. I hope she does sue, and the judge laughs in her face.

Well, celebrities are already public figures; online reporters are not necessarily, so it may not be full-on hypocrisy, unless she's claiming to be doing it in the name of totally open society or some other principle.

Class Director
Rob from New York City is reading at a fast enough pace it would be cumbersome to update this July 17, 2012 - 9:48pm

Good point, WilliamX1. Thanks for contributing!

His twitter page is a strange and confusing place, but I kind of love this story line (that's what I'm calling it).

JY--She's a particularly notorious one, though. I think there is a difference between what public figures do in public and what they do in private. If you invade ANYONE's privacy, and then guard your own to this level, you're at least a bitch.

^ If she's the "give away details of the celebrities' kids' school schedule and eating habits" -type, then I can't say I have sympathy.