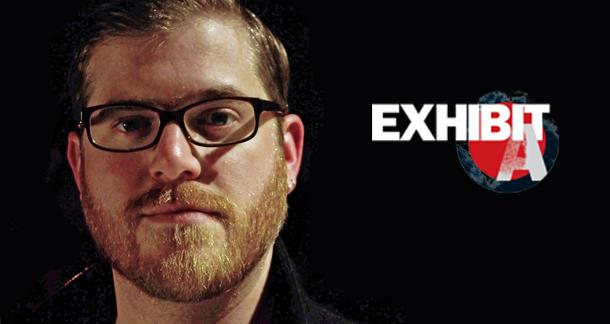 Rob Hart, LitReactor's Class Director and Senior Editor, has signed with Exhibit A Books, the crime imprint of Angry Robot, for his first novel, New Yorked. It's tentatively scheduled to come out early next year.

It's a double-whammy for Team LitReactor, as the deal was brokered by his agent, Bree Ogden of the D4EO Literary Agency, who is also the site's class facilitator and sometime-instructor.

Here's what Rob had to say about the deal:

Exhibit A is a great house, and along with Angry Robot, they're putting out great books. They're on the right side of issues like DRM-free eBooks and print/digital bundling. And they're distributed by Random House, so they've got the guts of an indie, but with serious reach into bookstores. I couldn't ask for more.

There's a lot to be happy about and a lot of people to thank, and right at the top is everyone at The Cult and LitReactor. Everyone. This is where I cut my teeth. Without these communities, I wouldn't be here.

And here's a little bit about New Yorked:

Ash McKenna wakes up on the floor of his apartment with a vicious hangover, no memory of the previous night, and three voicemails on his phone. The first is from Chell, the woman he loves, terrified she’s being followed. The second is static and click. The third is news that Chell has been murdered.

Ash vows to track down her killer and make him pay in blood. In the process, he clashes with a drag queen crime boss, uncovers a mysterious military-grade jump drive, and stumbles into a live action role-playing game with a hardboiled theme.

Beaten, exhausted, and drowning in conspiracy theories, Ash is forced to face the memories of his tumultuous relationship with Chell, his unresolved anger over his father’s death, his feelings of displacement from the city where he was born—and the consequences of his own violent tendencies…

Want to know more about the deal? There's more info on the Exhibit A Books website, and on Rob's website.

Congrats, Rob - that is great news for you!!!  Will have to tell us more on the next podcast!!

Joshua Chaplinsky from New York is reading a lot more during the quarantine February 11, 2014 - 8:26am

Handsome and talented. What a jerk.

Dino Parenti from Los Angeles is reading Everything He Gets His Hands On February 11, 2014 - 12:09pm

Way to kill it it, Rob! Look forward to reading it,

Dwayne from Cincinnati, Ohio (suburbs) is reading books that rotate to often to keep this updated February 12, 2014 - 7:20am

Jeff from Florida is reading Another Side of Bob Dylan by Victor Maymudes February 12, 2014 - 2:33pm

Way to go. You're like the wolfpack leader right now. Good for you.

Class Director
Rob from New York City is reading at a fast enough pace it would be cumbersome to update this February 12, 2014 - 3:30pm

Thanks for the kind words, everyone. I am excited as a bunny on crack about this.

And I'll have some more on this next week...

Congrats, Rob! So happy for you.