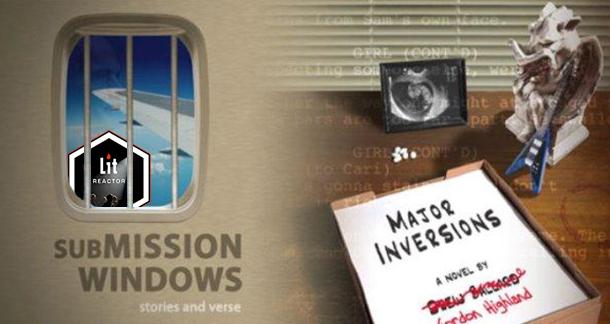 This week we’re focusing the spotlight on Gordon Highland.  Gordon’s the author of two novels and recently released a short story collection titled Submission Windows.  He’s been a member of the Litreactor Community since 2011 and was a strong presence in the community-run event WAR2, where he made it into the top six.

After his second novel, Flashover, the idea of starting another adventure of that scope seemed daunting.  But what made him turn to the short story?

I had never historically been much of a short story writer. But I still had that writer's junkie itch, characters whispering in my ear to tell their tales, and the same ceaseless curiosity about all things unfamiliar. It made sense to focus on shorts for the time being. Meanwhile, my band was kind of stillborn, yet I continued to write songs unabated, stockpiling them for who-knows-when. Then, about a year ago, I found myself with a rare months-long block without any evening project obligations, so I entered the WAR2 battle for an asskick. Never thought I'd make it as far as I did, but from that font of inspiration and competitive motivation emerged several viable new stories. I was on a roll, and that continued well into this year. 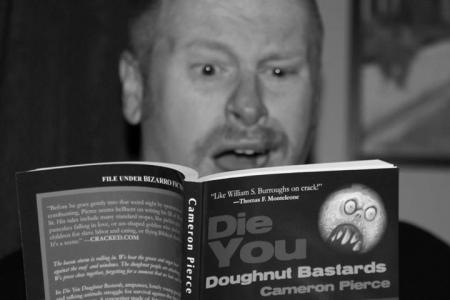 Another consideration in producing a collection was one of convenience – not only for himself but also for the reader.  And if you’re thinking you might just wait for the next Highland collection to hit the shelves before you commit to buying, don’t hold your breath.

Story collections don't sell, everyone says. Not that I'm in this for the money, obviously. Some of my peers' collections have been chapbook-sized, and that format never appealed to me. I don't want to have to buy four of the damned things, or a bunch of singles cluttering up my Kindle; just give me one solid collection per author. So, really, I created Submission Windows for convenience. I was thinking of my friends who aren't voracious readers, who want to be supportive but can't buy every anthology I've got one measly story in. Fine, boom, here you go: a single volume, priced as cheap as allowed, suitable for bathroom companionship and goldfish attention spans. Everything's in there, about half reprints and half unpublished, so you won't see another one from me for a long time.

The book includes not only the short stories you would expect, but also poetry.

The reason for including verse was because I never really had an appropriate vehicle for it before. They've filled several Moleskine notebooks on my shelf, and I hosted some on my web site for a while, but I doubt many visitors dug that deep. Submitting them to poetry journals never held any interest for me. They tend to be more personal, while disguised in metaphor and allegory and exaggeration and viewpoint shifts. But also, since many of them are meant to be accompanied by music, I wasn't (and still am not) sure how well they hold up naked on the page. Hopefully they don't detract from readers' interest in the rest of the content. These selections comprise a small percentage of what I've got in the archives, but I think they're the best ones (and sometimes downright silly), mostly from recent years.

For anyone considering putting together their own collection, or just curious about the process, I asked Gordon to explain the grouping of the stories and how they fit together as a whole.

Putting Submission Windows together was hella fun, actually, and I'd been tinkering with it for probably nine months. Full-term, you might say. I've been known to suffer from a bit of premature nostalgia, so revisiting all that older material was nearly as exciting as the new jams, both in having a chance to revise them and composing their end notes (which I hope people find amusing and insightful). Nearly every story is improved from its original version, to varying degrees. As for its order, I'm always thinking about the reader experience—whether that's in sequencing something like this or plotting a novel—and while you could argue for different placement here or there, it flows, making it easier to read several stories per sitting. It's not by genre, exactly, but common elements and themes. There are some celebrity stories grouped together, musical ones, crime/noir, religion, justice, etc. Elements of each of those are still found throughout, surprising myself as much as anyone. I also recognized those same commonalities in my poems, which served to bridge those stories like interstitials or commercials. 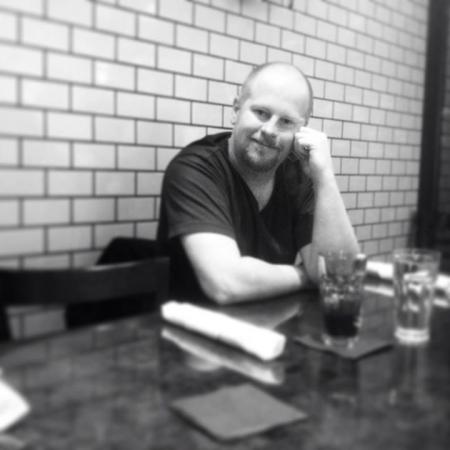 Gordon has successfully put on three different writer hats:  novelist, short story writer, and poet.  His techniques vary from medium to medium and he was nice enough to tell us a little about the process.

While I use pretty much the same process for writing either shorts or lyrics, I see novels as completely different endeavors from shorts. It's not just an extended story, and the scope is what necessitates this. Sometimes a great short is like a biopsy of a larger world, one that's been developed well enough that the reader can imagine stuff in the periphery that's not explicitly described. Other shorts can be effective rendered as simple vignettes without any classical structure or deep characterizations or even an ending. I draw from a much larger bag of tricks and techniques in the novel form. It's like the difference between closeup street magic and a grifter running the long con. I'll do weeks and months of outlining, research, and charactering, because I don't have time to find myself in dead ends later. I must know the cast completely, beyond just their desires, but their interactive histories and tendencies and capacity for change. I have to construct the universe(s) the book takes place within. Give the supporting characters subplots and delude them into being heroes, too. Once I start putting actual words down, I don't like having to think about that stuff anymore, just focusing on ratcheting up tension at the scene level, keeping the reader engaged, and getting them to wherever they need to be next. When it comes to the words, though, crafting phrases and manipulating rhythm, yeah: same thing in any form.

Finally, if you know me at all you know I love food and the discussing of said food.  When thinking of a nice comfortable end to the article I had to go for favorite food.

Kansas City ordinances mandate that I claim barbecue as my favorite food, and I do have an unhealthy passion for burnt ends sold in a gas station, or a well-marbled, blackened ribeye. But I think I've gotta go with jambalaya. Especially from The Cheesecake Factory. Hells, yeah.

There you have it.  Gordon Highland is the writer of great novels, short stories, and verse.  He also has great taste in food.  I was fortunate enough to see some of these stories in their earliest form through WAR2 and I can vouch for their awesome.  Submission Windows is on my bookshelf and it should be on yours as well.  If you haven’t read any of his work, I recommend it all!  If you don’t want to take my word for it, check out the preview from Submission Windows that Amazon gives you.  You’ll be convinced.

Andrez Bergen from Melbourne, Australia + Tokyo, Japan is reading 'The Spirit' by Will Eisner November 19, 2013 - 1:27pm

Congrats Gordon, submission windows is next on my reading list :)

one of the nicest guys i know, and he's always busting his ass. and he's a very talented writer, too. the literary trifecta. not to mention he is one of the funniest people i've ever met. kudos.

Well, hello there. This spotlight is warm. Could I get a blue gel on that PAR 64 up there? Helps obscure the bruising and track marks. I'll be sure to wipe down the pole when I'm done.

Richard, how am I funny? Do I amuse you? Funny how? Like a clown? Because, y'know, that's cool; I'll take the laugh however I can get it! (I do a terrible Joe Pesci impression, btw.)

And Em, that's a tall order, following Dr. Jones. Maybe a little palate-cleanser is in order? A few saltines, fifth of whiskey, or Mind Eraser.

Dino Parenti from Los Angeles is reading Everything He Gets His Hands On November 19, 2013 - 5:25pm

Gordon writes some killer shit. Major Inversions is a hilarious, sad, nihilistic, and oddly hopeful little trek through the lives of musicians. Can you say sharp-ass prose? Flashover's sitting on my shelf to-be-read, and I just ordered Submission Windows. I only wish I could've gone up against him in WAR2; picking my entrails and teeth from the mud afterwards would've been worth it.

Who the hell is Gordon Highland? Is he the Scotch ale guy?

Gordon, that first picture makes it look like you discovered a typo in the middle of a reading.

Y'all are the bestest. Dino, it's been a while since I've seen any Major Inversions love, so that brings a smile to my face. And CJR, if I ever manage to get my hands on any of my namesake ale, I promise to share. The empty bottles, I mean.