Lenore Hart Under Fire for Plagiarism 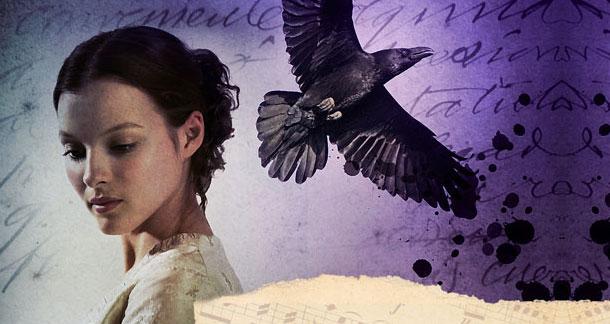 After the whole Q.R. Markham thing, I was sure this would happen again.  I just didn't think it would be so soon.

Alas, within a mere few weeks of the plagiarism scandal that rocked the publishing industry, another author by the name of Lenore Hart finds herself in the eye of the proverbial storm.  The big difference this time is that the publisher is standing up for their author.

So let's break this down: the book, The Raven's Bride (St. Martin's Press) is being charged with literary fraud for lifting passages from The Very Young Mrs. Poe by Cothburn O'Neal.  Both novels use Virginia Clemm as the main protag.  If you're not familiar, she was the first cousin and child bride of Edgar Allan Poe who inspired the poem “Annabel Lee.”

Playing the role of the accuser is spy novelist, Jeremy Duns, who has supplied citations of the two works.

From The Very Young Mrs. Poe:

Beyond Hopewell and the confluence of the Appomattox, the James grew narrower and wound in great loops around Bermuda Hundred. Further on, the current was swifter, foaming against gray boulders and lush green islands which twisted the channel torturously.

From The Raven’s Bride:

Beyond the confluence of the Appomattox, the James grew narrower and wound in great loops about Bermuda Hundred. The current ran more swiftly there, shoving its relentless force against gray rocks and lush low peninsulas which twisted the channel into a shallow treacherous serpent whose narrow back we must ride.

Looks like it's Q.R. Markham all over again, but St. Martin's maintains its stance that they are content with Hart's defense of the accusations--essentially, that herself and O'Neal drew from the same sources.  They issued this statement:

As Ms. Hart’s publisher, we have taken time to consider the allegations carefully, rather than responding prematurely to demands for immediate action made by third parties.

In April 2011, when these allegations first came to our attention, Ms. Hart supplied a detailed response, which cited her research into biographical and historical sources, and explained why her novel and Cothburn O’Neal’s The Very Young Mrs. Poe contain certain details of place, description and incident. As Ms. Hart explained in her response, of course two novels about the same historical figure necessarily reliant on the same limited historical record will have similarities. We have reviewed that response and remain satisfied with Ms. Hart’s explanation.

Keep in mind, there are plenty more passage comparisons which make it quite obvious that this is another hack job.  You can check it out HERE.

St. Martin's can play the "deny, deny, deny" card all they want, but the evidence is clear as day.  I wouldn't begrudge them at all for taking a leaf out of the Little, Brown playbook and cutting the chick loose.

Joshua Chaplinsky from New York is reading a lot more during the quarantine December 8, 2011 - 2:48pm

Hm... how does limited historical record translate to THE SAME FUCKING SENTENCES?!?!?

R.Moon from The City of Champions is reading The Last Thing He Wanted by Joan Didion; Story Structure Architect by Victoria Lynn Schimdt PH.D; Creating Characters by the editors of Writer's Digest December 8, 2011 - 9:00pm

Uggh... Another one? Has every possible story been written that we have to resort to copy and pasting other people's work? How many more do you think will come out in the next six months?

Has every possible story been written that we have to resort to copy and pasting other people's work?

No. But are people lazy and willing to get a few bucks standing on someone else's shoulders? Yes.  Hollywood is creeping into the literary world. Now we're going to see more "licensed" plaigarism masquerading as "retellings" - at least there are 1) those that will always hunger for originality, 2) those with the means and drive to publish said originality, and 3) those keeping said originality free from the hands of those insistent on taking short cuts, i.e. stealing.

This is theft, pure and simple, no different from unlicensed sampling.  The original author should get a cut of her sales, such as they may be.

NotMarilyn from Twin Cities, MN is reading Mistress of Rome by Kate Quinn December 9, 2011 - 7:30am

@ R.Moon - I'd expect at least one more before the end of the year, no doubt brought to the attention of the public by Lenore Hart's publishers or an affiliate to take the heat off of her. It does come in threes, after all. Sad.

Do publishers not check the work before they publish? I know the whole "we trust in our authors" bullshit is given as a reason for not doing this, but it's so easy to check for plagiarism that anyone can do it. This alone should make them say screw the trust nonsense. Better to have an author pissed that you didn't trust him than have your credibility and professional reputation ruined by one that can't write their own books.