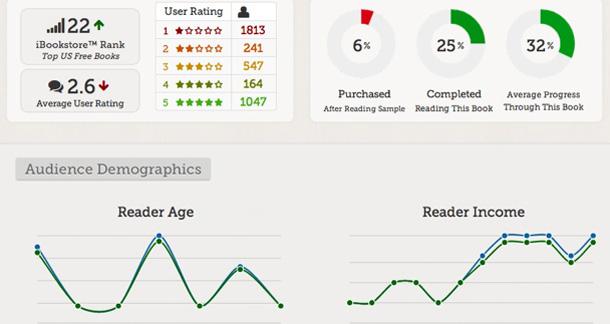 It's no secret that your Kindle, iPad, or Nook is gathering data on you as you read, but compared to web publishers—who can use Google Analytics to see all manner of creepy things about exactly where you are located, what you're looking at, and how long you spend on any given page—eBook authors and publishers still know very little about how readers interact with their products.

Software developers James Levy and Sohail Prasad were not happy with the limited data provided by eBook retailers, so they decided to take a break from actually writing their book about big data to create Hiptype, an in-depth analytics tool for eBooks. While big eBook retailers currently restrict the information they give to publishers and authors to things like sales, ratings, and reviews, Hiptype's founders wanted to know more about reader demographics, how many people actually finished a book, how fast they progressed through a book, which sections grabbed them the most, and which sections bored them to tears... those sorts of details. 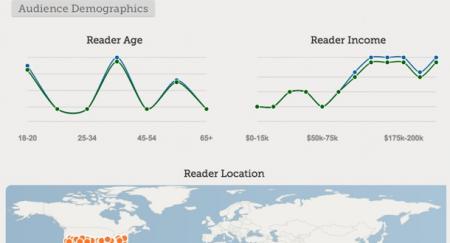 Levy and Prasad aren't the first to create a product to give detailed eBook analytics, but others require publishers to go through a specific eBook store, which is limiting. Hiptype's only limitation (and it's a fairly big one but one that should sort itself out over time) is that the plug-in works with any HTML5 device (so iPad, Kindle Fire, etc.) but not with eReaders that use e-ink (standard Kindle). 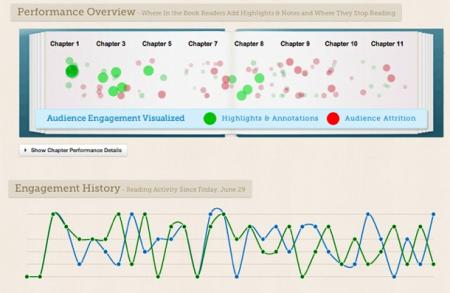 The founders suggest that the additional data could be used to test various versions of a book before publication, like the literary version of a screen test, or to determine which sample chapters would be most effective in converting readers to buyers. Levy says:

Publishers don’t know the DNA of a successful book, and they don’t know how to build an online marketing campaign without the right data. Thus far, publishing has been ill equipped to move fast enough to adapt and prosper in the digital age. Imagine running a business, and not knowing how customers use your product ... not knowing why your customers share your product with their friends, and how that predicts future sales. This is essentially the publishing world in 2012.

It's fascinating data that could be used to market books more effectively, but it could also be used to turn publishing into a paint-by-numbers game that forces writers to change their books in order to ensure mass-market success. What do you think? Useful tool to help sell books or dangerous move toward the Jerry Bruckheimer-ing of literature?

Kind of reminds me of 1984, with the use of machines to write books. Maybe this could be helpful in explaining the great mystery of why so many terrible books become bestsellers.

I don't like it. I read an article on WSJ about something similar. It worries me that publishers will start only looking for things that have already sold well (more than they already do) and be looking at demographics rather than looking for new, mindblowingly good writing.

For example, I have read 10 different versions of Pride & Prejudice. Some are set in high school and some simply set in the modern world. I've also watched films which do the same. But all of them maintain the exact same plot of the original. I love Pride & Prejudice, but I have arrived at a point where I avoid anything that mentions it as a direct inspiration or modern re-telling.

Unfortunately, a large portion of the readership will buy just about anything that re-captures the magic of their favorite books. I hope that we see a shift in favor of unique, entertaining, and well written books, but something will have to happen to show the publishing industry that it is a beneficial path and that prizing creativity above popularity can also be beneficial.

Sorry, that was longwinded! I'm pretty bored this evening and am feeling chatty, but everyone is already asleep here :-)