George R.R. Martin Wants You to ‘Fuck Off’ 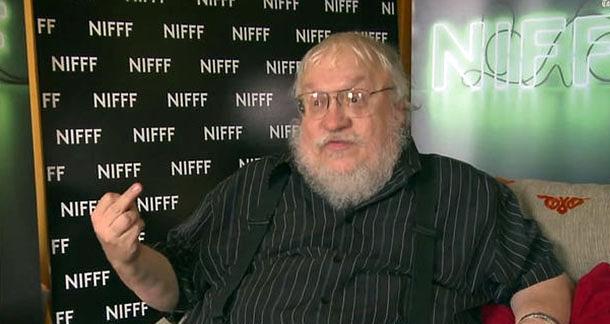 Image from Tages Anzeiger's video interview, via the Guardian

In his latest attempt to reclaim his personal life, George R.R. Martin tells impatient Game of Thrones fans to ‘Fuck off.’

When asked by Tages-Anzeiger, a Swiss daily newspaper, what he thought about his fans’ concerns that he might die before finishing A Song of Ice And Fire, he responded:

I find that question pretty offensive, frankly, when people start speculating about my death and my health, so fuck you to those people.

This is just the latest in a string of impatient remarks made by demanding fans. In the past, readers have gone so far as to claim that Martin shouldn’t be attending conventions or touring because it keeps him from writing.

Since this a nonbiased news article, I’ll have to quote Neil Gaiman when I say: "George R.R. Martin is not your bitch.”

"You should not have a life outside making the thing I want happen! You BETTER not die!" Geez, people, chill.

Dwayne from Cincinnati, Ohio (suburbs) is reading books that rotate to often to keep this updated July 12, 2014 - 7:47pm

Forget this guy, if he doesn't want to write the rest of the series he never should have put out the first one.

Joshua Chaplinsky from New York is reading a lot more during the quarantine July 14, 2014 - 5:17am 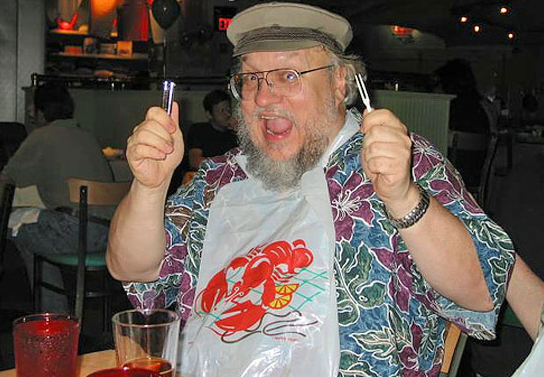 Dwayne from Cincinnati, Ohio (suburbs) is reading books that rotate to often to keep this updated July 25, 2014 - 5:23am

Maybe I'm a jerk, but once you get a few million I loose a lot of sympathy for your work complaints.

I'm guilty of feeling that way about his writing. While I can appreciate that it's sort of callous to feel that way, it goes along with the territory. He's created an entire world people have become engrossed in, he can't be surprised people are impatient to find out what happens.

Perhaps he can work on the author's version of 'Turn the Page.'