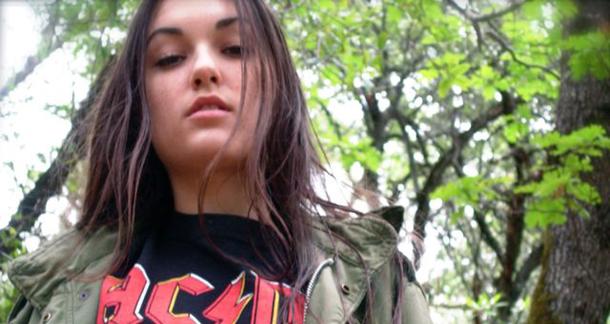 Here's Grey talking about the deal, as excerpted by Deadline:

The Fight Club reference might just be an attempt at clever marketing, but still, I'm intrigued. Will you read this? I'll probably read this.

I hope her writing is better than her acting. I'm still mad at her for ruining Entourage.

Color me curious. This is one of those books for which I'll definitely check out the excerpt first. "Look Inside," if you will.

Class Director
Rob from New York City is reading at a fast enough pace it would be cumbersome to update this September 21, 2012 - 7:57am

Emil, the cognitive dissonance of your statement (no hard feelings over calling someone brainless) is remarkable.

If you disagree with someone, do it in a constructive and respectful manner.

EDIT: And down comes the banhammer...

Joshua Chaplinsky from New York is reading a lot more during the quarantine September 21, 2012 - 8:11am

I will read it if it sounds interesting. I'm not going to judge her for the dirty, dirty things she did on film. :D I am all for anyone trying to write that wants to do it, especially if it is fiction and not just another ghostwritten celeb biography. Obviously, from the reading to children thing, literacy is important to her. More power to her. I'll support it.

At least it's not a Kardashian sister, amiright?

I know nothing about her so I'll reserve judgment until the work is released. It's an interesting premise, though, depending on how it's carried out. I can imagine equal cases of brilliance and catastrophe.

have to admit, that sounds interesting.

Jane Wiseman from living outside of Albuquerque/in Minneapolis is reading Look to Windward by Iain M. Banks September 21, 2012 - 10:08am

Doubt I'll read it-- too many other great things to read out there, and I have to admit, I'm always suspicious of people who publish by trading on their celebrity in other fields.

Jane summed up my feelings on this quite nicely. Thanks, Jane!

Agree with Michael Riser - - thankfully not a Kardashian!

That said, probably won't actively seek it out but if it landed on my desk, I would give it a look through.

"I hope her writing is better than her acting."

Took the words out of my mouth. I wonder if she didn't have sex on camera for money, would this book even see the light of day? "Hollywood" is sickening. Controversy and sex over substance. To each their own.

What the hell did I miss for someone to get banned?

I enjoyed the hell out of it.

Dino Parenti from Los Angeles is reading Everything He Gets His Hands On September 21, 2012 - 3:35pm

I agree with Jane on the celebrity bit. That said, I would never discourage her from giving it the old college try:)

JEFFREY GRANT BARR from Central OR is reading Nothing but fucking Shakespeare, for the rest of my life September 21, 2012 - 4:45pm

She was great, in that thing I saw her in.

Legitimate dramatic acting? It's like watching a cardboard cutout of Princess Leia act.

Considering what supposedly prompted Palahniuk to write 'Fight Club,' I'm not sure he'd be on board with this.

Anyone here watch Californication? The concept reminds me of Fucking and Punching. Which I'd really like to read if written by Hank Moody. Sasha Grey, Not so much.

I'll give it a shot!

I have less than no interest. It reminds me of when Traci Lords wanted to do "real" acting. Does anyone really care?

When so many deserving authors can't find publishers it amazes me that so many people will read a book like this or one by the Kardashians. For the most part these people have no talent and just got a contract based on their name, that's it.

But that's just my opinion.

I thought Craig Ferguson's novel was very good. Never read any of Steve Martin's or Carrie Fisher's. I mean, those people are all actors. Jim Lehrer has written 20 novels.