First Trailer for Peter Jackson's 'The Hobbit' Is Here! 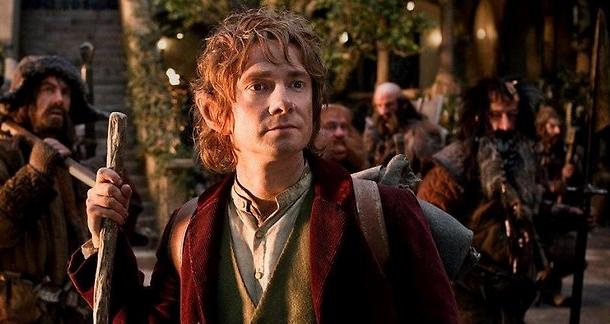 It's still hard to believe that movies based on JRR Tolkien's The Hobbit are actually happening. Years of legal wrangling and a failed start with director Guillermo del Toro made it seem like we'd have to live with Peter Jackson's The Lord of the Rings trilogy as the only cinematic interpretation of Tolkien's work--which, admittedly, is not a bad thing to live with.

Then Jackson stepped back up to the plate, made the brilliant decision to cast Martin Freeman as Bilbo, and said he'd make two films out of The Hobbit (my understanding is the second serves as a bridge into The Lord of the Rings films).

Even then I thought: This is too good to be true.

And then this. The first trailer for The Hobbit: An Unexpected Journey.

I don't even know what to say. What is there to say? This trailer is fire and glory and magic. I will now go watch it a million times in a row.

This movie is gonna be tits!

Totally agree. Can it be next December yet?

Joshua Chaplinsky from New York is reading a lot more during the quarantine December 21, 2011 - 9:16am

Martin Freeman was a great choice for Bilbo.

Oh. God. I'm so excited. This made me tear up a little.

Thanks for bringing this to our attention!

I have a need to see who is playing Smog.

It takes a special kind of person to effectively deliver that line.

I love the song in the trailer. Pure epicness, although I think The Dark Knight Rises trailer was better than this one. The Hobbit will kick that movie's ass though!