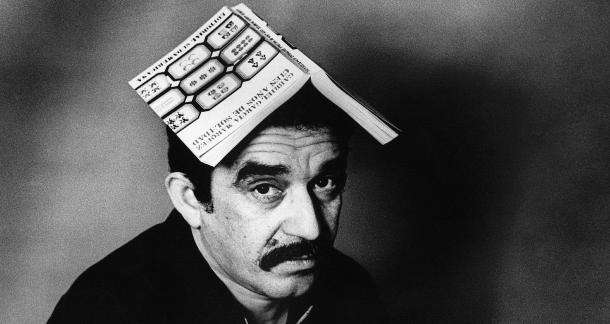 Authors tend to ruffle feathers now and again, but does the occasional controversial book warrant government oversight? The U.S. Federal Bureau of Investigation (FBI), it seems, would answer yes.

First, the agency was so concerned with Ray Bradbury’s “communist leanings” that it launched a 10-year investigation into the famous writer; now, evidence has come to light proving the FBI also spied on Colombian author and Nobel Laureate Gabriel Garcia Marquez, reports Telesur.

According to recently declassified documents, the investigation into Marquez began when he visited New York in 1961, and didn’t conclude until 1985—three years after he won the Nobel Prize for Literature. A February 1961 memo found in the documents written by FBI director J. Edgar Hoover states, “In the event he [Marquez] enters the U.S. for any purpose, the Bureau should be promptly advised.”

The reason behind monitoring the author and journalist isn’t exactly clear, but it may have something to do with his connection to Presna Latina, the press agency in Cuba.

“Considering the fact that this Colombian guy was in New York opening a Cuban press agency, it would be unusual if he was not being spied upon,” Marquez’s son, Rodrigo, has stated when asked about the investigation, adding that his father once made a comment about being followed by a group of men that seemed to communicate through whistling.

Garcia Marquez was a known friend of Fidel, and was “hyper-critical of U.S. presence in Latin America” up until his passing in 2014.

What do you think of the FBI’s historical spying on authors? Was the investigation into Marquez or Bradbury a safe bet, or was the agency being as paranoid as a dystopian science fiction novel?

A person born in Colombia is COLOMBIAN.
Unless he was born in Washington, Distrcit of Columbia.