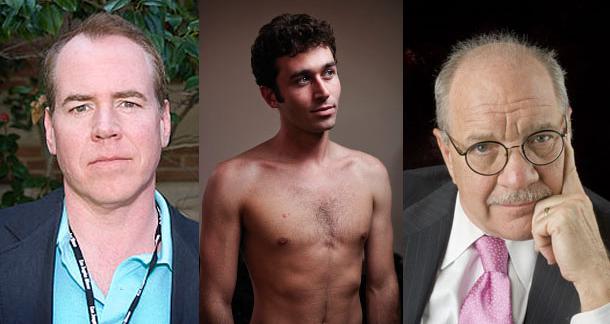 Of course, all of this is playing out on Twitter.

Ellis has tweeted a few references to the project, including this, which he posted on Jan. 22:

James Deen is my first choice to play Christian or Ryan in LA noir micro budget Paul Schrader movie I’m writing. Nudity and acting a must…

While there aren't too many details available about this "LA noir micro budget" project, it's not the first time Ellis and Schrader (director of The Walker and Auto Focus) have worked together. More from /Film:

The noir is slated to be Ellis and Schrader’s second collaboration. Last year, Schrader boarded Ellis’ Bait, about a young man who takes revenge on the wealthy by throwing them into shark-infested waters. Ellis’ other upcoming film project is Downers Grove, a high school-set thriller.

Everything about this makes perfect sense.

Joshua Chaplinsky from New York is reading a lot more during the quarantine January 24, 2012 - 7:05pm

I don't blame him, the guy has got a nice weiner.  Go Ellis!  Team Deen.