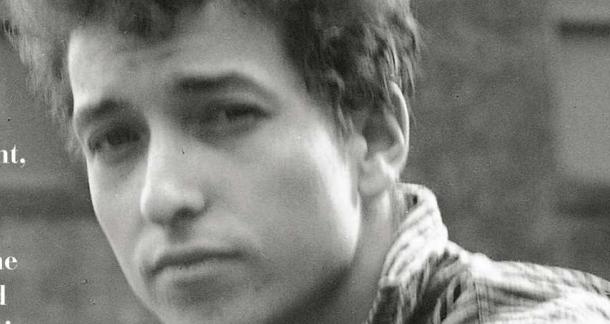 How many roads must a man walk down before he can win a Nobel prize for Literature as a writer of songs?

The answer, my friend, is the precise number of roads Bob Dylan has walked.

Dylan was announced as the winner of the Nobel Prize for Literature today. And no, not because he wrote a secret book that you're just now hearing about. Dylan is being awarded for his songwriting.

Some might say this is a little like awarding a gold medal for a swimming event to a team of rowers. They're pretty closely related, right? Water? Fit people near the water?

Others, however, would say that song and literature are related at the roots.

The Swedish Academy explained its decision and credited Dylan as

Many authors disagreed with the choice, however.

I'm a Dylan fan, but this is an ill conceived nostalgia award wrenched from the rancid prostates of senile, gibbering hippies.

Gary Shteyngart had a bit to say as well:

I totally get the Nobel committee. Reading books is hard.

And Hari Kunzru wasn't afraid to get political:

This feels like the lamest Nobel win since they gave it to Obama for not being Bush.

However, Salman Rushdie felt it was a good choice:

From Orpheus to Faiz, song & poetry have been closely linked. Dylan is the brilliant inheritor of the bardic tradition.Great choice. #Nobel

As did Joyce Carol Oates:

I am ecstatic that Bob Dylan has won the Nobel. A great and good thing in a season of sleaze and sadness.

Dylan wasn't considered a frontrunner for the award as of last week. It looked like things were leaning towards Don DeLillo, Haruki Murakami, Javier Marías or Ngugi wa Thiong’o.

What do you think? Good, new direction for the award? Travesty? Ill conceived nostalgia award wrenched from the rancid prostates of senile, gibbering hippies?

it was the last prize from Nobel I thought had some strong candidates. I hate Bob Dylan. Anything meaningful he did was fifty years ago. So many better songwriters to choose from. Srsly.

Delillo and Murakami (the only other nominees I've read) deserve it ahead of Bob in terms of their craft. So, now I guess the Booker's still reasonable (I even had the pleasure of reading How Late it Was, How Late by James Kelman. Probably the most profanity-ridden thing I've ever read. 1994 Man Booker Prize Winner.)

Community Manager
helpfulsnowman from Colorado is reading But What If We're Wrong? by Chuck Klosterman October 13, 2016 - 5:36pm

Now I know which prize to really read up on!

Yeah, I'm a big Murakami fan. I think that aspect of the decision makes it a little more sour for me. I can't say I feel like Dylan has done more for the written word than Murakami.

Sigh. Listen (or read) to some of his more recent stuff. Start with 1999's "Things Have Changed" and take it from there. If you don't find a line like "All the truth in the world is just one big lie" or "You can't be wise and in love at the same time" meaningful, well, I can't help you.

Community Manager
helpfulsnowman from Colorado is reading But What If We're Wrong? by Chuck Klosterman October 14, 2016 - 11:09am

I'd put up a Murakami quote against a Bob Dylan any day.

Why do people have to be this lonely? What's the point of it all? Millions of people in this world, all of them yearning, looking to others to satisfy them, yet isolating themselves. Why? Was the earth put here just to nourish human loneliness?

I hear the Homer/Virgil argument, and I highly doubt anyone will know Bob Dylan's name in a thousand years. But hey, if they do, I guess I'll look like a REAL idiot 900+ years after I'm dead.

but what have they sung for us lately?

Community Manager
helpfulsnowman from Colorado is reading But What If We're Wrong? by Chuck Klosterman October 15, 2016 - 10:42am

I liked Virgil's shit from before he sold out.

I don't know, I think the entire Nobel group is on some serious mind altering drugs.

Remember who won the Nobel Peace Prize in '09, anyone?

I hope the science one is at least still intact.

Why so pissed off?  A lot of snarky remarky malarky flying through the air in this room. Why the disdain for the songwriter? Is that elite temper I smell burning?

Dylan was the first living poet that I heard. I remember an argument in my homeroom class freshman year about the Viet Nam war. It was an argument prompted by Dylan appearing on a Sunday night tv show, probably Ed Sullivan.

Don't be so quick to dismiss musical verse. I correct myself. The first living poet I heard was Robert Frost at JFK's inauguration, I think. Frost and Dylan have some interesting similarities.

The nasty remarks are pretty similar to what I remember being said about him when he released his first couple of albums. Who the hell did he think he was? A writer. Stupid long haired hippie.

What's to hate about Bob Dylan? You guys are too damn young to act so old.

Jodi Picoult can#kiss my ass. Write a song and you can win a grammy.

I don't think it's anythign against Bob Dylan, it's just the fact that it's the prize for "literature." And it seems like the equivalent of giving, say, a grammy, for writing a poem.

And Correct me if I'm wrong Thuggish, but what I hear being said is that what Bob Dylan writes is not literature.  I find this absurd to the point of guffaw. I just looked up literature, but since I'm too lazy to write it  out for you, you'll have to look it up for yourself. I have a feeling the Nobel Prize Committee might know the definition of the word Literature, even if I don't.

Community Manager
helpfulsnowman from Colorado is reading But What If We're Wrong? by Chuck Klosterman October 17, 2016 - 11:13pm

There are many rewards, financial and critical, for creating good music. For books? They just aren't as plentiful, and the awards that do exist are not that popular. Ask someone to name 5 Pulitzer winners. 5 Poet Laureates. 5 Nobels in literature. Then ask them to name 5 Grammy winners. There's no red carpet for the Pulitzers. So when a usually bookish prize goes towards a musician, it's one less of a very small number of prizes going to writers of books.

To me, it's not about the quality of Bob Dylan's work. It's about the fact that a prize usually given to a writer of books has gone to someone in a field that, though parallel, has very powerful and effective systems for rewarding its stars.

I don't know why I am arguing about this, Dylan certainly doesn't need any help from me. I think it is simply I am so annoyed at the prissy small minded attitude that is being laid on the table here. The words from Irvine Welsh were so nasty and unappetizing, I wished I had spent none of my coin on his last book. I tire of jealous selfish writers who smack their peers in the face.  Dylan  is a member of the writing community. Why exclude him from it?

Community Manager
helpfulsnowman from Colorado is reading But What If We're Wrong? by Chuck Klosterman October 18, 2016 - 6:09pm

If I felt like there was a possibility that a Louis Jenkins or Sharon Olds could be nominated for a Best New Album Grammy for a book of poetry, then I would feel differently.

I think the problem is that there are two discussions here: is songwriting literature is one discussion, and the quality of Dylan's work is another.

The quality question doesn't interest me so much. Because quality is subjective, it doesn't really play into whether or not Dylan is a poet, in my opinion. However, if quality is not a factor, that means if Dylan is a poet, so is Scott Stapp. So is every musician. They do the same thing, at different levels, but they do the same thing. A bad poet is still a poet, and if a songwriter is a poet, than a bad songwriter is still a poet.

Whether or not what Bob Dylan does is literature is a more interesting question to me. And my question is, if it IS literature, then what ISN'T literature? Could someone win a Nobel for writing some really good slogans? Because those have huge power and influence, and writing good slogans is an art. Are product names "literature?" Could one create a body of work by coming up with many, many product names?

But if I'm being 100% honest, I think this was a ploy by the Nobel folks to get people interested in an award they are not interested in. I feel like we're being played like a pack of fiddles, arguing over an award that normally goes to someone who causes us to shurg and say, "Eh, makes sense."