Biopic of ‘The Lord of the Rings’ Author J.R.R. Tolkien in the Pipeline 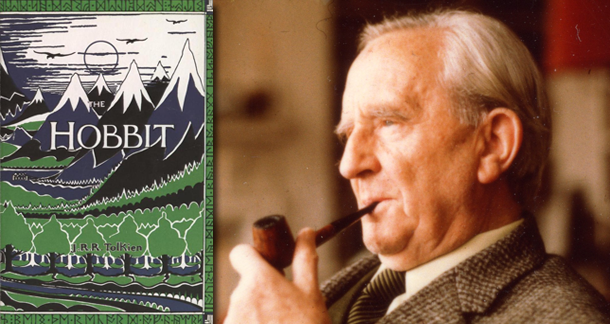 Unless you’ve been living under a rock, you're probably aware of the critical acclaimed work being pumped onto our movie screens about a strange place called Middle Earth, a place inhabited by hobbits, elves, dwarves and monsters. And if, like me, you grew up with the books that were the foundation for these movies, purist or not, you've probably seen a few of them. Now, J.R.R. Tolkien, the author of these tales, may have a biopic headed for the big screen.

Irish writer David Gleeson has written the script, initially called Tolkien, which is currently in the development stage, with Fox Searchlight and Chernin Entertainment on board to produce, according to The Hollywood Reporter.

Set to cover his life from before World War I until he started The Lord of the Rings, the project has been compared to the film Finding Neverland, the movie starring Johnny Depp as J.M. Barrie, creator of Peter Pan. Tolkien served in the British Army in France as a Signals Officer, and participated in a number of assaults in the Somme before being invalided out in November 1916. The things he saw there no doubt influenced his writing, particularly in The Lord of the Rings.

It is unclear whether the Tolkien Estate has approved the project or whether that approval would be crucial to the film going ahead. The film is to cover his life at Pembroke College, Cambridge, before he went to fight in the First World War. It will cover how these formative experiences shaped the work that would go onto receive such acclaim.

I have to admit to only knowing bits and pieces about Tolkien’s life, although one of my older friends actually took one of his language courses at Oxford, but I will go see it. I suspect a lot of people would, wouldn’t you?

The Hobbit: The Desolation of Smaug is released worldwide on 13 December.