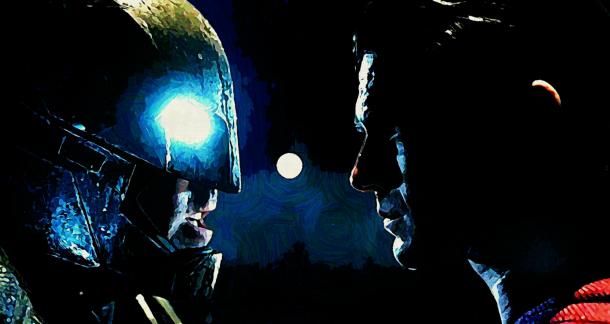 Rotten Tomatoes reviews include the phrases "profoundly dissatisfying," and "a hot, steaming heap of trash." As we all know, hot, steaming trash is the worst kind.

However, as is befitting the cunning Dark Knight, Batfleck has a trick up his sleeve. Or a gadget in his belt.

Affleck is contracted to don the cowl for two more features, and he'll make an appearance in the upcoming Suicide Squad, but after that? According to WME-IMG’s co-CEOs Ari Emanuel and Patrick Whitesell:

...there's a [Batman] script that he's written that is a really cool idea.

The first announcement of this was at last year's San Diego Comic-Con, where there was talk of an Affleck-scripted Batflick being part of Affleck's contract, and that Affleck was co-writing with comic book legend Geoff Johns (Flash, Blackest Night).

What do you guys think? Did you see the movie?

Skygrotto from Southwestern Ontario is reading Europe: A History by Norman Davies April 5, 2016 - 4:52am

There was more there than people have given credit.

But I do acknowledge the glaring glowing errors in it too.