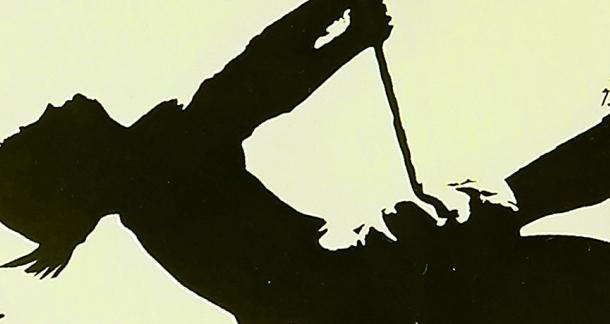 The world has just learned of the passing of Harper Lee.

Lee, of course, was the author of To Kill A Mockingbird and its recent sequel, Go Set A Watchman.

In honor of Harper Lee, here are five remembrances:

1. Harper Lee is a descendent of General Robert E. Lee

2.The character of Dill in To Kill A Mockingbird  was based on Lee's childhood friend, Truman Capote.

The two were kindergarten friends and next door neighbors in Monroeville, Alabama. And it turns out, Boo Radley was real as well, and Capote wanted to put the man in his book Other Voices, Other Rooms. Capote:

In my original version of Other Voices, Other Rooms I had that same man living in the house that used to leave things in the trees, and then I took that out. He was a real man, and he lived just down the road from us. We used to go and get those things out of the trees. Everything she wrote about it is absolutely true.

3. An illustrated, English version of To Kill A Mockingbird  was published in Moscow in 1977 for propaganda purposes.

Included in the introduction was the incorrect assertion that Harper Lee "did not live to see her fiftieth birthday."

4. The persistent rumor that Capote wrote To Kill A Mockingbird  is bunk

Capote wrote a letter to this effect, but some find the other evidence more compelling. History Professor Dr. Wayne Flynt on Capote:

Here's a person who was known for his enormous ego and for his banter and for his self-promotion. Here's a man who wanted desperately to win the National Book Award and wanted desperately to win the Pulitzer Prize and never won either one of them. And to assume, as jealous as he was of Harper Lee's success, he would not have claimed credit for this if he in fact done it, is simply too much for me to believe. So I don't know that we needed this letter, but I suppose it does put to rest some of the naysayers out there and some of the people who have claimed that she really is not a great literary talent.

It's no secret that Atticus Finch, one of Mockingbird's heroes, is based on Harper Lee's father. But fewer know that Gregory Peck, who played Finch in the movie version, became friends with Harper Lee. Harper Lee even gave Peck her father's pocket watch, which Peck wore when he accepted the Academy Award for his role as Finch.

We'll leave you with some words from Harper Lee:

I wanted you to see what real courage is, instead of getting the idea that courage is a man with a gun in his hand. It’s when you know you’re licked before you begin, but you begin anyway and see it through no matter what.

Such a useful article. I love to read  To Kill A Mockingbird and I think that Harper Lee is one of the best writers ever. Even the assignment I completed with the help of https://artscolumbia.org/free-essays/to-kill-a-mockingbird/ where I got a free samples was dedicated to this novel and author. By the way, I didn't know that Dill was based on Lee's friend.