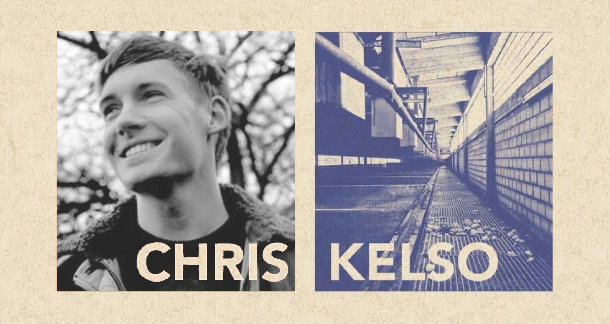 Whether you read bizarro, fantasy, or mind-bending transgressive fiction, Chris Kelso is a name that should be on your radar. Not only is he a British Fantasy Award-nominated writer whose work has been translated into multiple languages, he is also an accomplished illustrator, editor, screenwriter, and journalist. He is a two time winner of the Ginger Nuts of Horror Novel of the Year (once in 2016 for Unger House Radicals and again in 2017 for Shrapnel Apartments). His work is grotesque and surreal and confounding, and has been praised by the likes of Dennis Cooper and John Langan.

This past March, Black Shuck Books published Kelso's The Dregs Trilogy, complete for the first time. It contains the previously mentioned Unger House Radicals and Shrapnel Apartments, as well as the unreleased third volume of the trilogy, Ritual America. It is described as a transgressive odyssey in three installments, and really, that's all you need to know. If you like your narratives challenging and creepy, I highly recommend you check it out.

We talked to Chris about the new book, as well as creating transgressive art in trying times.

You're still relatively young, yet you have over a dozen books under your belt, and that's not counting anthologies you've edited and appeared in. What made you decide to become a writer so early in life?

I decided when I was about 18. I decided that I would forgo any prospect of making a viable living to write a book that was as good as Alasdair Gray’s, Lanark. I should have known that was an impossible, futile task. I also kind of blame writers like Dennis Cooper, Hubert Selby Jr, Burroughs, and Kathy Acker for making books seem anti-authoritarian and punk rock. For making books seem like tools of liberation from control. I also had a lecturer in Neoist pamphleteer Stewart Home who, after two meetings, pretty much encouraged me to chase writing and ditch uni. I was a demonstrably submissive teenager. I was tired of being so passive to authority so I wrote books. I didn’t even consider myself to be that young at 18. And I feel like I’m ready for the Tolstoy-stage of my career already. I’m ready to go on a pilgrimage and forget about punk rock. Writing has given me a mental age of about 75.

I expect your art has been honed and has matured over the years. How has your writing changed since your first book?

I’m ready to go on a pilgrimage and forget about punk rock. Writing has given me a mental age of about 75.

I used to write in a haze of anger. It was immature and unrefined, but maybe (if nothing else) passably authentic. I can’t even look at anything I wrote before 2016. I don’t recognise the angry little brat who wrote it. A pissed-off little incel with a broken ego, weary with affluenza. I think I take time now and I think I write more responsibly. As you get older I suppose you’re expected to. The themes are the same, I just tend not to attack them like a rowdy punk anymore. There’s less to prove.

What draws you to writing challenging, sometimes experimental fiction? Is it the money? It can’t be the money.

It is definitely not the money. It could be something as simple as the liberty from control it offers - a strategic means to achieve freedom from authoritarian systems. From social control, diluted-consciousness, from the prison of standardised language. I’ve never been interested in plot or characters. I think there’s more in the DADA collage or the agrammaticality of E.E. Cummings. It just appeals to something vital in me. Survival: a desire to distance myself from that castrated, timid little boy who is terrified of stepping outside society’s circle of conformity. I’m always trying to outrun him. The day he catches up to me is the day I write some moronic potboiler.

You mentioned certain events you wrote about in this trilogy coming true. Can you expand on that?

I’ll paraphrase a quote I gave for UR Chicago when the first book came out:

Unger House Radicals discussed this worldwide act of surrender called The Great Isolation. It was a true nihilistic statement. The Ultra-Realists, a philosophical terrorist group, were determined to bring about the third and final act in the great play of humanity. I think “The Great Isolation” is what would happen should the fanatics and UR sympathisers dominate our population — we’ll be locked away in tower blocks until we run out of food and eventually die out. They’d say: this is what will happen if we let our conscience catch up with us; that it seems almost inevitable that we’ll crumble under the collective guilt of our mistakes. What’s wrong with accepting our punishment with dignity?

Something like that. Of course, that’s not exactly what happened in 2020, but the effects of isolation are the same. The Ballardian responses of the government were the same. The trilogy predicted a few murders, a few elements of modern cultural anthropology, and perhaps the darkness of reality television. The book was written as a hyperbole of hopelessness. Unfortunately, it doesn’t feel quite so hyperbolic these days.

Unger House Radicals was published in 2017 and Shrapnel Apartments in 2018, yet in the Dregs Trilogy release, Apartments comes first. Why the switch? 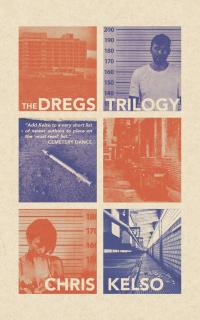 I had actually written Shrapnel Apartments first, but the sequel was an easier sell. In Unger House Radicals I focused on this relationship between the film student and this serial killer, which is a hook. The original publisher put out fairly horror-driven work and Unger House Radicals had this relationship at its heart and a simple enough premise to propel it. The truth is that this isn’t really a horror novel at all. I mean, it has lots of ‘horror’ in it, but I want it to be broader than that. Shrapnel Apartments and Ritual America deal with transient relationships, but nothing that really transcends the superficial. They’re very disjointed and amorphous. UHR is the keystone that holds it together with regards to plot and character. Selling it first actually freed me up to be experimental in the other two instalments, which were always intended as bookends.

Have you considered revisiting this universe in the future? Maybe reveal a few more of its secrets? Or are all the pieces to the puzzle there?

The puzzle is complete, as much as I’m willing to give out anyway. I will never return to this world. It’s too black and bleak. I feel like I should try putting something constructive out there, especially in these grave times. I will say that there is something of a post-isolation quality to the book. Like it was something that had to happen, a reaction of sorts (even though it was written almost four years ago). It’s out of me now. I can’t afford to live in that world any longer. I abandoned the Slave State mythos about two years ago. Who knows, maybe I’m happy?

Dregs trilogy as Netflix series: Hell yes or terrible idea? Who should write and direct?

It might be a terrible idea, but wretched poverty and financial ruin could dictate my decision if someone interesting really pushed for it. It would cost millions and it would bum everyone out. Okay, let’s see – Ari Aster or Lynne Ramsay directs. Dennis Cooper does the script. You know, I might be all turned around on the idea actually…

Buy The Dregs Trilogy from Bookshop