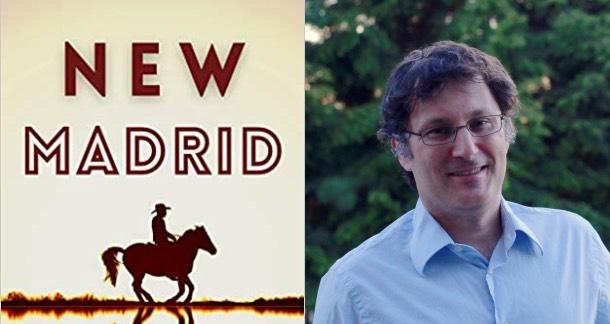 One of the great things this year (a year not great for so many) has been the opportunity to work (and intersect with) a number of interesting authors writing about interesting things—monsters, caregiving, the environment and trauma to name just a few of those things—many of whom I’ve been able to interview on this very site. As the year winds down, it has also been my great pleasure to work with Robert Tomaino on, not only getting his debut novel New Madrid out into the world, but talking to him about writing a western, the Salem Witch Trials, and crafting alternative histories whose themes seem anything but historical. What follows is our most recent conversation.

Please tell me who you are and what we need to know about your book.

I am a medical writer and consultant by trade. A person who works with patient advocacy organizations and the pharmaceutical industry to try and find the best ways for patients and professionals to collaborate. The goal is the same—treatments and cures, and working together is advancing medicine (and saving companies money!). Like many authors, I've written stories my whole life. I am an ordained Internet minister and have performed three wedding ceremonies. I like to cook and cycle, whether on roads or off the trail.

New Madrid grew out of the question: What if the Salem Witch Trials didn't end, but spread across the country? I do feel like the spirit of those trials never left the country's consciousness and we, unfortunately, fall back on rushing to judgement and the refusal to listen or understand other points of view. The novel takes place in 1811, a year marked by numerous incredible events that rival the strangeness of the last two years. That said, it's a fun read with characters people will hopefully remember.

Writing can be a lonely endeavor and it is heartening to realize there is a vibrant and supportive community out there.

You write, "I do feel like the spirit of those trials never left the country's consciousness," and I'm wondering what you think it is about the culture or origins of this country that hasn't allowed us to do so?

Well, I don't know for sure, but I know some early leaders during the Revolutionary era were against breaking free of England and King George. I believe that some people wanted a country where people were free to practice any religion without government intrusion. Others wanted to recreate the structure of England only with their own religion on top. It might be cynical, but they were fine dismissing other religions as England had done to them. It is accepting false narratives, stereotyping, and presumption that creates separation and division between human beings who otherwise all want the same things. If people truly talked (and listened!) to each other they'd learn we all want love, safety, purpose, and kindness. There are always those motivated by greed and other things, but they are not the rule, in my experience.

Staying focused on the country for a moment, while shifting back to literature, why did you feel drawing on the tropes of the Western novel, which is as American as anything, was the best prism to tell this story (and all the themes already identified therein)?

The Old West and by extension the Western genre has always represented possibility and potential to me. The vast, open expanse of the West signaled all the world had to offer for people willing to leave the comfort zone of the East and explore. However, the West, at least as a literary or movie trope, was uncivilized, lawless, and dangerous, fertile ground for the witch trials to continue away from Salem. The history of the era, which includes skirmishes with British forces on the dawn of 1812, relationships (both good and bad) with Native American tribes, and towns springing up and attempting to include people of different ethnic and geographic backgrounds, just worked for the themes covered.

Building on this, what's the importance then of 1811, "a year marked by numerous incredible events that rival the strangeness of the last two years," and the choice to use the very real town New Madrid itself?

New Madrid has an interesting and unique history, which is detailed in the book. The town was begun with the dream of incorporating all peoples and faiths where everyone was welcome to build a life. The struggles of a community during a time where numerous problems face the entire country is fascinating and pertinent to today for me. Some of those issues were man-made—outlaws and the growing hostilities with the British and some Native American tribes, the largest slave revolt in history—teach us that no community can insulate itself from broader problems facing the country. Other issues are not man-made, including the rising Mississippi River, which threatened the town, numerous hurricanes that struck the East Coast, the largest continental earthquake in U.S. history, which suggests that despite everything we do as a people, mother nature still holds the final say.

Seeing you draw mother nature into a discussion that already involves the Salem Witch Trials and like threads, I'm curious how conscious you were about striking a balance in your writing between making political statements, while remaining entertaining?

Outside of some back-and-forth banter between the preacher and the sheriff, politics isn't at the forefront of the novel. It can easily be read without any acknowledgement of the politics. This is a story, first and foremost, about people, and how we all deal with our issues in different ways. And, when there are circumstances that cause us to come together (as in searching for the lost child), problems arise if we cannot see past our differences.

Given your stated inspirations for New Madrid, do you feel literature can make a difference in the current political discourse? 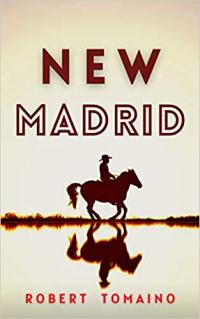 Wow. Again, my book uses politics as a backdrop, and I don't think most people will delve into the political metaphor. As for books in general, I'm not so sure. No one sees themself as the villain of their story. Everyone believes they are the hero, whether they are a Republican, Democrat or Independent. Everyone feels they are fighting from a moral high ground. Unfortunately, a big problem today is that too many people define themselves by their political identity rather than all the other qualities that make us human.

Okay, so can literature serve as a tool for illuminating what makes us human?

Absolutely. The characters in New Madrid have issues they are working through and resisting to change. It is easy to forget that we are always evolving and changing and that is something to embrace not fight. In fact, the character that changes the most is the character who was most rigid at the start, changing motivation from revenge to assistance.

Which work and authors, or artists of any kind, have influenced your work and/or do you aspire to in terms of what their work says or achieves?

I don't actually know how to answer that. I read everything—literary fiction, SF/Fantasy, nonfiction, graphic novels, genre fiction, etc. New Madrid is written in a direct and sparse manner to reflect the main character and to try, at least, to tap into the ethos of the Old West.

I am finishing up a modern take on Alice in Wonderland, which I'm really excited about. I have a 3/4 finished draft from my 20s that's a bit Science Fiction that I may revisit. And, I suspect the characters in New Madrid have more to say as well.

What have I overlooked and/or what would you like to add?

I've enjoyed the interview and thank you for taking the time to work with me. I appreciate it a lot. Writing can be a lonely endeavor and it is heartening to realize there is a vibrant and supportive community out there. It is easy to forget when you're plugging away at the keyboard.

Get New Madrid at Bookshop or Amazon