Zoraida Cordova Writes Fantasy She Can See Herself In 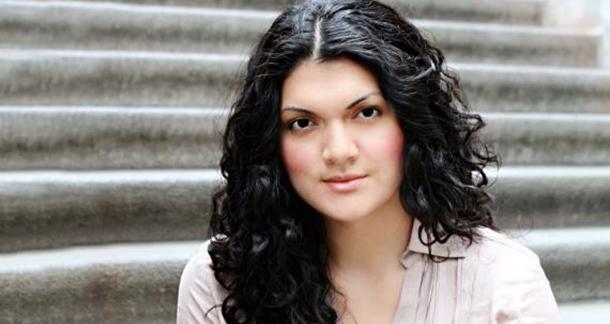 Zoraida Cordova writes fantasy about witches and magical beings because her childhood was sheltered. She grew up in a quiet neighborhood and didn’t have much freedom to wander around with her friends. So the stories she writes are a form of escapism.

“I have really searched for the fantastical things in the world,” she said. “It’s my own way of looking at the world and figuring out why do we do things, why do we exist…and I’m not really sated with the answer of religion, it’s more about searching for my own explanation of the possibility of something magical out there.”

She first realized writing was a viable career as a 13-year-old whose school assignment led to reading In the Forests of the Night by Amelia Atwater-Rhodes, published when Atwater-Rhodes was just 14 years old.

“She was my age, and she was doing it. [Her deal] was at Random House, so it was a big publisher, and they were taking her seriously as a writer…so for me it was a big deal to see her there and that’s when I realized, I can do this.”

“I don’t really give a f**k about critics. The people who matter to me are the kids who are going to read my books.”

The first trilogy Cordova finished was The Vicious Deep, set in a magical Brooklyn in the same universe as her current trilogy, Brooklyn Brujas; so her characters attend the same high school, and two characters from The Vicious Deep will be supporting characters in Bruja Born, the June 2018 sequel to Labyrinth Lost.

Cordova said the Brooklyn Brujas trilogy was a natural next step in her journey as an author and in developing her voice. She had wanted to write a book in this vein for years, but didn’t feel ready to write it…and was also convinced that the book market wouldn’t be ready to receive said book.

“It just wouldn’t have garnered the attention,” she said, “because it’s not just witches, it’s brown witches. I wanted to write a magical world where I could fit in, where 13-year-old Zoraida could fit into this world and I wanted other girls to see themselves as well.”

Not that non-Latinx teens can’t find themselves in the world; Cordova just knew that most witch stories were about white witches, and she wanted to write a story that a young Latinx child could really relate to.

Cordova, who is Ecuadorian, wanted the magic in the book to stem from Latin America. She feels very strongly that there is no such thing as Latinx mythology, because most of Latin American is Catholic and there is nothing comparable to, say, Norse mythology.

So she made up her own system.

Cordova created the gods in her book, the witchy powers, the rules…all of it from scratch. She was inspired partly by the Mexican game of Loteria, in the sense that she looked at the images on each card and had the idea to create “anthropomorphized feelings and creatures, like The Mother, The Father, The Heart,” she said.

“Now you can call it Ecuadorian mythology, because I’m Ecuadorian,” she added, laughing. “It’s my little addition to something.”

In addition to a magic system of her own creation, Cordova said she was inspired by the Charmed sisters and wanted to write a trilogy where each book focuses on a different sister. Her idea is that, while connected by a single thread, each book can be read individually and in whatever order pleases the reader. 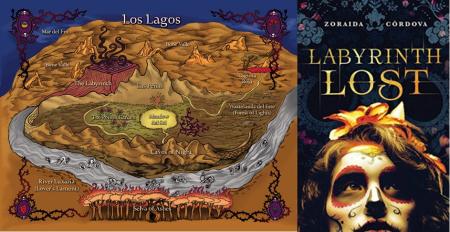 “It’s like watching three seasons of a show,” Cordova said. “The thread is the family itself…They all in my head have completely different powers and different personality types but they are extremely loyal to each other because they’ve grown up together, they’ve suffered the same losses, and even though they can’t understand what the other one is going through, they’re still family and family is really important.”

She didn’t expect to begin with Labyrinth Lost because that book is Alex’s story, and Alex is the middle child…but sometimes books take on a life of their own.

When we spoke, Cordova had just returned from a Madcap Retreat; Madcap Retreats are dedicated to fostering diversity and inclusion in writing, and Cordova spoke very highly of them at the beginning of our conversation. She brought them up again when we touched on how the two genres she writes (in addition to young adult fantasy, Cordova is the author of romance novels for adults) are often looked down upon as “less-than-literary.”

“Sexism” is the reason for this turning up of the nose, Cordova said. Both genres are dominated by women, and the men who do inhabit it (her examples were Nicholas Sparks and John Green) are celebrated and showered in awards, while the women who are their equals are often overlooked.

Cordova spoke very highly of the women in her fields. “I just spent this past weekend in a double house full of 35 women who write romance,” she said. “They’re extremely smart, savvy, they’re driven, innovative in the way they market their books…they work extremely hard, raise children, have families, and somehow they put out these books at the same time. Somehow they’re [treated] different from a male writer…”
In the end, Cordova isn’t worried that her books might not win awards or be heralded by the literary voices.

“I don’t really give a f**k about critics,” she said. “The people who matter to me are the kids who are going to read my books.”