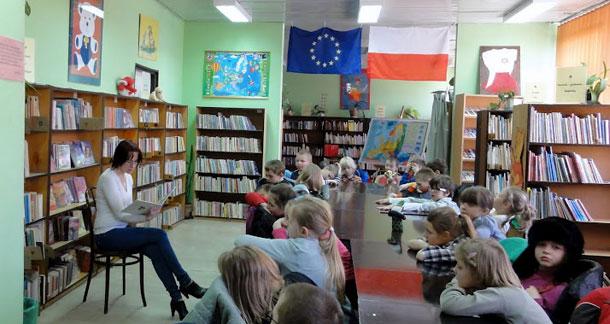 In 2002, I was living in Madrid when I learned about the best holiday ever—Book Day (El Dia del Libro). On April 23rd each year, the Spanish celebrate some of the greatest writers who ever lived. The bookstores around Spain hand out roses with every book purchase, and there are literary events all over the country, including a three day long event in which they read Don Quixote de la Mancha, both books, from cover to cover. As a Word Nerd, this is quite a fantastic holiday; one that should be celebrated with as much zeal here in the US of A.

So why is April 23rd so dang literary? Well it just so happens to be the death day, in 1616, of Spain’s most famous novelist, Miguel de Cervantes (which is why Spain is so interested in celebrating it, anyway). It also happens to be William Shakespeare’s birth and death day. Mr. Shakespeare also died in 1616. However, at that time, England used the Julian calendar and Spain used the Gregorian calendar, so it can’t be surmised that both famed writers actually breathed their last breaths on the exact same day, just the same date. Peruvian writer Garcilaso de la Vega also died on April 23, 1616. And if that isn’t enough reason to crack a book today, consider also that 4/23/1850 was the day that William Wordsworth died. Then on 4/23/1899, Vladimir Nabokov was born. 4/23/1902 is Iceland’s Nobel Prize Winning author Halldór Laxness’ birthday, and on 4/23/1920, French writer Maurice Druon was born. And the list goes on. So it goes to show if you were born on this auspicious date, you’re destined to be a great writer. And if you already are a great writer, I’d stay in bed all day on 4/23 and avoid automobiles, sick people, and sharp objects.

April 23rd is also the celebration of Saint George. George was a Roman soldier who rose high in the military ranks, but when he declared himself a Christian, the Emperor tried to bribe him with gifts. When he refused, he was executed as a martyr. You may also have heard of the legend of George and the Dragon. (It is, of course, myth, but it’s a good story: a knight (saint/savior) on a horse rescuing a princess (virgin) from a dragon (Satan). And today is all about good stories.) In some celebrations of the Saint George, participants wear or carry a red rose. Red crosses, red roses, and red horses are all part of Saint George iconography, which is why Spain celebrates Book Day with roses. There, April 23rd day has become something like Valentine’s Day in which lovers exchange books and roses. True to sexist form, the tradition is that women give the men books and the women receive roses. Of course, in modern day Spain, both are interchanged fairly equally.

In 1995, based on all this cool history, United Nations Educational, Scientific, and Cultural Organization (UNESCO) decided to make this World Book and Copyright Day to honor literature and the authors who create it. It’s kind of a boring title, but as writers, I am sure we appreciate that someone cares if we get paid.This year, in particular, UNESCO wishes to place special emphasis on literature in translation because it is the 80th anniversary of the Index Translationum. Created in 1923, the Index has over 2 million entries for books in all genres that have been translated into another language. It’s searchable online, and it’s pretty dang groovy overall.

Unfortunately, this holiday is not celebrated on the same day in every country. Even England, who you’d think would want to get on board with a celebration that falls on the birth and death day of their famed William Shakespeare, celebrates the mighty book at the beginning of March instead, citing conflict with the Easter holiday for the April date. You've probably heard of World Book Day, which happened March 1st this year.

Some other literary celebrations include International Children’s Book Day on April 2nd, the birthday of Hans Christian Andersen. This holiday is put on by International Board on Books for Young People (IBBY), who operate out of Switzerland and are a part of UNESCO also. The ICBD has been around since 1967, and each year a participating country sponsors the events. This year, it’s Mexico. As you can probably guess, the US is not involved.

You can, however, find plenty of participation in the US on Free Comic Book Day, which will be celebrated on May 5th this year. On the first Saturday in May, comic book stores around the country hand out FREE comic books. If you are into that sort of thing, I suggest you set a reminder on your smart phone.  Oh yeah, and April is National Poetry Month AND Script Frenzy, a month-long script writing challenge brought to you by the same folks who gave us National Novel Writing Month (NaNoWriMo) in November.

Personally, I think Book Day should be a bigger deal here in the United States. I did hear some mutterings of literary celebration around the beginning of March this past year, but I think we should hop on the April 23rd bandwagon. I mean, can you find a better date to recognize love of literature? I think not. Therefore, LitReactor peeps, I would like to propose a celebration today. It’s no secret that if you are on this site that you are lover of words, so let’s start the ball rolling wherever we live (in or outside of the US) to get this day on everyone’s calendar. Here are a few ways to celebrate today:

Or do something else. In fact, I’d love to hear from all of you how you might celebrate Book Day. If you live outside the US, does your country celebrate World Book and Copyright Day, World Book Day, International Children’s Book Day, or some other similar literary holiday? How is it celebrated? If you live in the US, would you celebrate this holiday if it were more universally recognized? Why or why not? Sound off in the comments below. I’d love to know what you think.

Excellent article! Personally, I will be celebrating World Book Day by re-reading A Midsummer Night's Dream and coming up with a paper topic I should have turned in yesterday. Still, what a great holiday! We Americans definitely need to get this into legislation or something.

jennydecki from Chicagoland is reading The Foreigners April 25, 2012 - 2:59pm

I want a rose with my book purchase. Preferably with the thorns still on because that would make it way more literary.

Loved the article - thank you!

There's that number 23 enigma too.