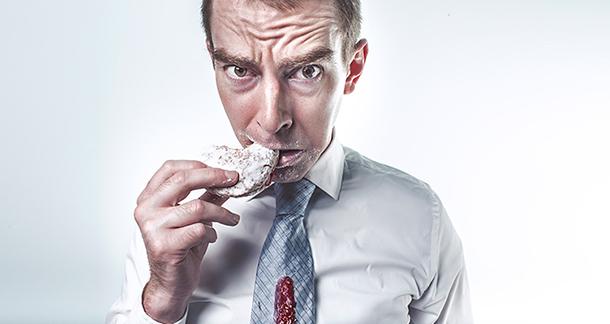 I used to work at this retail store that tried to kill me practically every day I clocked in. Once it even came close when a suit of armor got a bit frisky and sliced my wrist open. I lasted at this place for fifty-nine days. I know the exact number because employees were not allowed a sick day until they’d completed sixty days, and I caught bronchitis on day fifty-nine. I was due in at 6:00 A.M. and I called off at 4:00. The next day, my boss was standing in front of the building, shaking her head at me as I approached on my bike. She told me to turn back around, that I wasn’t welcomed there any longer. After some arguing, I was allowed inside to clean out my locker. Before I pedaled away, I threw a can of ravioli on top of the roof. I do not know if the can is still there but I have to imagine it is. At this point, it's probably developed quite the grudge against me. Or maybe it's grateful that I freed it from the tyranny of the human digestive system.

Calling in sick that day was probably the best decision of my life. I loathed that building. The managers treated the employees like dirt. The work was hard and exhausting. I’d get home and crash until the next ten-hour shift. For fifty-nine days, I accomplished nothing but sweating and sleeping.

All you gotta do is drift aimlessly from bar to bar until the BIG IDEA hits you...and suddenly you’ll be this successful writer person who sips martinis at parties while discussing the oxford comma with Jonathan Franzen’s fucking glasses.

My first week on the job, I became good friends with a co-worker, a kid about my own age. Then one day he was literally two minutes late clocking back in from his lunch break, and he was shitcanned at the end of his shift. If I learned anything from that miserable place, it’s that companies realistically do not give a single shit about their employees. All they care about are results. If you cannot bring results, then they will find somebody else who can.

This is the same mindset I’ve tried to maintain in my own writing career. It is important to remind yourself that there is nothing special about being a writer. Often in movies and television, writers are depicted as unique rich people eternally struggling from a fictional disease Hollywood created called “writer’s block”. Even when the characters are not rich, they are still rich compared to reality. Many of them live in Los Angeles or New York, supposedly living off the advances from their previous (usually debut) novels. Nobody seems to take into account how fucking expensive living in L.A. actually is, or how much the average author actually earns from advances.

Usually these stories will portray writers on an epic journey for inspiration. If only they could come across a BIG IDEA, then everything would fall into place, because the act of writing itself is the easy part, it’s the inspiration that’s so challenging. You’ll notice in these movies and TV shows that during the story's climax, once the BIG IDEA has finally arrived and the writers are behind their large oak desk writing on their Macbook, the manuscript begins and ends during a quick twenty-second montage. Hell, sometimes the book is even submitted and accepted during this scene, as well.

You know how in movies when somebody goes through a series of grueling exercises during a montage, and afterward the character is rewarded with success? You watch these scenes and convince yourself exercising is easy and the payoff is quick. You start to believe that if you jog around the block, you’ll suddenly lose fifty pounds, or if you just do a few bench presses, your arms will be ripped. But then you actually go outside and ten seconds later you’re kneeling down and dryheaving and you’re just as out of shape as you were back in the house. Nothing has changed except for the strong desire to tip over and die in your neighbor's front yard.

Writing montages in movies influence the same delusions in the people watching at home. They watch these scenes and they can’t believe how easy it is: all you gotta do is drift aimlessly from bar to bar until the BIG IDEA hits you, then you just click-clack and bullshit around for a couple hours and suddenly you’ll be this successful writer person who sips martinis at parties while discussing the oxford comma with Jonathan Franzen’s fucking glasses.

But the truth is, if you're a writer, you aren't searching for ideas. People become writers because their heads are already full of ideas that threaten to burst out at any moment, and writing is the best way to safely drain them out.

These fantasies can easily be obliterated by putting yourself through the daily grinder of the 9-5. Jobs, for the most part, are truly terrible creations that nobody should encourage. They teach us that the world is a giant anus and you are the toilet. They overwhelm us with stress and low self-esteem. They beat the crap out of us, both physically and mentally.

And sometimes that’s what a writer needs to put the world into perspective. It’s important for writers to understand that if you don’t show up to do the work, there’s a thousand other more determined motherfuckers waiting in line to take your place. We are not owed anything, despite how much we like to think we are. You have to work hard to achieve your goals, and sometimes that isn’t enough. Sometimes nothing is enough. Even when you throw your entire soul into the game, the odds are still against you. It’s likely you will never succeed. You won’t get that promotion, that pay raise, that story acceptance, that agent you’ve been desperately stalking on social media.

Repeat this in the mirror every day: “I was born to fail.”

If that doesn’t sound pleasant, it’s because it’s not supposed to. These words are knives meant to penetrate as deeply and painfully as possible. They are also meant to be proven wrong. Just because you were born to fail, that doesn’t mean you have to fail. You can rise up. It’s not likely, but it’s also not impossible. There is an immense satisfaction in underdog stories, and yours is no exception. Never settle. Always be on the prowl for better opportunities. There are better jobs. There are better markets. There are better stories inside you, waiting to be dragged out into the world.

Be the underdog. Show all those bastards how wrong they were about you.

There is a reason stories about the rich are often boring while stories about the lower class are far more engrossing. But in order to understand the working man, you must become the working man. Living paycheck-to-paycheck is not an experience you can research on Wikipedia. You have to live that shit. I’m not saying if you’re rich, you need to work low-paying jobs to better understand us peasants, although it would probably make you less intolerable to others. But if you’re already stuck in some dead-end job, consider it a writing exercise. Maybe you’ll feel less compelled to blow your brains out every morning.

David Baldacci, Lee Child, Erle Stanley Gardner, Richard North Patterson, Scott Turow, John Grisham. All of them Lawyers. So you don’t necessarily need to be Charles Bukowski to be a success. All writers deserve the very best.  Creativity is not cancelled out by success. Nor is struggle for its own sake the path to creative greatness. Great Article Max.

Great article and just the talking to I needed.

I feel ya...I worked a job where  as I walked in, I started counting down to when I could leave again...every single day for a summer.