Why We Love To Hate Grammarians 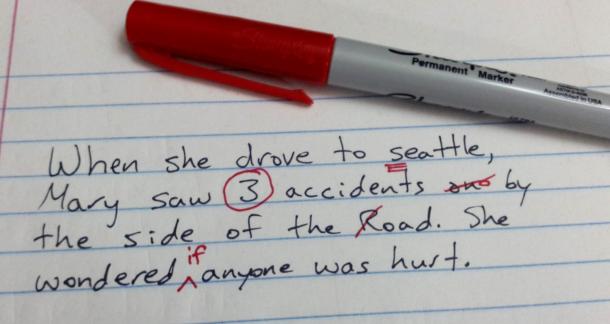 Hold on. Hold that phone. Before you grammarians get all defensive, let me tell you that I’m on your side. Sort of.

What I mean is, I know it’s not easy to care deeply about something that almost nobody else cares about. Believe me, I’ve been on dates and seen someone’s eyes glaze over while I’m talking about how Marvel’s Heroes Reborn storyline really wasn’t the disaster everyone thinks.

I know what it’s like to care deeply about something no one else cares about, and I know how it feels to be vilified because of that care.

If you’re a true grammarian, if you’ve often been compared to a certain Germany-based group of people from the 1940’s just because you think semicolons should be used correctly, I feel you. It’s unfair.

But let's be honest. Have you ever, even once, corrected someone's grammar and heard, "Thank you. I was not aware of this rule, and I thank you for making me aware. I will strive, from now on, to do things correctly"?

I’ll tell you why.

Most of us have a working, very utilitarian purpose for grammar: I want you to understand the stuff I’m saying.

Let’s be honest, most of you can understand what the writer of this sentence is saying: Your a jerk, grammarian.

A chill may have gone up your spine, you may have bit down on your tongue, but the meaning comes through clearly.

For you, the grammarian, grammar is about more than just getting your point across. I get that. If communication is a city street and grammar is your driving, you’re driving with elegance, parallel parking and following the rules while the rest of us treat the road like a playground, scooting around on mopeds without a care, driving on the sidewalk and crashing through storefronts to save the hassle of walking inside.

What you have to understand is, from the perspective of someone who doesn't care much for grammar, it seems like we’re arriving at the same place. You arrive with more elegance and class, but the rest of us are wearing flip-flops, blasting sweet jams, and having a great time.

From that perspective, correcting grammar seems like nothing more than killing someone else’s fun.

I’m going to steal an example from my buddies Strunk and White:

You’ve probably heard this phrase, and the grammarians amongst us probably know that this is entirely incorrect. What you should really say is, “I feel nauseated.” When you say, “I feel nauseous,” what you’re really saying is “I feel sickening to contemplate.” What you’re saying is that you might feel fine and dandy yourself, but you understand you’re having a nauseating effect on others.

However, the correct answer, when someone says they feel nauseous, is not to tell them about this subtle difference in language. The correct next step is to find them a garbage can tout suite.

From this side of the conversation, grammarian, I can tell you that when your grammar flag shoots up, sometimes it blocks your view. You stop paying attention to the fact that someone has just told you something important, something personal.

Don’t ignore what people are saying.

Correcting Grammar Is The Easy Win

How many times have you seen a discussion online where an argument breaks out, and then one person slips up grammar-wise? Happens all the time. I’m pretty sure it’ll happen in comments on this column. Someone will take a grammar thing I screwed up and use that as proof that I don’t know what I’m talking about. Rather than addressing the totally valid, if incorrectly expressed, points.

Someone tweets the wrong version of “your” and loses all credibility.

A Reddit commenter makes a bad call when it comes to affect/effect.

And then, regardless of how compelling the content of their point may be, we shit all over it.

It’s a very lazy, very easy way to dismiss someone.

Grammar Is Too Often Used For One-Upping

C’mon. Is it really productive to mock other people in this capacity? Who is this helping? Do you really think your grammar-based reply is making ANYONE feel better? Is it making anyone better in any way? Or is it simply a way for you to feel better about yourself?

Grammar Is A No-Win Game

You can either do it right and get no credit, or you can screw up and be ridiculed.

It’s not like we give credit to books and short stories and tweets that have perfect grammar. I’ve never read a book review that said, “While Author X’s writing may be a bit boring, his grammar is immaculate.” Nobody gives a shit when it’s done right. You can either screw it up and get a boatload of crap, or you can do it right and receive absolutely no credit.

A situation in which perfection is the minimum qualification is an unwinnable situation.

Where The Hell Were You On The Oxford Comma?

Never have I seen an issue regarding the way we write come into the public sphere the way the Oxford comma did. And what the hell, it’s just gone now? How did this happen? Who decided that?

This was the world’s hour of need. You know that moment in Demolition Man when someone is like, “Get me John Spartan”? This was that moment. 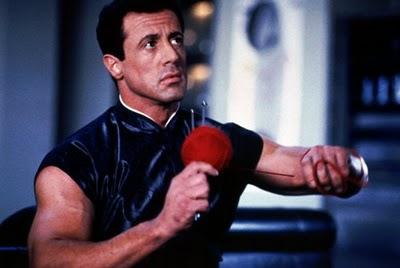 Sometimes We Need You

That’s the worst part. Sometimes, we need you. We need you grammarians to read manuscripts, proof things, and remind us about apostrophe rules so we don’t always have to write our way around by concocting sentences like “Let us go to the house owned by Bob.”

There’s nothing worse than coming to someone and groveling for help. Especially after you’ve called them a grammar Nazi, a  grammar nerd, a grammar dork, a grammar geek, a grammar dweeb. I could go on. Maybe just a couple more. Grammar butt, gramm-hole…

We hate to admit it, but we need you. It’s a real love/hate thing.

The Road To Recovery

Grammar correction is a two-way street. It takes someone to screw it up, and it takes another person who can't tolerate that screw-up.

You've got a choice. A whole lotta grammarians seem to think that choice is between letting grammar completely go to hell or thanklessly correcting someone. But that's not the real choice. The real choice is about you. You can correct someone's grammar or not. You can love grammar without forcing your love on others. You don't have to be a martyr. You can recover in 12 easy steps.

1. Admit to yourself that you are powerless to control anyone else's grammar.

2. Make a searching and fearless inventory of yourself.

Have I ever screwed up? If the answer is in the affirmative, then lighten up.

3. Make amends when you do harm.

Imagine someone's reaction when, after a correction, you say, "You know what? That was unnecessary. Please continue your story."

Look, tell someone they have a stain on their shirt, they'll get pissed off at you. You didn't put the stain there, but you pointed it out. People don't like or appreciate this. Letting it go doesn't mean everyone's going to run around in stained shirts from now on.

5. Assume that most errors are typos or slip-ups rather than patterns of bad behavior. Give benefit of the doubt.

6. Whenever you go to correct a comment on anything online, say an affirmation instead.

8. Don't take photos of signs and share them online so you can laugh about hilarious apostrophe placement.

Here's a tip: If you told the story out loud, if you said, "I saw a sign today and the apostrophe was in the wrong spot," how hilarious and engaging is that story? Not at all? Then skip it.

9. Be honest about whether you're correcting grammar for the sake of grammar or for your own feelings of self-satisfaction.

A good test here, are you correcting privately or publicly? Is correcting someone privately as satisfying? If not, then you might be in the danger zone.

Read your favorite books on the topic. Re-read them. Buddy up with Grammar Girl. You don't have to cut proper grammar out of your life.

If you want to keep people sharp, write a decent blog about grammar, write a great book. Make it interesting. Be proactive instead of waiting for others to mess up. Give me rules that rhyme. Give me an acronym.

12. Carry the message to others: Pt II

When you see someone attacking someone else with a grammar-tipped spear, it's okay to tell the attacker that being correct and being right aren't always the same thing.

What do you think? Is it time to ease up on people when it comes to grammar mistakes?

Sadly, I didn't make it in before people started arguing in absolutes.

I remember reading that there are three types of grammar rules:

The first kind is pretty obvious, and most of us either ask the person what they meant or ignore that kind of writing.

The second and the third kinds are where things get tough. Most people think rules like, "Commas always go before quotation marks" are the first kind of rule, but that rule falls in the second or third. Lots of rules we learn in school are about context (the second kind) rather than absolutes.

Michael Swan's Practical English Usage is my bible for grammar. I have yet to find a style guide worth its weight in pulp, and the tone in Strunk and White just leaves me needing a shower for some reason.

Living in a bilingual part of the world (French-English), the double-grammar jeopardy of conjugating French verbs as if they were English gets everyone's collective gitch in a twist. (one twist for all the gitch).

Even if you are a writer who writes as inspiration, you need to subsequently correct your text and grammatical errors. Any communication is an integral part of our life, so it is very important to be able to express speak correctly and competently - these articles will help you understand the importance of communication between people and show examples of communication essays. I believe that if you live in a society, then you should listen to people who correct your grammatical mistakes, even if you did not ask for it. 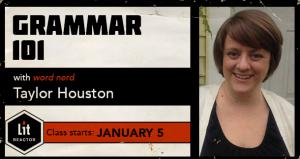