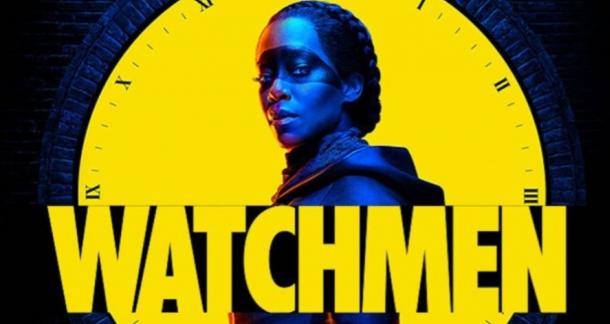 Watchmen is one of the greatest graphic novels of all time. I include it in my personal canon of must-reads, and it is among the volumes I still revisit every few years. A postmodern deconstruction of the superhero mythos and a scathing indictment of great man theory, it is more than just a good story well told. It was groundbreaking, commanding a level of academic and critical respect previously unheard of for comic books. Watchmen’s influence on comics as a medium and the superhero genre as a whole has been nothing short of profound. The book inspired an avalanche of “dark, gritty, and realistic” superhero revisions that continues to this day. It has also proved incredibly resistant to all attempts to adapt or expand its story.

Before 2009, a Watchmen adaptation was frequently the punchline of jokes. A film version had circled development hell with various talents attaching and detaching since 1987, during which time Terry Gilliam declared it “unfilmable.” When Zack Snyder finally wrestled his vision onto the big screen, it was divisive. While 2009’s Watchmen was no magnum opus, in the pantheon of superhero films it hardly qualifies as an abomination. The inevitable uninspired prequel series Before Watchmen came in 2012, followed by Doomsday Clock’s underwhelming attempt to shove the characters into the larger DC Multiverse so we could see Batman meet Rorschach. I wanted a good reason to return to the fascinating world and characters of Watchmen, but it seemed like Alan Moore was right—this was a story best left to stand on its own.

Whether you’re a fan of the original or not, "Watchmen" is a compelling drama that will command your attention long after the credits roll.

At least, he was right until the premiere of the new Watchmen series on HBO. This smart, character-driven puzzle box of a drama succeeds by being more of a companion to the original story instead of a direct sequel or prequel. It sidesteps the pitfalls of previous attempts by being set 34 years after the events of the graphic novel. This allows the show to draw inspiration from the comics without being utterly beholden to them. It can follow new characters and conflicts, and can take returning characters in new directions. While not slavishly devoted to its source material, HBO’s Watchmen is certainly reverent. It uses a similar structure to its stories, layering events from different timelines and sources on top of each other until the bigger picture starts to take shape. Scenes unfold according to thematic relevance rather than chronology, with occasional detours into the personal lives of its most interesting characters. The narrative is supplemented by media and art from the world of Watchmen, much like the inserts found at the end of each issue of the comic. The show presents part of a sensational “docudrama” about the original Minutemen, and there are even news reports and blog posts to be found on the show’s website. None of it is strictly necessary to understand the story, nor is the original book, but the show has a plethora of rewards for its most well-read viewers. It always gives you just enough information to start spinning up theories in expectation of the next week’s episode.

In this way the history between the source material and the show is slowly revealed, showing us the impact of the characters upon each other and the world. This is still a fairly uncommon concept in superhero stories—no matter how many times the hero saves the day, no matter how ridiculously powerful they become, the status quo rarely changes in the face of seemingly world-shattering events. Criminals are still stupid enough to rob banks in Superman’s town. Tony Stark can invent an arc reactor the size of a baseball that produces limitless clean power, but he can never solve the energy crisis.

But the world of Watchmen has been warped by the noble intentions of its ridiculously powerful people. The progression of human technology has been derailed by a lingering fear of Doctor Manhattan—there is no internet or smartphone in the 2019 of Watchmen. Where masked vigilantes were once outlawed by the Keane Act, in the present day police are actually required to wear masks for their own safety. Adrian Veidt, the smartest man in the world, proudly tells the president about his diabolical plot to con the human race out of destroying itself by staging a terrorist attack from interdimensional aliens. Both the comic and the show make fairly compelling cases for keeping an eye on the Watchmen. When we don’t, terrible things happen.

You may have noticed I have avoided going into too much detail, and that is because I don’t want to spoil anything. It is a fascinating puzzle box of a show, and it is both a challenge and a delight to slowly and methodically unlock its many secrets. Watchmen is long on questions and short on answers, but half the fun is seeing where your imagination will take you until the next installment. In an age where we watch entire seasons in one sitting, few shows are able to fully engage us even when we are watching them, much less when the screen is off. But Watchmen has been impossible to get off my mind; my thoughts are constantly in dialogue with it. My incredibly patient girlfriend has learned to tolerate my sudden “revelations” around the house, none of which I will share here, because I would not deny you the pleasure of finding them for yourself.

There is an old saying amongst mystery writers which posits that in order to solve a murder, you must solve the entire society where the murder occurred. Both the Watchmen comics and the show use a murder to begin their story, and as we investigate alongside the characters we get to see the world they live in through many different lenses. HBO’s Watchmen is a surprisingly welcome return to a fascinating place dense with narrative possibilities. Even as its secrets are revealed, it always hints at more to uncover. Whether you’re a fan of the original or not, Watchmen is a compelling drama that will command your attention long after the credits roll.