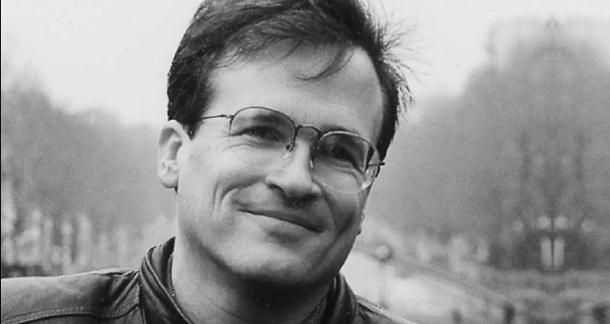 Before we get started, a quick word of warning: the opening paragraphs of this column contain a SPOILER. But for me, the vaguely described passage from the final chapter of The Ice Harvest by Scott Phillips is the very definition of noir and the core of Phillips as a storyteller. So, if you're a "only the destination matters" type of reader, go ahead and skim past the first parts.

A successful lawyer is driving down a long flat stretch of Kansas highway on a gray Christmas morning. The lawyer is tired, he's been awake all night and has left a string of bodies in his wake. He's leaving Wichita with enough money to disappear into the ether. He's leaving behind his dirty debutante ex-wife, his children, and his life as a bagman for Kansas City's most ruthless gangster.

The lawyer passes a stalled Winnebago along the highway, an older couple stand over the propped open hood. In a rare moment of empathy, the lawyer turns his car around to help the couple. The couple is bickering about what's wrong with the trailer, the wife insists that the gas tank is empty, the lawyer lets the husband siphon a few gallons of gas out of his full tank and the trailer starts. Before getting back on the road, the lawyer sticks around to take a piss. He's feeling better, more alive; he's done at least one good thing on this long day. As he heads back to his car, he stops to read an inscription stenciled on the back of the trailer.

IT IS NOT THE END DESTINATION OF A
VOYAGE THAT MATTERS; IT IS WHAT ONE DOES
AND SEES ON THE WAY THERE.
DOT 'N' GUNTHER

The RV lurches back, knocking the lawyer down, and crushing him. The couple drives off, but turn around after a mile because the wife believes they hit something when they got back on the highway. They find the lawyer, they find the money, they take both. They decide to keep the money, they decide to dump the lawyer in a flooded quarry the husband knows of, figuring no one will miss the nice young man who stopped to help them on Christmas.

Yeah, with Scott Phillips, there is no moral center.

Scott Phillips is the Edgar, Anthony, and Hammett nominated author of six novels—The Ice Harvest, The Walkaway, Cottonwood, Rut, The Adjustment, and the recently released, Rake. He has also written a short story collection, Rum, Sodomy, and False Eyelashes, and is Co-Editor (Along with Jedidiah Ayres) of Noir At The Bar Vol. 1 and 2. His first novel, The Ice Harvest, was made into a film starring John Cusack and Billy Bob Thorton with a screenplay adapted by Pulitzer Prize winner, Richard Russo. Phillips, along with Jedidiah Ayres, is the co-creator of what has become a noirhead's national right of passage, the quarterly drinking/writing group: Noir at the Bar.

No moral center. That one statement sums up why you should be reading Phillips.

I'm of the slim minority of readers who think crime fiction should be about crime, and most importantly, criminals. Criminals—no matter if they're breaking someone's arm over a gambling debt or embezzling millions from a pension fund—are awful human beings. You may have empathy for the criminal, you may even like them, but still, they're scumbags and are relegated to a single role: The shadow, the boogie, the plot device. The backdrop for the savior/anti-hero that too many authors believe every story should have for a reader to become invested in a novel.

In Phillips' tightly constructed worlds, there are no hero detectives with shadowy pasts, no sociopathic hard men with hearts of gold, no disgraced ex-cops/journalists looking for one more shot at redemption. All of theses standard bearer tropes so common to crime fiction that I find a bit worn from decades of over use, Phillips completely rejects. His characters are criminals and unrepentant assholes, even if they seem normal and outwardly likeable. They might even be the types you'd have a beer with. But there's no way you'd leave your buddy from the bar alone with your wife, especially if your buddy is Phillips' recurring character from The Walkaway and The Adjustment, Wayne Ogden.

Wayne Ogden is every bit the sociopath as Lou Ford from The Killer Inside Me and Richard Hudson from Charles Willeford's The Woman Chaser. Ogden is handsome, charming, a decent husband, a World War II vet, but he's also a misogynist, a pimp, a black mailer, an adulterer, and a murderer. Ogden is in constant search of an angle, a way to fill his pockets and amuse himself by exploiting the weaknesses of those around him, particularly the women unlucky enough to be caught in his gravity.

Much like noir icon Charles Willeford, Phillips has mastered the use of sex as a weapon, a means of manipulation, as currency and blackmail bait. Yes, there are guns, the occasional knife or blackjack, but Phillips' true means of generating fear, loathing, and paranoia is fucking and the emotional ties it carries. Phillips takes these sexually charged, pitch black elements and combines them with a wry sense of humor and deadpan prose to deliver tawdry, pulpy, compulsive books meant to be read in one sitting.

I'll be blunt, you should start with The Ice Harvest. Phillips' crime novels—The Ice Harvest, The Walkaway and The Adjustment—are all loosely connected, although you can pick up any of the three and read them as stand-alone novels. But in my opinion, The Ice Harvest is one of a handful of crime novels from the late 20th century that 50 to 100 years from now will still be read and held up as one of the best examples of crime fiction published during the period, much like The Postman Always Rings Twice and The Big Sleep. And much like the aforementioned novels, The Ice Harvest is tightly woven and hard charging, so it's definitely the place to start.

But for those of you who like to stay away from an authors best known works, I'll point you in the direction of Phillips' two non-crime novels, the Dystopian satire, Rut, and the sleazeball western, Cottonwood. Thematically, Cottonwood doesn't stray very far from Phillips' established voice in his first two novels (Cottonwood's protagonist, Bill Ogden, is the grandfather of Wayne), but it reaches a whole new level of depravity with the lawless backdrop of late 19th century Kansas adding an anarchistic, out of control vibe that drives the tension of the narrative.

Rut was a broad departure for Phillips, but not an unwelcome one. With Rut, Phillips stretched his storytelling powers and imagined a slow bleeding apocalypse, one where the end of humanity has been brought about entirely by the uncompromising greed of the few and the comfortable lethargy of the many. Both rank as personal favorites, not only because Phillips breaks from genre definition, but does so effortlessly and without compromising his dark, irreverent voice.

As with every novelist featured in Why The F*ck Aren't You Reading, no matter where you start with Scott Phillips, you will not be disappointed.

Helluva guy, and quite the raconteur. Got to meet him last year over a couple of days for a Noir at the Bar event, and am actually going to see his reading tomorrow night in Lawrence, KS. Cottonwood is queued up for soon-ish reading, and I imagine I'll grab Rake at the bookshop tomorrow.

This is one of the most useful columns on LiReactor.  If not for your efforts I would have never heard of some of these talented writers.  Please keep up the good work.

@Tom1960 - Thanks! And as long as the honchos don't get bored with the column, I'll keep writing them.

@Gordon - I got to meet and hang out with Scott (His books were the only ones I hauled with me to Bouchercon.) a couple of years ago and the dude leaves a hell of an impression.

Keith, thanks for introducing me to this guy. Love writers with amoral agendas. Will order Ice Harvest later.

I've been wanting to read Phillips for a while now and this article makes me want to go hit up my library immediately. I was really hoping to win Rake on Goodreads recently, but didn't. Thanks for the rec Keith.

Thank goodness for used bookstores; just scored me a 1st edition hardback of The Ice Harvest for $10.

Great one, Keith. Agree with Tom and couldn't have said it better. Articles like this keep me from turning away from the LR frontpage. Dino, too. Always good to see amoral agendas ;)

Okay, so I felt bad about not making the trip last Thursday . . . but then I just happened to run into him in his St. Louis stomping grounds over the weekend while he was on a break from the book tour. Bought a couple more of his books, and sold my fellow travelers on him as well. And as usual, he had some great stories to tell. Even joined us for breakfast the next morning. A real class act, despite what his characters might have you believe.