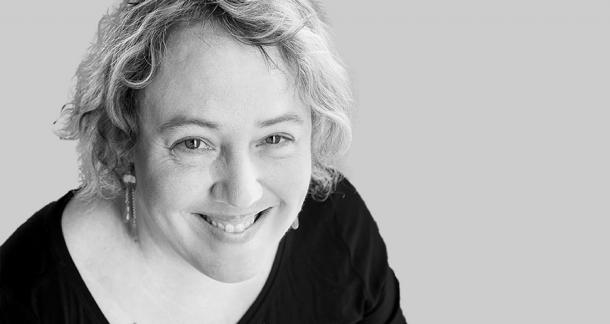 The world is full of the strange. We don’t notice this strangeness because it becomes all too commonplace for us, because we have our heads buried so deeply in our day-to-day lives. We don’t see the vampires lurking in the shadows (or hiding in plain sight, under a burning noon day sun. Yeah, real vampires have no fear of sunlight or crosses or any of the hokum Bram Stoker pushed down our throats close to a century ago), or the ghosts haunting the dark corners of our living rooms; hanging weightless and covered in the dust of memory. We don’t see these things because we’ve trained ourselves not to. We’ve learned to bury the odd and out of place because we fear it so much that we can’t bear the idea of staring it in the face and confronting the horror of it.

Or maybe I’m just full of shit, and these horrors truly aren’t real.They’re just figments of an overactive imagination?

Link’s range as a storyteller is absolutely extraordinary, and...she utterly masters whichever genre chooses to frame her stories with.

Or (and I like this option the most) these creatures are very much human. They’re your wife; they’re the guy who sits in the cubicle across from yours; your college girlfriend who you wished you never cheated on; the boy from high school you crushed on obsessively but you never even said hello to. Maybe these people are the monsters, the horrors. They are the hard memories you cling to, the mistakes which haunt you, the personalities who torment you day-in and day-out.

I’d like to think these symbolic monsters of our own creation are the ones Kelly Link writes about in her amazing and surreal stories. But then again, I’m probably just an idiot, and she’s actually writing about real ghost robot boyfriends and vampire actors as opposed to metaphorical ones.

Kelly Link is the author of the short story collections Stranger Things Happen, Magic for Beginners, Pretty Monsters, and Get in Trouble. Her short stories have been published in The Magazine of Fantasy & Science Fiction, The Best American Short Stories, and Prize Stories: The O. Henry Awards. Link and her husband Gavin J. Grant have co-edited a number of anthologies, including multiple volumes of The Year’s Best Fantasy and Horror, Steampunk!, and Monstrous Affections. Link is also the co-founder of Small Beer Press. Her stories have garnered her three Nebula Awards, a Hugo Award, a World Fantasy Award, and an O’Henry.

And, oh yeah, along with George Saunders, she’s the most important short story writer currently publishing.

Link writes in a wide variety of genres: Horror, science fiction, fantasy, whatever. In the more snobbish literary circles, her style would probably be described as fabulism or magic realism. Personally, I think the best way to characterize her stories are as weird. In fact, outside of VanderMeer and Barron, Link epitomizes weird fiction better than any other writer.

Opening and reading a Link collection is like opening an ancient toy box that’s been sitting in a time capsule for the past 100 hundred years, but the toy box was placed in the capsule by a 23rd century time tourist who really wants to confuse the hell out of whoever opens it. And although I kind of hate using the word to describe Link’s stories, whimsical is probably the best way to describe them. I would also describe them as raucously funny, and at times, utterly bone chilling.  Simply put, Link’s range as a storyteller is absolutely extraordinary, and like Stephen Graham Jones or Joe Lansdale, she utterly masters whichever genre chooses to frame her stories with.

Okay, so for you folks who will absolutely not read a writer unless they pen novels (by the way, you novel snobs are missing out on a whole world of great writing, but you know this already), you’re shit out of luck with Link, because she only writes short fiction. But as far as where to start with her collections, I got the chance to read Link’s latest, Get In Trouble, back in November of 2014, and six months later, it still ranks as my favorite book of 2015. I keep going back to stories such as the southern gothic story “The Summer People” and the far future SF tale “Two Houses” whenever I find myself stuck on a story of my own and in need of creative inspiration. So if I was going to only recommend one of Link’s collections, it would be Get In Trouble.

But, if you’re a completist and you absolutely have to start at the beginning of a writer’s career to take in the full picture, begin with Stranger Things Happen and move forward. But honestly, no matter where you start, you’re going to discover an amazing artist who is going to leave you absolutely spellbound with the brilliance of her writing.

I haven't picked up a collection yet, but I e read a few of Link's stories in various magazines and anthologies, and she is damn good.

After reading this article I picked up a copy of Magic For Beginners (in hardback at 2nd And Charles for less than five bucks, just so you know). Yeah, you should be reading Kelly Link. If anyone can do magic realism, it's her. I look forward to reading more of her work.