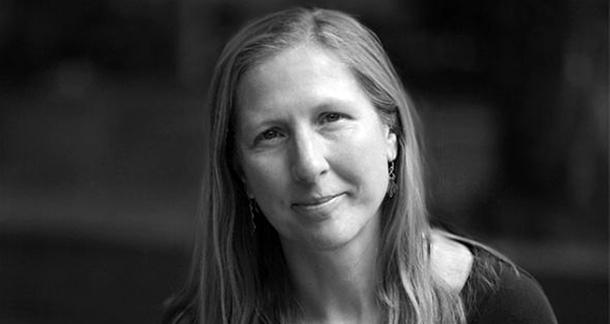 There are certain writers of rural fiction whose prose is meant to be lingered over (Ron Rash and the late William Gay immediately come to mind). Each sentence, each paragraph and page is so carefully crafted that even as you progress in the narrative, you can't help but return to previous pages so you can re-experience a description of a glade of woods, the gentle, pulling tide of a frozen river, or the stark brutality of a hunters bullet as it downs an unsuspecting buck. There is no grandiosity or over dramatization, nature is simply nature, and is as much a part of the story as the characters who occupy it.

Bonnie Jo Campbell is such a writer. Her work is meant to be re-examined as you read it. Upon my marathon first reading of her seminal short story collection, American Salvage, I was hooked. Campbell's voice was simple, and sparely poetic. She wrote of the decay of the working class at the very heart of America; of generations of families who once prospered working the land, or working in industries that have disappeared from the landscape, only to be marginalized by the encroachment of suburban sprawl, and of how those families attempt to soldier on, either adapting, but more often than not, outwardly rebelling against the future.

The mother jiggles her key in the ancient lock, nudges open the heavy oak door with her shoulder, and then freezes on the threshold. The father steps around her, enters the kitchen of the family cottage—last summer he and his daughter painted these walls sunshine yellow—and drops one of his two bags of groceries onto the linoleum. The thirteen-year-old daughter's mouth glitters with braces. She squeezes her gym bag to her chest and says, “Holy crap.”

The stove is burned black, the ceiling tiles above it are scorched, and the adjacent side of the refrigerator is sooted. Bedsheets hang over the windows, one of which has been shattered, the broken glass removed. A faint ammonia smell lingers, and the kitchen garbage can is full of empty sudafed packages and coffee filters and crumpled tinfoil.

That rebellion can be an ugly, ugly thing.

Bonnie Jo Campbell grew up on a small Michigan farm with her mother and four siblings in a house built by her grandfather. As a child, she learned to castrate small pigs, milk Jersey cows, and the general rigors of farm life. Campbell studied  philosophy at the University of Chicago, and received her MA in mathematics and an MFA in writing from Western Michigan University.

Her first book, the short story collection, Women and Other Animals, was published in 1999, and won the AWP prize for short fiction. Her story "The Smallest Man in the World" was awarded a Pushcart Prize. Her first novel, Q Road, was published in 2003, beginning the saga of the Crane women of Murrayville, Rachel and her mother Margo.  Her second short story collection, the stark, brilliant,  American Salvage, was a finalist for the 2009 National Book Award in Fiction. In 2011, Campbell's most ambitious work, Once Upon A River, was published to massive critical acclaim.

Over the course of her career, Campbell has traveled extensively, hitch hiking across the United States, bicycling the Swiss Alps, and leading adventure tours through Russia and Eastern Europe. Yeah, not only is Campbell a literary and intellectual heavy weight, she's also a 21st century Hemingway, but, you know, without the alcoholism and egomania.

Hm... how do I best describe the writing of Bonnie Jo Campbell? Maybe as a denser, more richly textured Daniel Woodrell? Perhaps as the Flannery O'Connor of the Northeast but with a heavier, but not overwhelming feminist underpinning? Maybe with a touch of Twain thrown in because of her obvious love of the natural world and affinity for utilizing rivers as metaphor? However you choose to describe Campbell, her stories are fierce and carefully wrought elegies, and she's a storyteller who is completely comfortable in her own skin.

...I think we never really know who influences us, though we can know who we admire and love...

As a novelist and short story writer, Campbell is entirely character driven. So for those of you out there looking for a hard charging plot, it’s probably best to look elsewhere. But if you’re looking for intimately drawn, constantly evolving individuals to invest your time with, go ahead and stick around. Uncompromising individualism is a near constant theme within Campbell’s work, whether she’s writing about the manager of a junkyard or a hard headed teenage sharpshooter. Their ideals of how life is meant to be lived are unshakable, but more often than not, their bullheadedness is too often their downfall.

Such is the case of Margo Crane, the teenage protagonist of Campbell’s fourth book, Once Upon A River. Margo exhibits a thickheaded stubbornness that consistently dooms her to making the same mistakes over and over. But these mistakes make Margo far more empathetic as a protagonist, because weren’t we all impulsive teenagers who dove headlong into the unknown? Sadly, Campbell's characters never seem to grow beyond a certain emotional age and are trapped in an overwhelming ring of sadness and regret. And I know, most of us want to see a character in a story or novel grow; we want them to experience brave revelations which will alter them deeply, causing them to turn over a new leaf. But this isn't how life works and Campbell knows it, which, for me, makes her writing all the more compelling.

For me it's a tie between American Salvage and her second novel, Once Upon A River. With American Salvage, Campbell's powers are on full display with tragic glimpses of the gone life, such as the previously quoted “The Trespasser” and “Winter Life” to oddly funny—albeit still heart rending—stories such as “The Yard Man” and one of my aabsolute favorite Campbell stories, “The Solutions to Brian's Problem”, where a dedicated, beleaguered husband makes up a short list of how to deal with his wife's out of control meth habit.

Wait until Connie comes back from the “store,” distract her with the baby, and then cut her meth with Drano, so that when she shoots it up, she dies.

Most importantly, American Salvage introduces the casual first time reader to the protagonist of the epic Once Upon A River, Margo Crane, with the story “Family Reunion”. Although Margo is initially introduced in Campbell's first novel, Q Road,  she is but an eccentric ghost who has abandoned her only daughter, Rachel.  Before the literary purists get in an uproar, yes the protagonist's name in “Family Reunion” is Mary Lou as opposed to Margo, but make no mistake, the crack shot who shoots off her rapist uncle Cal's pecker is the very same. With Once Upon A River, Campbell expands the Margo of legend into a fragile, all too quiet creature who tragically loses her father, and who's only solace is her keen eye sighting down a distant target, because she knows that target is the one thing she can can control with absolute certainty.

"I’ve never shot like that in my life. That’s unholy.” Uncle Cal claimed credit for teaching her to shoot, but while Margo had felt his guidance, she had felt just as strongly the guidance of the gun itself. It held her steady, and then sadness perfected her aim.”

—Once Upon A River

So what are you waiting for? Get out there and get reading.

If not for LitReactor I may never have heard of Bonnie Jo Campbell and a host other great writers.  Thanks Keith!  I am certainly going to check out Ms. Campbell's work.  Anyone that can write a line as beautiful as "...and then the sadness perfected her aim."  has to be worth reading.

love American Salvage, but my favorite is Q Road, have read that and Once Upon a River at least three times each. Thanks for this great review of the work of BJC.

I finished 'Once Upon a River' a couple days ago and it's one of the best novels I've read in recent years, if not one of the best I've ever read. I have you to thank for introducing me to William Gay as well. You have my intense gratitude sir. *tips hat*