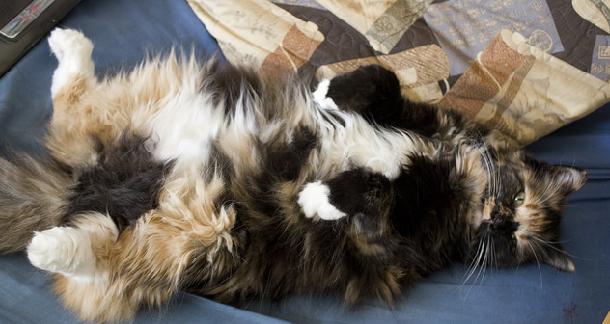 So you’ve finished a book and you have that End of Book feeling, like your life is all empty and worthless now that you are no longer able to immerse yourself in the far-distant world of Xargle and its epic struggle between the kind yet toxic reptilian Barf-people and their nemesis the anthropomorphic spiders of Dume. Sadly, the latest volume in the saga won’t be available until 2019, or possibly later if its author has another episode of writer’s block or gets checked into rehab, like what happened the last time. This means that unless you want to spend the next three years reading Facebook posts about what your neighbour’s cat caught last night or the ingredients listed on your packet of SuperCaptainChocoCrunch, you have to find another book. But how?

This is what a lot of us do in this situation. We go to Amazon. We type in the name of the book we just finished: Toxic Barf-Raiders of Xargle and then we wait to see what pops up in that seductive little list at the bottom, the one titled ‘Customers Who Bought This Also Bought…’

Is this you? If so, then may you be cursed with a plague of toxic barf-boils! Because you, like me, are a lazy fucker and for the sake of exciting, cutting edge literature this needs to stop.

You are fattening the already lavishly-stuffed pockets of Amazon

Through the use of cookies and various forms of black magic involving the sacrifice of small animals, it knows all about your purchasing history...

Amazon does not make suggestions because it wants to help you. Amazon makes suggestions because it wants more of your cash. It knows that once you are in the site, the longer it keeps you there the more likely you are to make another purchase. Through the use of cookies and various forms of black magic involving the sacrifice of small animals, it knows all about your purchasing history and also the purchasing history of people like you. Amazon, like all the major webstores, will throw suggestions at you which are tailored to what it thinks you are going to like. These are littered all over the site, but notice how on the purchase page, most of the real estate is devoted to selling you a bundle of books which includes the one you’re interested in AND, if that doesn’t work, using the aforementioned ‘Customers Also Bought’ bar. The idea is to make you buy more than one book, preferably LOTS more than one book. You start with the simple idea of wanting a new book and end up with a TBR pile which rivals the Great Wall of China in size. And that sound you hear in the distance is the faint ringing of Amazon’s cash registers.

Your reading becomes narrow and stale

Because Amazon thinks it knows what you like (remember the cookies and the small dead animals) and because it doesn’t want to take any risks, it’s only going to offer you books which are as close as possible to the one you just bought. And that’s fine, if all you ever want to read are books about epic distant-world struggles, or erotica about pirates, or psychological mysteries about spurned wives who decide that alimony should be spelled ‘murder.' Using Amazon’s suggestions means you will only ever read more of the same and if you reason that this won’t happen because the list is based on what other people bought, then think again. Where did they get their suggestions from? The same place you did. So the whole thing becomes a circle jerk of sameness with the same few books being suggested to everyone because those are the ones that everyone bought because those are the ones they saw on the list. You can see how this process will eventually result in a perfect storm of circularity.

And even if Amazon occasionally throws caution to the winds and allows a few wild card suggestions onto the list, these won’t shift the dead hand of sameness much. When I go through this process, it doesn’t really matter which book I choose as a starting point, the same titles appear on the ‘Customers Who’ list with soul-draining regularity. It’s as though we’re being subtly but insistently nudged into buying a title from a very short and selective list. Why is this a problem? Because...

You allow your laziness to throttle the life from small publishers

Although it would be nice to think that Amazon wants to use its influence to make the world of literature as rich and diverse as the flora in the jungle after which it is named, actually Amazon doesn’t give a shit about diversity. If we all bought the same book, but in huge quantities, because building houses out of books had suddenly become fashionable, Amazon would be just fine with that.

No one actually knows if Amazon takes money from publishers to ‘enhance’ the suggestions list, but even if those book bundles and ‘Other Customer’ bars are generated purely from sales, there’s no doubt that small publishers can’t begin to compete with the power of the Big Five. That’s another reason why the same titles crop up over and over again—because the market is dominated by a small number of big businesses. Pretty much every time one of us clicks on a book suggested to us by Amazon, we’re increasing the size of the publishing monolith and that means we’re reducing the income of a small publisher. This, more than anything, is why our lazy fucking buying habits need to stop. And finally…

You starve yourself of thousands of great books

The net result of our laziness is that we miss out on a hidden world of wonderful books. There are better books out there than the ones Amazon offers us. Brilliant, wonderful, fantastic books that you will never find if you don’t go looking for them. Finding great stuff to read might sound like a lot of work and the rise of self-publishing has meant that we have even more material to choose from, but I have a few tried and tested tips which can make the whole process much easier.

How to stop being a lazy fucker and discover amazing books

First: get friendly with small presses. A quick Google will throw up a ton of suggestions here. Most of them have a newsletter or send out regular emails with new releases. Spend an hour browsing and sign up for any that sound interesting. This will give you something more interesting to read in your coffee break than an account of Donald Trump’s latest antics or speculation about who’s going to die next in The Walking Dead.

Want a starter for ten? Here’s some of my favourites:

This is just scratching the surface. If I've missed someone awesome in this list, add them in the comments below.

Second: open an Edelweiss or NetGalley account. Here you will find thousands of books available as review copies. Getting hold of them means getting approval from the publisher, but if you can demonstrate that you post reviews of what you read and then don’t abuse the system by requesting books and not reviewing them, you should be golden. Even if reviewing books isn’t for you, it costs nothing to open an account and this way you can browse these sites for forthcoming goodies. Edelweiss in particular has a well structured database which allows you to search by publication month, publisher, genre and age range. It makes identifying interesting titles from small publishers a snap. Try it and see.

Third: ask your friends and use your social media. You probably already do this, but do it more. Post on your social media of choice, asking for suggestions. Investigate hashtags and explore new sites. Even if you only do this occasionally, it may throw up an occasional gem and it lets other people tell you about the books they love. What could be better?

Any other small publishers you'd like to shout out? How about methods of finding indie publishers or awesome books? Get in the comments section and go to town.

I can highly recommend a new small press that produces high-quality novels, I have enjoyed several of their titles. Here is their catelogue. <http://www.thomas-jacobpublishing.com/Products.html>

Another great source for finding good books is a weekly feature titled Thrifty Thursday at Indies Unlimited. Here is their latest link. <http://www.indiesunlimited.com/2016/05/12/thrifty-thursday-marvelous-may-ebook-bargains/>

That rant was hilarious.I can assure you I'm not a lazy fucker as a reader. My well-stocked local library in particular makes sure of that. I only buy books online if I liked them when I read them there first, for the most part. Or on those increasingly rare occasions when I can't find the damn thing anywhere in reach that way.