Which P.O.V Is Right For Your Story? 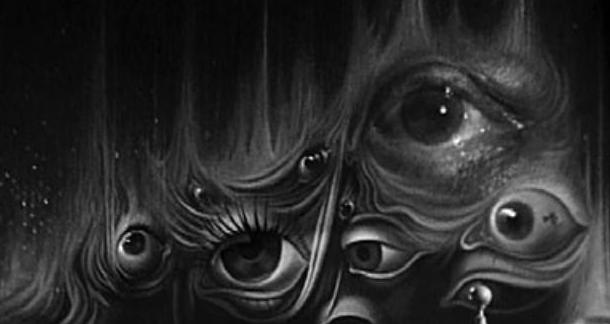 Given this is a column about writing craft, it’s inevitable that sooner or later we’re going to have to discuss point of view. At its core, P.O.V. is an issue of perspectives. The mode of narration you choose fundamentally alters how your story will be received.

While writing transcends the visual, you should think like a director when choosing your P.O.V.: you need to make a judicious decision regarding how “close” or “far” you want your narrator to be in relation to your characters. The placement of this narrative “eye” can be used to forge an extremely strong bond between narrative and reader. Sherwood Anderson’s Winesburg, Ohio, for example, places the narrative at a fable-like distance, as if we’re looking over the town and moving from character to character, lending the story the idea of a shared, unified experience. Extreme close-ups, on the other hand (e.g., Faulkner’s The Sound and the Fury), can place the reader in uncomfortably internal spaces, subjecting them to a character’s psychosis.

While there are a number of different modes of narration, it’s important to mention that all P.O.V.s essentially do one of two things: they serve either as an observer in the action or a participant in it. Below is a look at the first-,second-, and third-person points of view, with a breakdown of the advantages and disadvantages of each.

Without question, the single greatest advantage to first-person P.O.V. is access. First-person perspectives can be extremely powerful because the narrative is essentially a mouthpiece for the character, and we’re given unrestricted admittance into his/her thoughts, opinions, voice and worldview. The main drawback is that this access offers only a single, limited voice; the character (referring to him/herself with “I”) can only describe what she/he knows, and then only to the extent of the communicative/mental powers you’ve granted. As such, its extremely restricted range can compromise its allure. There’s a common misconception among many beginning writers that first-person P.O.V. is the easy default. In reality, first person is an extremely difficult P.O.V. to master. You need chops to transmit a credible voice consistently. Too often in the beginner’s story, first-person characters make claims that aren’t earned, or they account for exposition by digressing into jarring, soliloquy-length rants. In either case, the voice begins to take on the role of narrative custodian, and the story fails on the authenticity meter. The only time you should use first-person is if the voice is well-crafted, unique, constant, and compelling, so access to the character makes it worth your readers’ while to see his/her world in tunnel-vision.

One way to make sure an organic perspective is maintained in first-person is to constantly ask: how does my character see the world? What would they say in this situation? Another salve for first-person narratives is the use of dialogue from other characters. If you’re going to write in the first-person, you’re going to need lots of it, because outside dialogue is the only objectivity your reader is going to get.

Of course, there are other variations of the first-person P.O.V., and each offer the writer varying degrees of leeway. There’s first-person multiple vision, where the story rotates around several narrating characters (Russell Banks’ The Sweet Hereafter or Faulkner’s As I Lay Dying are examples of this), and there’s the rare first-person peripheral, where a non-protagonist character narrates the actions of the protagonist (e.g., The Great Gatsby).

Third person is the most common P.O.V., and for a reason. The biggest benefit of the third-person is the amount of flexibility it provides: an unspecified narrator moves in and out between the character (referred to as “she” or “he”) and the larger world. As such, the story gets the character’s thoughts and actions but P.O.V. is not limited to the character’s understanding of their world. Because it’s not as intrusive as first-person however, access in the third is limited, and can’t take full advantage of a compelling voice.

Third-person omniscient is where an all-knowing narrator moves from character to character with the ability to independently reveal anything it wants. Here the narrator is granted unprecedented leeway: it knows the past, the present, the thoughts and beliefs of all our characters, and may hold a judgment or opinion regarding each. The biggest benefit of the omniscient is that it can supply us with information our characters’ may not know, such as where the story is headed or some arching historical or moral perspective. The disadvantage is that it’s a dated voice; hardly anyone uses it anymore. As such, it’s typically found in stories now destined for the "classics" bin.

Personally, I like an omniscient P.O.V. Sometimes the best use of omniscient-third occurs when the narrative wall is broken and it employs an alternating-person P.O.V. One of my favorite uses of this is in Steinbeck’s East of Eden, where the omniscient narrator is later revealed to be a distant relative of the protagonist family. A more recent application of this P.O.V. is in Junot Diaz’s The Brief Wondrous Life of Oscar Wao. An omniscient narrator, who moves back and forth in time, is later revealed to be the protagonist’s former roommate. I should mention there is a great deal of suspended disbelief needed for both cases to work — or at least acknowledgment that editorial liberties were taken by the narrator — because non-omniscient people are later revealed to be oracles of information (like characters’ thoughts) they could not have possibly known.

Third-person objective is where the narrator follows many characters but never has access to their thoughts (a classic example of this is Shirley Jackson’s short story “The Lottery”). One benefit to this P.O.V. is that it strives for a journalistic truthfulness; it allows the story to be seen equally from many different viewpoints and angles, complete with diverse array of dialogue. Another advantage is it quickens the story’s pace. The disadvantage to this “camera lens” approach is that it’s the nadir of the third-person’s preexisting disadvantage: it allows absolutely no inside access.

Third-person multiple vision is where perspective moves from character to character, one at a time, allowing alternate points of view revealed by the narrator. It can be very effective for “point / counterpoint” setups where the thoughts of two conflicting characters are pitted against each other (check out Mary Gaitskill’s short story “A Romantic Weekend,” for a great example of this). The drawback lies in its abrupt changes. Remember, adhering to a P.O.V. creates an extremely strong bond. You don’t want to break that connection just because you can. Too much “head hopping” among too many points of view can quickly diminish the reader’s investment in the story.

Out of all the different P.O.V.s we’ve discussed, second-person is probably the least common. In this case the narrator has designated an unspecified “you” (i.e. the reader) as the focal point in the story. The biggest advantage of this P.O.V. is that it’s intrinsically intimate; it literally makes “you” part of the story (Jay McInerney’s novel Bright Lights, Big City or Wells Tower’s short story “Leopard” both showcase excellent uses of this technique). Aside from the glut of Choose Your Own Adventure serials published in the ’80s however, hardly anyone else experiments with this unique P.O.V. I would argue that second-person offers another unique advantage, and it’s why I’ve saved it for last: like first-person, this P.O.V. allows a very close access to a character and his/her thought process, but like the third-person, you aren’t limited by that voice. So, in a way it offers the best of both worlds. The main problem with this P.O.V. is that it’s awkward. It reads like an advertisement, it’s tedious and alienating. It also makes for a very unreliable narrative; it sets no appropriate boundaries between readers and the main character so it feels like you’re stepping on readers’ toes. It also takes an unusually great deal of suspended disbelief in order to convince the reader that “you” are the character the writer has created.

One more point to consider about point of view. Every once in a while it becomes apparent that your story could benefit from a change in perspective (Fitzgerald’s first draft of the The Great Gatsby, for example, was initially from the perspective of the protagonist), but if you have a clear understanding of what your story is “about” and how it should be told, most of the time P.O.V. will come naturally. Remember to think in cinematic long/medium/close-up terms when kicking around preliminary ideas for your story, experimenting with how “near” or “far” you want your characters to be and how this reflects the internal logic or any grand theme your story may have. Good luck and keep writing!

Woah, can we not give away surprise narrative POV shifts in the "alternating POV" section?

Amazing article Jon. Thank you for the hard work.

But I must say, that is a terrible image to accompany it. Oh well...

Palahniuk makes a great argument for the first person in his 4th Essay "Submerging the I" and I have to agree.

great summary of different perspectives and makes you want to write something from the second person perspective just for the hell of it. By 'you' I mean 'I', or maybe 'one', or maybe 'she'. This could be a challenge...