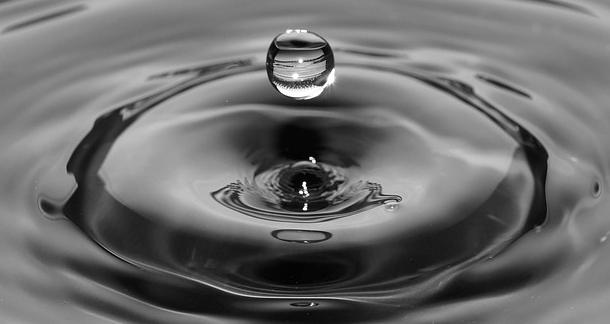 When I was 19 or so, I picked up a book of poems that altered the way I look at writing. Akiko Yosano (or Yosano Shiyo) revolutionized traditional Japanese poetry in the late 19th century, but hers is not a name often cited in Western literary circles. A complete antithesis of the lengthy, florid poetry of the Victorian era, Yosano’s work is fierce and openly sensual. While reading her book, titled Midaregami, I was floored by the short pieces that seemed to make up a whole person when stitched together.

Even though I’m predominately a nonfiction writer, I found that there was a great deal to learn from Yosano’s format of choice, the tanka. Tanka poets have a unique way of perfectly freezing a moment in time, of turning a fast impression into a full story of five lines. There is usually a sense of grander themes in the smallest details, such as in this poem by Yosano:

Inside the coffin
Of my beautiful
Friend,
The flowers
A riot of color.

As this description by Columbia University points out, the interpretation of the themes present in most tanka poems are left entirely to the reader’s speculation: “Over the centuries, [tanka] were written more to capture emotions than to explain or define them.” And that's exactly what they did. To read the work of the famous Heian poetess, Ono no Komachi, for instance, is to feel autumn rains that passed more than a thousand seasons ago.

It's easy to miss the forest for the trees when your word count is teetering on the 50k mark, but sometimes all that's needed is a narrower path to find your way out again.

Chances are good that if you attended an elementary or middle school in the United States, you encountered haiku poetry at some point in your scholastic career. Because of the brevity of the structure, it seems like a good choice for children, but I think it may also infantilize the form a bit— not because it’s being taught to kids, but because this area of poetry isn’t likely to be brought up again outside of a college course. When people read haiku only as fourth graders and have nothing else to do with it, it becomes strictly associated with that period in their lives, right next to building paper mache volcanoes for the science fair, or learning to play "Ode to Joy" on the recorder. But Japanese poetry is ancient, complex, and deserving of attention. Below are just a handful of the more historically popular poetic forms to come out of Japan:

The tanka became dominant in Japan during the eighth century as the main form of court poetry. It’s arranged in syllable units of 5-7-5-7-7, with the first three known as the “upper verse” and the following two comprising the “lower verse.” Ninety percent of the Man’yo-shu, Japan’s oldest collection of poetry, was written in the tanka form. The ability to write beautiful verse wasn’t just a novel skill; during the Heian period especially, poetic talent could influence social standing and even achievement of a political position.

Evolved out of the tanka to become the main method of poetic expression in the 14th century. The renga consists of alternating syllables of 5-7-5 and 7-7. It’s a collaborative form, once considered a sort of intellectual game.

Our friend the haiku was known as the hokku until the year 1900, when its name was changed. The modern haiku format is derived from the “upper verse” of the original tanka.

Senryu are poems which focus on social relationships, or the psychology of the human mind instead of the natural subjects that earlier court poetry tended to target.

This minimalistic approach and use of strict patterns is a quality in tanka that can apply to other areas of writing besides poetry. Because the formula is so rigid and brief, the author must hone in on the most important information and learn to weigh every single word. It’s a way to cut to the core of a situation and assess the most important values. Ever tried to summarize a work in progress to an interested party and found yourself floundering to compress a hundred pages into an accurate description? Tanka and haiku are a way to organize those thoughts and rediscover exactly what you were trying to say. It's easy to miss the forest for the trees when your word count is teetering on the 50k mark, but sometimes all that's needed is a narrower path to find your way out again.

Adding all of these to my Goodreads shelf right now.

Thank you so much, you know this is good information.