What I Learned at Gotham Writers Workshop's First-Ever Writing Conference 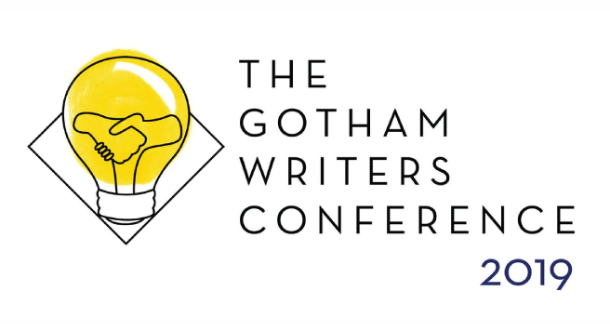 On October 25th, I gathered a little tote bag and hopped a train from Queens to the Ace Hotel in midtown Manhattan. There, in a conference room in the basement, I found the Gotham Writers Conference.

The conference, the first one ever put on by Gotham Writers Workshop, was a two-day event. The first day, the only one I was able to attend, was open to everyone who felt like paying and attending. It consisted of five panels and talks, as well as a happy hour at the end.

I really enjoyed the first panel, consisting of four authors discussing their writing journey in the hopes of giving encouragement to all the aspiring writers in the audience.

The second talk was on rejection, and it was given by Kim Liao. You may know her as the author of the 100 rejections piece on LitHub — I know I did. It was a really interesting discussion, and included some audience participation, wherein Liao asked everyone to write down goals for the future, both far out goals (several months away) and ones that could be accomplished within a week.

...a great behind-the-scenes look at how things [in publishing] really work.

That was a really cool exercise, especially for someone like me, who’s prone to make big, impossible-to-achieve goals and then be wildly disappointed when, shockingly, I’m unable to finish a 50,000 word novel in three days (gasp!)

I had broad goals for the upcoming year, including vague things like “get back into essays” and “submit poetry.” The exercise allowed me to narrow them down and say things like, “over the next six months, I will do these four things to achieve my goals.”

I’m proud to say that I’ve already made progress on one of those four steps — I wanted to write two new essays by April, because personal essays are a medium I love but have recently fallen out of practice with. And since the conference, I’ve already written one essay (and submitted it to a publication!).

In addition, I’ve submitted two poems to a literary journal. I don’t know that the motivation to do so came directly from the conference, but I do know the experience got me back in the right mindset.

After lunch came a panel featuring four literary agents called “What we talk about when we talk about you,” and it was like getting a behind-the-scenes snapshot of an agent’s life, specifically how their jobs relate to the publishing lives and careers of authors.

Much of what we learned during the agent panels was a rehash of what I learned through trawling the internet for information on querying and life-after-being-agented. But it was encouraging to have that information seconded by actual professionals.

At the beginning of the conference, I sat down at the back of the room and started chatting with the woman next to me, Alden Speake Cayse. She was signed up for both days, and since I didn’t get to the second day, I followed up with her about it.

A huge takeaway for Cayse from day two was how frank the agents were in their feedback. The way that day was set up was people were assigned to tables by age category and genre, and each table had three agents who spent the first few hours critiquing everyone’s query, and the few hours after lunch critiquing their first two pages.

She learned several key points about the querying process, including to make sure the query’s tone and style matches that of the manuscript.

The way Cayse described the conference as a whole was as though it had “lifted the curtain and allowed me to see how publishing works—from writing a manuscript, to getting an agent, to what happens to that writer post-agent—in a way I hadn’t been able to before.”

Ultimately, I wish I could have gone to day two of the conference; that was a big selling point, how unique it was going to be. However, my book wasn’t ready (it still isn’t), and I didn’t have time to rush to finish it.

The first day was worth it because I got to meet a fellow writer and listen to authors and agents discuss aspects of this business that I hope to be a part of someday, and because, as Cayse said, it was a great behind-the-scenes look at how things really work.

The Importance of a Writing Community, and How to Find One