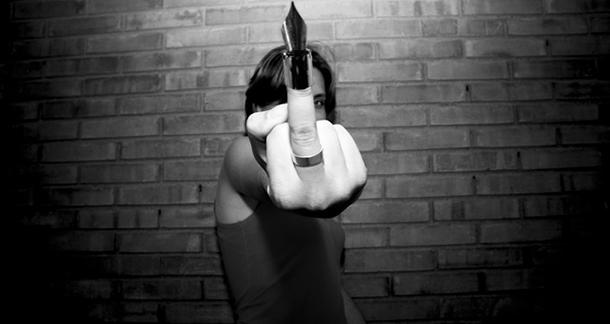 When I first thought about writing a column on the many unpleasant aspects of being a writer, the first idea that came to mind was a grim catalog – a taxonomy of despair that would cover such demeaning and soul crushing things as, say, the lack of an adult income. Folks generally envy me my art. I tend to envy their more tangible assets.

Take my college roommate, for example. When we roomed together, his hair was so long that he could – as he proudly informed anyone who would listen – stick it in his asshole. After graduation and a brief bohemian period during which he built and repaired guitars, he opted for law school. Some might say he sold out; other, more charitable people would point out that the decision forced him to work ridiculous hours as an associate at the white-glove firm he joined after getting his degree. Yes, I found it enraging when he strung me along for drinks and dinner for hours with phoned promises of “just another forty minutes” until concluding around ten o’clock that he wouldn’t be able to make it after all. But initially, I was smug. I called my own shots. I worked when I pleased. I was cool. I was a writer.

Come to think of it, both “writers complaint” and “Granny’s complaint” share certain characteristics, which, on second thought, I will spare the generous reader.

But then I couldn't help but notice that he was buying expensive real estate and sending his kids to a terrific but hellishly costly private school. Although by this point he'd made partner, he still hung out with me wearing what appeared to be the same ratty jeans he wore in college (which in itself was annoying because it demonstrated that while I was gaining a gut he was remaining unnervingly thin, (and I’m the one who had time to go to the gym!). But then came the wine collection, the vacations in St. John, and a closet full of suits from the finest menswear stores in Manhattan.

And I was still a writer, a decision I was beginning to regret. I was no longer cool. I simply had next to no income.

The final straw, I think, was the purchase of a 150-acre estate in Maine, to which he recently retired while keeping the Brooklyn brownstone – the brownstone I had talked him into buying in the first place, I might add. “It’s a good investment,” I’d casually opined, little realizing that it – and he - would eventually be worth millions.

But I digress. Returning to the topic at hand – the taxonomy of despair I’d originally imagined writing – I soon realized that every single one of my writer’s complaints fell into one overarching category. Actually, I must stop for a moment and rethink the term “writer’s complaints,” which veers a little too close to “summer complaint” or, as it’s known on The Beverly Hillbillies, “Granny’s complaint.” To be blunt, I’m talking about diarrhea. Come to think of it, both “writers complaint” and “Granny’s complaint” share certain characteristics, which, on second thought, I will spare the generous reader who has gotten this far without becoming sickened already by the rampant self-pity that governs my choice of topic.

But I digress. There was no need for a taxonomy, I realized. Everything I hate about being a writer falls under a single category. That category is:

For one thing, being a writer would be worth all the heartache if there were no other writers competing for a finite number of readers and time. Actually, I now realize, it wouldn’t. Killing all my colleagues wouldn’t help matters at all. The necessary slaughter of literally tens of thousands of writers wouldn't square with my pacifism. So scratch that idea. No need to fear leaving your house or apartment on some dark, shadowy night. Unless I change my mind.

Although the category “Everyone Else” may seem overly broad, it has the benefit of being a true and accurate way of defining the parameters of what I hate about being a writer. There are of course subcategories:

First, we have that group of obnoxious individuals who for lack of a better word I’ll call my “friends.” Trying to be helpful, they’re constantly asking me what I’m working on, which as every writer well knows is just about the worst question a writer is ever asked. A simple “nothing” does shut them up, but then comes the awkward silence, the many sets of eyes that suddenly notice how utterly fascinating the floor is – Gee, I wonder how you get blood stains out of a broadloom rug – and the waves of self-contempt that course through your body like sour seawater.

Equally effective, and equally self-defeating, is the imperious “I don’t want to talk about it,” which is just another way of saying “nothing,” and which produces very similar responses from the “friends” who are now silently questioning what they ever saw in you that made them want to know you to begin with.

A more subtle version of “I don’t want to talk about it” provides the paranoid writer with a more superficially tasteful way out. “Oh,” you say with a jocular, hail-fellow-well-met back-slapping hand and shit-eating grin, “you know I don’t like talking about my work! Let’s talk about something more interesting!” This one will only work with people who don’t know you very well, because those who do have heard it so many times before that they will be at best skeptical and at worst downright hostile.

Strangers can be even worse than friends, simply because they are not yet familiar with your characteristically disturbed mind and therefore continue the discussions above despite the murderous look that has appeared on your face. “Why?” the truly insensitive ones will ask, to which you reply, “Because, asshole, it would be way over your head, and besides, my contract stipulates that I remain silent about it. It’s that big.” This may work once if you are very lucky and the stranger is particularly stupid. But don’t try it twice unless you are proficient at mixed martial arts.

Asking you why you don’t want to talk about your work is, of course, idiotic, because in order to answer it you have to talk about your work. Your only real recourse is the silent treatment accompanied by a piercing glare. Yes, it’s a naked attempt to frighten the questioner away, but isn’t your exceptionally fragile sense of well-being more important than a stranger’s tears? 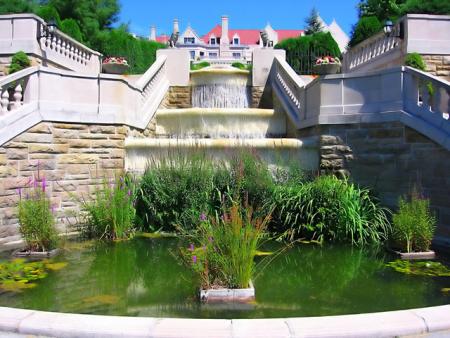 My editors have always been nothing short of terrific. They’ve been supportive, they’ve offered useful advice, and they've steered my books through the publishing process with great expertise. I have no beef with editors.

Lawyers, however, enjoy ruining some of your best sentences, especially the ones that refer to a living person’s sexual adventures, drug use, and mental illness. I’ve written on this subject before and see no need to repeat myself, so I will simply remind the reader that I spent at least thirty minutes debating the question of whether or not I could quote a director calling a certain living actress whom he knew and with whom he had worked “a bundle of neuroses.” The discussion sucked the life out of me. As with my college roommate, the whole thing made me wonder if I would have been better off on the other side of the lawyer’s desk, ka-chinging my way through a pleasant afternoon of driving some poor writer insane.

Speaking of lawyers, I recall with some bitterness (okay, a lot of bitterness) the time a lawyer “friend” expressed outrage over the price of my first book at a bookstore launch party. It was an expensively produced coffee table book full of beautiful stills and publicity photos from screwball comedies like Bringing Up Baby, The Awful Truth, and The Thin Man. The price, which of course I had nothing to do with setting, was $35. “$35!?” my lawyer “friend” exclaimed. “What’s that?" I snapped. "10 minutes of your billing time? Let’s break that down.” My “friend” looked stricken, obviously regretting his blurted and singularly rude remark. I pressed on: “10 minutes of your life versus 3 years of mine. Seems like a fair trade.” He bought the book.

A while back I wrote a column for LitReactor called “When Critics Are Assholes: 8 Great Books That Got Slammed.” Evidently the topic resonated with readers and writers alike; the column got the most hits of any column I’ve ever written for LitReactor. One may admire an individual critic or two, but by and large we all hate them. Particularly writers, who turn out to have skin as thin as origami paper.

I have made it a point since my first book not to read any reviews whatsoever. As my fine and hilarious agent, Edward Hibbert, says, “No good review is ever good enough, and every bad review is unreadable.” I agree, so I don’t read them.

This ban on reviews is well known by my “friends,” who nevertheless make it a point to let me know what the contents of the reviews are. It’s not that I don’t read reviews because I'm allergic to paper. I don’t read reviews because I don’t care what they say, or as a particularly smart friend corrects, I don’t care to know what they say. That friend, by the way, is himself a writer – an award-winning one, which is way more than I can say about myself.

Even though my aversion to reviews of my work is well known, I've actually had a "friend" quote to me some nasty remarks a critic wrote about me and one of my books in The New York Times. Now you may think, Shit! He's complaining about being reviewed in the Times! What a douchebag! But imagine, please, your own book being ripped apart as a form of entertainment designed to provide millions of people with something to read while sitting on the toilet. The critic has had the last word; nobody's ever going to ask you to respond. And lots of people don't read books; they only read reviews, so the gullible will be certain that your book is bad without ever seeing for themselves. The critic's put-downs of you and your baby are now and forever more set into print, filmed as microfiche, digitized for computers, and filed away in the Library of Congress.

It's enough to make you wish you'd gone to law school.