Using The *Big* Words: Five Tips On Making Jargon And Tech Work For Your Writing, Rather Than Against It 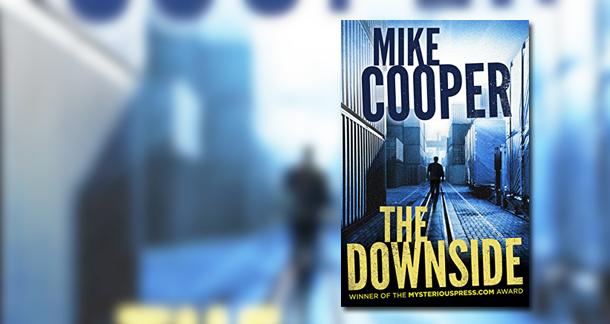 Not working, mind you. That’s why I’m a writer! It’s the details of other people’s jobs that are endlessly fascinating. How do operators on those thirty-story-tall cranes get to their cab? (They climb the stairs. Union contracts provide up to an hour for the ascent.) What is the highest-value shoplifted item at the supermarket? (Steak. Thieves sell them down the street to ask-no-questions restaurateurs.) Why are those Nigerian-prince emails so badly written? (Quite deliberately—to screen out all but the most gullible respondents.) How do venture capitalists really evaluate a business plan in thirty seconds? (They read the first sentence, then flip to the founder bios.)

Every profession has its own language... Any writer whose descriptions are both accurate and true to life will draw the reader in further.

Every profession, no matter how mundane it may seem, is filled with technique and art and secret methods.

I’m not the only one interested in these details. One reason people read fiction is to escape into different worlds and different lives. Interior rumination is all well and good, but the voyeurism requires exterior description too. Watching characters go about their jobs, learning how things are done and how the world operates, is one of the substantive pleasures of a novel.

For example, when I was younger espionage stories were a constant revelation of technique. How to evade a tail, install a bug, reseal an opened envelope, kill an enemy with a magazine. (Yes, that’s an Eiger Sanction reference.) Once I got interested, I found odd corners in the industry to provide this kind of information—does anyone remember Paladin Press? But an Alan Furst novel was always much more enjoyable.

And a big part of all this description is vocabulary.

Every profession has its own language. Learning the skills requires learning the words—and it works the other way, too. Any writer whose descriptions are both accurate and true to life will draw the reader in further. Proper language imparts authority. Believability follows. . .and then the reader is hooked. Entranced.

Ready to buy the next book in the series, even.

On the other hand, this can all go too far. Nothing is worse than that unfortunate first-novel portmanteau, crammed with every fact, digression, and last bit of research the author did. Throw jargon in right and left, pile oddball noun on five-syllable verb, and eventually you’ll lose everyone but the foamers.

So how do you achieve the right balance? I don’t claim to be all that adroit myself, but I know it when I see it. Here are a few methods I’ve noticed good writers using.

Johnny hefted his new Milwaukee M18 1” rotary drill. At 1350 RPM and 3.3 foot-pounds of impact the handheld power tool not only turned its drill bit, but also used a rapid, synchronized vibration to bore efficiently through concrete, stone and many composite building materials. It would have no trouble putting a hole in the six-inch cinderblock vault wall . . .

Yeah, yeah, all that proves is somebody knows how to use Google. Make it sing:

The hammer drill bucked like a horse under Johnny’s hands, pulverizing the cinderblock in a roar of dust and stinging chips.

Never explain – but make sure the meaning is clear

Exposition is everyone’s enemy. On the other hand, readers still need to know what unfamiliar words actually mean. “Johnny observed that the lunar surface was covered in regolith, a fine powder composed of pulverized minerals from millennia of meteor impacts” – um, no. How about, “Johnny plodded through regolith, the lunar dust puffing with each step, blackening his pressurized EVA suit.”

See what I did there?—slipped in a reference to extra-vehicular activity. Bonus! If it’s really necessary to explain the acronym, that can be done later. But for now the reader knows exactly what’s going on, and gets that little zing of inside-baseball NASA jargon to boot.

This is easy, because they almost always occur in dialog. Just let the other person respond.

“Bhaiya, I went to the jua shala just now.”

Farid frowned. “You did not gamble, did you?”

This is drawn from a story set in Bangladesh. Even without context it’s clear enough: bhaiya is a casual honorific, jua shala is the casino (or bar—a disreputable location, anyway). Again, the reader has no trouble following, even as the exotic setting is made a little more real.

This has been debated to death (and let’s not even get into appropriation). I’m with Richard Price, who once said that he often just makes it up. He’s good enough a writer to get away with that; we can all aspire.

You can research the hell out of anything, but in the middle of a manuscript, sometimes that’s not enough. Now and then, if you need a nice phrase, just use your imagination! Beowulf cluster—a type of supercomputer configuration, and who’s to say if it’s real or not? As far as I’m concerned, if the reader is convinced, my job is done.

Unless you’re talking about weapons.

The community of gun enthusiasts is vast and deep, and they really pay attention. Now, my novels tend to include, well, let’s say action, and I do my level best to get every detail straight. (Online forums and friends with a lot more experience are the best resources.) In my first novel, however, I mentioned hollow-point bullets. The technical details were all correct. . .but I missed some of the subtleties of local regulation. A reader was kind enough to explain everything I’d gotten wrong about law enforcement methods in the particular jurisdiction the shooter had ended up in.

Of course, that’s not as bad as having a revolver with a safety, right?

That’s enough rules. The thing to remember is, there’s always a perfect word (or phrase). No two words in English are exactly synonymous; meanings differ, even if in the finest of shades. Layer on the precision of technical vocabulary, and the rich glories of language are available for any story, any theme, and character and any mood.

Oh, and throw away the thesaurus.