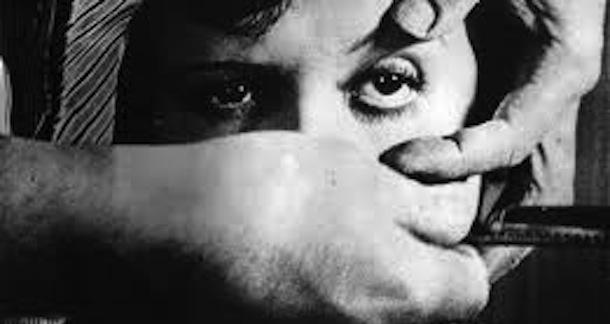 We’re all familiar with transitions as they relate to speeches or essays—the wide variety of clunkers we packed into our high-school and college papers in an effort to reach that ever-dreaded, ever-required, word count. Filler like: “In conclusion," or "with regards to," or "apropos of." As dead as these particular transitions may be to us as story-tellers, perhaps we must play Dr. Frankenstein and create for our living and breathing stories the pieces of tissue that keep their bones linked.

In Robert McKee's STORY, McKee states that we use these points of transition between scenes in one of two ways:

McKee goes on to list examples of useful linking elements: characterization traits, actions, objects, words, qualities of light, sounds, and ideas. Once placed in common or in juxtaposition at the end of one scene and the beginning of another, these elements help keep the skeletons in what Gardner calls the “vivid and continuous dream” of our story from falling apart at the joints. But I’d like to move from useful, if oversimplified generalizations, to specific examples of craft. Looking at a variety of authors and genres, we'll see that any of us can benefit from a simple incorporation of the Principal of Transition. Most importantly, if we move past this idea of elements in common (simile) or juxtaposition to the notion of “Transition as Metaphor” we'll gain ultimate artistic control over meaning.

The transition of image is perhaps the most familiar to writers of our generation, as involved and immersed in film as we tend to be. If art school has not yet traumatized the last of us with the transition in the 1929 film by Luis Bunuel, “Un Chien Andalou,” in which a straight-razor slices across an eyeball, disappearing just as a cloud cuts across the full moon, then we have seen its many copy-cats—moons rise and turn into a sun, or an eye, or a car-tire... any roundish object seems to suffice. So now seems an appropriate time to mention that the first key to a good transition is to be as original as possible.

In The Bushwhacked Piano, Thomas McGuane's hilarious picaresque novel about a man named Nicholas Payne's slapstick pursuit of an ex-girlfriend from Michigan to Montana, McGuane uses a simple image transition when he ends one scene with the lines:

"Stay where you are,” she said. An instant later she photographed him with a large, complex-looking camera. “That will be all,” she smiled.

The steamer dock, the former property of the Sugar Island Amusement Company, defunct 1911, was a long balconied pier half-slumped under water.

This transition is one of juxtaposition, because while the image we’re left with from the first scene is one of stream-lined photographic gadgetry and the polished lens of the “complex-looking camera,” the next scene opens with the image of a dilapidated steamer dock and its pier. A rundown building, defunct, is the antithesis to modern technology.

Now, on the phone, Ann’s porcine mother had it in her heart to tell him to wait until the end of summer to call. Payne doted on the pleasure it would bring to shoot the old cunt in the spine.

This image transition relies on commonalities. The shot in the spine would cause a leak of one kind, while the leak in Payne’s glass is quite another. It’s also dependent on the dark-humor and leaps of logic characteristic of the narrator's voice.

Another common transition worth noting, perhaps for its less obvious and more abstract nature, is the transition of idea. In Bobbie Ann Mason’s uncharacteristic (for her) first-person period-piece, “Detroit Skyline, 1949”, one scene ends:

And the next begins:

“They had arranged for me to have a playmate, a girl my age who lived in the neighborhood.”

Notice that the idea “youth” is the linking element from one scene to the next. In the first scene Boone is lucky because he’s “young and ain’t crippled and has a good job," while the next scene is about “play” and a “girl my age."

Perhaps the most rich collection of transitions in one short collection of pages lies in the second chapter of Richard Yates's Revolutionary Road. The novel is about, among numerous other more societal concerns, Frank and April Wheeler; a married couple who have spent the last decade moving from youthful-romanticism to a pessimism-disguised-as-realism that they think is maturity. When the chapter opens, Frank has just witnessed April's failed community-theater performance, the potential success upon which they both sadly placed hopes for the return of their former romance. April's failure only serves to remind them that their current selves are inescapable. In order to avoid any contact with the audience or the other players:

She led him through a side door that opened onto fifty yards of empty, echoing high-school corridor and they walked without touching each other and without speaking, moving in and out of the oblongs of moonlight that lay on the marble floor.

Yates transitions us to Frank's romantic reveries with a transition of the senses:

The smell of school in the darkness, pencils and apples and library paste, brought a sweet nostalgic pain to his eyes and he was fourteen again, and it was the year he'd lived in Chester, Pennsylvania--no, Englewood, New Jersey-- and spent all his free time in a plan for riding the rails to the West Coast.

Perhaps my favorite, of all the wonderful transitions in this series, comes after Frank's lovely memory of his first time in bed with April.

She was lying miraculously nude beside him in the first blue light of day on Bethune Street, drawing her delicate forefinger down his face from brow to chin and whispering: "It's true, Frank. I mean it. You're the most interesting person I've ever met."

When we return to the present Frank is trying to console April, albeit unskillfully, by telling her why it didn't really matter if her performance was bad. She says:

Could you just please stop talking now, before you drive me crazy?

This transition of speech, and juxtaposition of idea, serves as a testament to the dark wit and keen sense of irony present in Yates's work, but I also select it because it serves best as a transition to my next topic: Transition as Metaphor. Here, the shift in April's interest in what Frank has to say, the shifts in her perception of him and in his perception of what she needs from him, serve as a powerful metaphor for the shifts taking place in their relationship.

Metaphor: Joining in relationship two clearly separate and defined elements, in order to come to an understanding or definition of a third, more abstract and complex, element.

To dig deeper into the idea of Transition as Metaphor, let's look at a simple transition of action from Horton Foote’s screenplay, Tender Mercies. The main character of Tender Mercies, Mac, was once a famous country musician and a self-destructive alcoholic; afraid to return to music for all it symbolizes about alcoholism's destruction in his life, he is now a handy-man at a motel and gas station.

While there is a quite simple and unimportant transition here from Night to Day, there is also the more important transition of action—from clicking off the stereo to taking up the nozzle of the gas pump—but the most important aspect of this transition is its metaphorical content: we see the character’s old life in juxtaposition with his new one. In one scene we see him listening to country music that he once wrote, and in the next we see him pumping gas into a car that he doesn't even own.

I end with this transition for two reasons. The first is to demonstrate that by now we have a thorough understanding of how to transition to a similar or juxtaposed aspect of the same element. If we had a screeching tire we might choose, for the next scene, a machine spinning pink taffy ever so quietly. Its image is shared by the machine spinning the taffy, and its sound—the screeching—is juxtaposed by the silence of the fluidity and folds of the candy. Not groundbreaking, but juxtaposing or placing in common one or more elements. The second reason I end on this transition and my own simple example is: the more complex, in general, the better.

Let’s look once again at the example from Tender Mercies.

There is a transition of quality of light: Night vs. Day. There is a transition of location: Mac's lone trailer vs. the motel that belongs to the love-interest. There is also a transition of action: listening to music vs. pumping gas. But finally, and one or many more steps beyond my taffy example, the transition’s importance is rooted in character development and plot. It serves a function. It not only gets us from scene A to scene B, but it implies the meaning of the relationship between the two scenes (How far has the country star has fallen, to be pumping gas?). And it implies the unknown, scenes C-Z (How far will he fall, before he rises again? Will he ever, at his age, rise again? What does it now mean to him to “rise”?). We can see how simple it is to embrace the Principle of Transition, but it is only through an understanding of Transition as Metaphor that we maximize our artistic control over meaning.

Go through your story, novel, or screenplay, and note all of your transitions. If they are working on one level (a conscious dramatic use of idea, words, actions, etc.), are they working on two (simile or juxtaposition) while representing something meaningful about the character, the theme, or the dramatic-arc?

Thank you very much, this was extremely informative and easy to understand, right to the point!

Thanks so much! I'm happy you found it helpful.

Well, it looks unreal story but the way you described is incredible and definitely I would love to conduct some kind of research on this transition. Now  you can click zodiac to play casino games online. Thanks for giving a good work to spend time on these days.