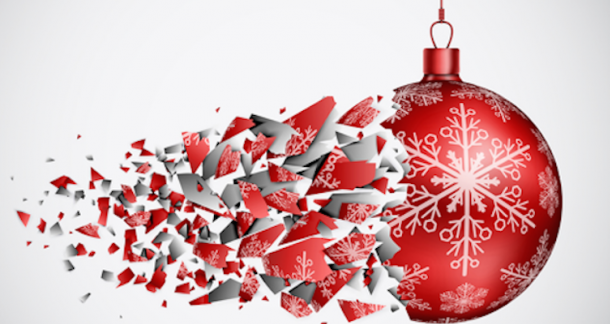 Everybody knows the holidays are all about spreading cheer and goodwill towards fellow man, but there are a surprising number of holiday themed mysteries with more than Christmas spirit in mind. While most people are baking the Christmas ham and trimming the tree, we are settling in with murder and mayhem in these six holiday murder mysteries. If you like your holidays shared with something a little more sinister, these are the books for you. 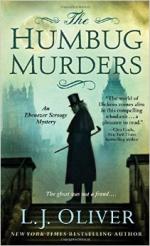 Ebenezer Scrooge considers himself a fairly rational and exceptionally smart man after years of shrewd business dealings, but all of that changes one night when the ghost of his former boss and friend, Fezziwig, visits him in his London home and office. The ghost warns Scrooge that three more men are soon to die, including Scrooge himself, if he doesn’t get to the bottom of a vast conspiracy. Besides being baffled himself, authorities are suspicious when Scrooge’s calling card is found on Fezziwig’s body and someone has scribbled “HUMBUG” in blood on the floor nearby. Joined by his spunky sidekick Adelaide and a reporter aptly named Charles Dickens, Scrooge must race against time to discover the identity of the “Humbug Killer.”

Set in 1833 London, this novel has a wonderful historical setting and intriguing cast of characters based on the Charles Dickens story you know and love. Scrooge makes the perfect amateur detective in this fast-paced and intricately plotted mystery of murder and revenge. The story is darker than you might expect, full of torture, abuse, and grisly murder, but it’s the perfect dark read to even out the ever-present cheer of the holiday season. 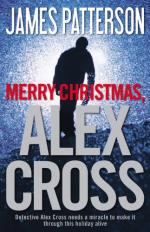 On Christmas Eve, Detective Alex Cross is called out to catch the perpetrator of a church box murder, but he returns home soon after. Thinking his duty is complete for the night, he begins to celebrate the holiday with his family, only to be interrupted once more. A terrible hostage situation is spiraling out of control, and Alex must call upon all of his training and expertise to save another family on this most precious of days. Alex risks it all in pursuit and hopes only to make it home alive for Christmas dinner.

Everyone’s favorite detective is back in this fairly short read from Patterson. But just because the book is short doesn’t mean it’s not jam packed with all the things you love from Alex Cross. Stakeouts, mystery, and high-stakes drama abound in this holiday romp. After all, even though Alex Cross surely deserves some peace and quiet, he’s still America’s number one detective. 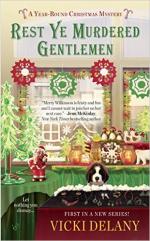 Merry Wilkinson is the owner of Mrs. Claus’s Treasures and knows a thing or two about decorating for the holidays. She thinks her float in the Santa Claus parade is a shoe-in for best in show, but when the float is sabotaged, Merry must face the fact that there’s a Scrooge in Christmas Town. When the body of a journalist in town to write a puff piece about Christmas spirit turns up in the park, Merry has to figure out who is at the bottom of things. Her best friend Vicky is blamed for poisoning the man with her famous gingerbread cookies, but Merry knows her friend is no Grinch. Can Merry clear Vicky’s name and save Christmas?

This cozy mystery serves up plenty of holiday cheer alongside an intriguing whodunit. Merry is spunky and headstrong and makes for the perfect sleuth. She’s persistent, yet never loses her bright-eyed love for all things Christmas. This book is low on the gruesome scale and high on the fun, so dive in to spruce up your holidays. 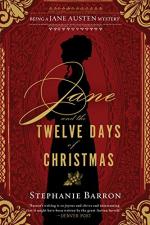 4. 'Jane and the Twelve Days of Christmas' by Stephanie Barron

It is Christmas Eve in 1814, and Jane Austen has been invited to celebrate the holidays with friends and family at The Vyne. Gathering under the mistletoe and feeling celebratory, Jane is happy for many things, including that Mansfield Park has been selling nicely. But when one of the Yuletide revelers dies in a tragic accident, Jane becomes highly suspicious. She knows that if the accident was murder, it means one of her fellow snow-bound guests is the killer. Jane must find out who she can trust as she discovers the truth and stops the killer from striking again.

This book is the latest in the series featuring beloved authoress Jane Austen as an amateur sleuth and delivers an exciting English Christmas scene fraught with mystery. There is plenty of humor to balance out a grisly murder, and readers will love Jane’s quick wit and sharp mind. Step back in time and join Jane as she jumps into sleuth mode this holiday season. 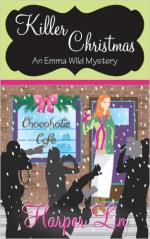 Grammy Award-winning singer Emma Wild returns to her hometown for Christmas, hoping to get over her breakup with a hunky movie star. She just wants to escape it all, but immediately upon her return she is caught up in a murder case. A fan’s drink has been poisoned at the café Emma’s sister owns, and everyone is quick to suspect the drink was actually intended for Emma herself. Adding to the chaos, the detective on the case is none other than Emma’s long lost love, Sterling Matthews. He might very well have shattered her heart all those years ago, but now they must work together to find the murderer before he strikes again.

This book has a wonderful small-town feel where everyone you meet is a potential suspect. Red herrings abound, and nobody can be trusted as spirited Emma Wild tries to get to the bottom of the case. With a sweet romance and a happily ever after, this light mystery is sure to warm you up this holiday season. 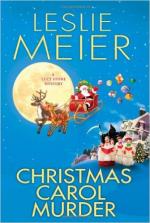 Lucy Stone normally loves planning for the holidays in Tinker’s Cove, and is excited about her upcoming debut in the town’s production of A Christmas Carol. But this holiday season seems to be subdued, with so many residents struggling to make ends meet. When the tightfisted owner of Downeast Mortgage is brutally murdered, the mourners are few and the suspects are many. Between her reporting duties at the Pennysaver and her evening rehearsals for the Christmas play, Lucy hardly has any time to search for the killer amongst so many suspects. But in this season of giving, Lucy must track down the murderer before it’s too late.

This cozy mystery has a decidedly political bent, and is loaded with would-be suspects. Lucy Stone is quick-witted and dedicated to the residents of her sleepy little town, and readers will love to root for her as she follows the clues to the very end. The murder itself will have you questioning your gift-wrapped holiday packages, but don’t fear- Lucy will save the day!

Each of these novels features a murder to be solved and a sleuth on the case, all wrapped up in holiday spirit, so feel free to curl up by the fire and immerse yourself in a world of murder and mayhem. The Christmas carols and tree trimming can wait when there’s a killer on the loose!

What are your favorite holiday-themed mysteries?