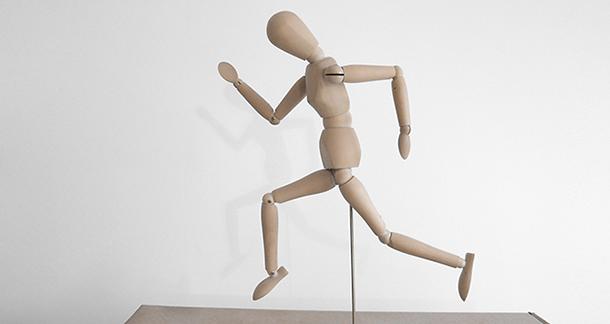 I recently started teaching fiction writing at an MFA program. The gig forced me to test everything I knew. I had to read/reread material in order to teach it. Writing is one thing, but teaching others to write is a different beast. During that process, I realized there were exercises I no longer do because I've developed a system that works for me, which basically boils down to letting characters live in my head for weeks before bringing them to life on paper. In any case, if you've found yourself struggling with your character development or have ever been accused of writing shallow, one-dimensional characters, you might want to try one of these exercises out.

1. Direct a biographical documentary or movie in your head

I'm  not saying you need to bog down your narrative by adding 15k words of backstory, but you should have all that information in your head as you write.

Even if you're writing a 25k noir novella that moves at breakneck speed, it pays to know who your characters are and where they come from. In my case, this is crucial because the people I create for my crime fiction come from a variety of places and backgrounds, and I want them to be authentic. If I don't achieve authenticity, I lose. That's one of the many reasons I use Spanish and Spanglish. To make sure you know the life of your characters you have to give them a life, you have to construct an entire biography for them. Now, I'm  not saying you need to bog down your narrative by adding 15k words of backstory, but you should have all that information in your head as you write. People who were born poor and folks who were born into wealth tend to have different views about things like savings, money, and the price of things. Women and men are different, but an Indian woman hustling in the cold streets of England, a black man running a business in New York, and a Latina stuck in Finland at an academic conference might not have the same experiences and views, so write accordingly. Remember: these are your characters. You created them. You fill in the blanks. Study their cultures and languages and then create a life for them that is respectful and believable.

2. Take your characters out of your narrative and genre and place them elsewhere to test them out

Yeah, so your character is a tough guy who's great with guns and can kick ass like Bruce Lee. Awesome. Now take him out of your story. Put that killer in a mall packed with teenagers and study his actions and reactions. Your femme fatale? Make her the CEO of a company and look at how she treats people. Give your drug dealer a baby, a regular job, and a loving wife, then explore how that would change him. What kind of parent would your character be? What would your character say to a friend who's dying in the hospital? Take that good person who hates violence and have them walk into their mom's house as a robber is beating the shit out of her. What are they going to do then? Force your characters to think about their life after they exact bloody revenge. Make them contemplate their world from a different perspective. This will help you know them intimately, the same way you hopefully know yourself.

3. Become an actor and read your dialogue or scenes out loud

The way your character speaks and acts says a lot about him or her. Don't make your thugs sounds like MIT professors, but also refrain from  making them sound the way thugs sound in your head. Find each character's voice and stick to it. Stay away from tropes and dumb accents. Seriously, you will probably fail at presenting accents on the page. Look at the work of Joe Lansdale. You "hear" the accents in there because of their choice of words, rhythm, and idioms, but he never "writes" the accents. Strive for that. Read your dialogue out loud. Make sure it feels natural and unique. Make sure it sounds like a conversation and not what a mediocre writer thinks sounds like a conversation. Also, study how your characters act in a variety of passages. Do they have a tick? What does their body language say? What are they doing with their hands? Do they look around? You have to show your readers all these subtle hints, these tiny-but-significant actions. Reading your work out loud is the best way to slow down and find the flaws in your writing. Try it out.

Now tell me in the comments what you do to make sure your characters feel real so I can try it. Happy writing.

Dino Parenti from Los Angeles is reading Everything He Gets His Hands On November 14, 2018 - 9:28am

Before I start a piece--usually a longer one--I fill out these 9 questions I've cobbled from all my research for each of the main characters, especially the main protagonist and antagonist. I find this helps me very easily flesh them out as individuals while I write them. I'm also an insane plotter, so take from it what you will!  Also more than happy to amend and/or add to the list if anyone has suggestions.

I do something similar after I have identified what the basics of my character are e.g. name, age, job, face, eye color, build etc., etc.

Then I ask myself specific questions like the following:

1. What are his/her motivations for doing X?

2. What does he/she most want and fear?

3. What is the single worst thing that could happen to him or her?

4. What would it take for him or her to rise to the challenge so this could be overcome?

5. How would he/she be different afterwards?