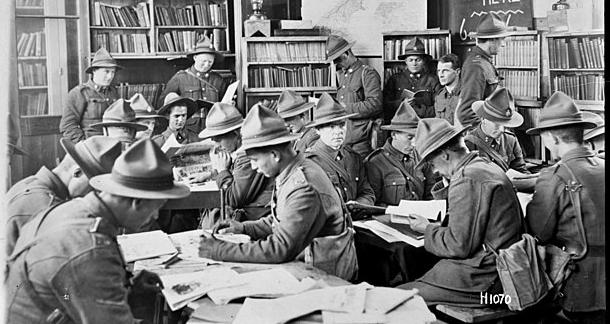 On February 15, 1944, Allied bombers reduced a huge portion of the 6th century Italian abbey of Monte Cassino to rubble. The attack killed 230 Italian civilians who were seeking shelter in the abbey, which had been left unoccupied by German troops. It was a costly military blunder based on misinformation.

Amidst this incomprehensible toll, something did survive– the abbey’s archives, which contained thousands of papal documents, incunabula, manuscripts on parchment, prints and separate collections. The abbey’s archivist, Dom Mauro Inguanez, acted of his own volition to smuggle out valuable manuscripts by the Romantic writers John Keats and Percy Bysshe Shelley, keeping them in his own cell and then crating them with his belongings. According to Dr. Daniel K. Gullo of the Hill Museum & Manuscript Library, Inguanez even smuggled their ashes in a duffle bag and hid them before delivering them to the British embassy after the war. 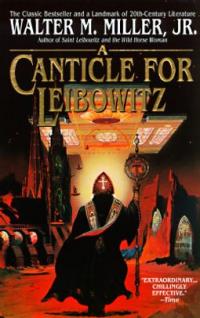 This could have been the end of the story of Monte Cassino’s role in the preservation of literature, but it wasn’t. Gullo explains in his lecture on preserving manuscripts threatened by war and cultural trafficking that this event helped to launch a massive effort to microfilm Benedictine manuscript libraries across Europe; a novel effort, as no organization had yet dedicated itself to the preservation of small and remote libraries, which are especially vulnerable to destruction by conflict. The microfilm project that eventually evolved out of this effort has now been ongoing for 50 years. The destruction of Monte Cassino also left an impression on Walter M. Miller, Jr., a radioman and tail gunner in the bombing crew, who went on to write A Canticle for Leibowitz, a Hugo Award-winning science fiction novel about a group of monks who preserve mankind’s scientific knowledge in the wake of global nuclear war.

As visible, public cultural institutions, libraries have long played a role in the protection of civilians and shared heritage, as well as information dissemination during wartime. For this reason, they are also common targets. But in some of the darkest hours of history, libraries and the librarians who staff them have proven that they’re much more than sitting ducks. In World War I, for instance, the Library War Service of the American Library Association (ALA) mounted two financial campaigns and raised $5 million from public donations. With this money, they erected 36 camp libraries with Carnegie Corporation funds and distributed approximately 10,000,000 books and magazines, many to convalescing soldiers or to boost morale on the front lines.

Librarians also helped to gather intelligence in World War II, when the Interdepartmental Committee for the Acquisition of Foreign Publications (IDC) was established. The IDC were American librarians who presented themselves abroad “as American officials collecting materials for the Library of Congress and other governmental libraries, ‘which are naturally interested in preserving the records of the present crisis in our civilization.’” The materials they collected were then scoured for any clues regarding troop movements or other strategically useful information.

Of course, as anyone who has watched or read any form of news media over the past few months knows, war is a constant reality of the 21st century as well. In February, the following tweet by Nicholas Poole, CEO of the United Kingdom’s library and information association, went viral:

Bloody hell. Looking at a message from the Ukraine Library Association concerning the cancellation of their forthcoming conference. it basically says ‘We will reschedule just as soon as we have finished vanquishing our invaders’. Ukrainian Librarians, I salute you.”

The Ukrainian Library Association has continued to post regular updates to its website, with a recent post from May 9 noting that each public library in the Dnipropetrovsk region “contributes to the victory and serves as a volunteer center, where they weave camouflage nets, sew pillows, men's underwear, make identification ribbons for defense, help collect things for IDPs, organize charity events to raise funds for the Armed Forces.”

In a response to a statement by the Ukrainian Publishers and Booksellers Association, the current president of the International Publishers Association (IPA) replied, “In times of peace, books have a powerful uniting force. In times of conflict, books are even more important in fostering hope, supporting reconciliation, and cementing peace.”

During World War II in London, the Bethnal Green Free Library requested 100 pounds for the use of putting bookcases in a bomb shelter. The London Civil Defense Region awarded them fifty. And so, 4,000 books were brought down into the tube, providing an escape to Londoners as the city was cratered by falling bombs. In an article for The Paris Review, Rowan Hisayo Buchanan puts into words why this should matter to us sitting comfortably at home, lucky enough to not be inhabiting a conflict zone.

Can you imagine celebrating our libraries as we do our battalions? What if world leaders put their egos in the number of libraries their countries boasted? Perhaps we should start by being grateful for those libraries we do have. There was almost no bomb-shelter library. If the war government had decided that books were too frivolous…then the residents of Bethnal Green would’ve had no books to unfold as they crouched underground.”

This is a condensed post about a complex topic and frankly, I could go on for pages and not come anywhere near to doing the role of libraries in wartime justice. If you’re interested in learning more, consider reading about the brave librarians of Timbuktu or Syria, more about the history of Monte Cassino, or how to help Ukraine's libraries.

Get A Canticle for Leibowitz at Bookshop or Amazon

Get The Bad-Ass Librarians of Timbuktu at Bookshop or Amazon