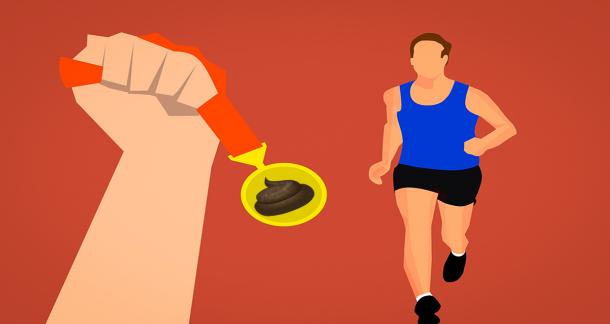 This is the year I figured out how to do reading goals: I’ll list the ones I’m NOT doing. Yes, that means the list is longer, but when 2021 rolls around and I haven’t accomplished anything on my list, I'll feel good about it.

Plus, there's nothing I like better than making fun of a genuine, thoughtful attempt at reading.

Let’s get down to business.

Don’t get me wrong, it’d be a blast. But I don’t think I read as fast as he writes. And I do have some fear that this goal would result in a new, much higher baseline for what’s weird, and maybe that’d sap some of the fun out of the world. If you read about a literal menstruating mall, what does reality even have to offer anymore?

I’ll just use drugs if I want to get really sleepy, thanks. Sleep and warmth. That’s all you need. Besides, there are a lot of duds on this list. Do I want to READ Bob Dylan lyrics? Hell, no. Sully Prudhomme? Hard pass.

I thought about this once. Because the dictionary makes a good poop read. But it’s also pretty boring, and while I don’t really need to read words like “perspire” to know what they mean, I’d HAVE to read them in order to complete my goal. And see, if you set yourself up with a reading goal where half the shit is just for the sake of completion, you’re set up for failure. Not to mention they put some weak-ass shit in dictionaries these days.

Read in a weird position! Take something that’s an offline, relaxing, interesting hobby, like reading, and internet-itize it. Because that’s just what reading needs, a way to be competitive and image-based. Good thinking, assholes!

Read A Book From Every Country

Also, I might be the only one who feels this way, but so-called "armchair travel" is for dweebs. If you think that it's pretty good or even the next best thing to actual travel, I've got a stack of erotica and a chastity belt to sell you.

"Moby Dick"? Why bother? NOBODY reads that shit.

I tried. A Tree Grows in Brooklyn? I wish I was watching that happen in real time. It'd be more exciting than the book. The Scarlet Letter? VERY ironic that the chosen letter is an "A," as though this book earned a passing grade. Moby Dick? Why bother? NOBODY reads that shit. It’s not like I could talk to anyone about it. The last thing I need is a better way to alienate myself.

One time I went to bar trivia with my partner. We showed up late, and we were way behind until the round on serial killers, after which we surged ahead in points. It was exciting to know the answers, but also a little embarrassing to know so much about murderers and so little about baseball. What I’m saying is: I know enough about serial killers, thanks, and I’m sure there’s other types of nonfiction out there, but why?

This isn’t so much a challenge because fiction is better. It's like signing up for the "Eat Only Delicious Food" challenge. When's the hard part?

Any Challenge Created For The Masses

You know what I'm talking about. All these web sites out there with their "patented" reading challenges.

This is like taking on a powerlifting program that’s not designed for you. Some joker over at BookWhatever doesn’t know what you need. They don’t know your background, your history, where you're starting and where you're deficient. For someone who doesn’t know you to prescribe a reading challenge is stupid. For you to accept that prescription is even more stupider.

Any Challenge That Has The Category "Read A Graphic Novel"

First of all, they're called "comics." "Graphic novel" is this fake term NPR adopted so they could talk about comics without being forced to bring in some nerd-o who knows the entire history of Wonder Woman's outfits. It's so you can feel like a grown-up about reading a comic without lowering yourself down into the muck with the rest of us and our webshooters and Fantastic Four's and Leagues, which are often of Justice.

It's 2020 and you haven't read a comic yet? You don't need a challenge. You need an intervention.

"Graphic Novel" is a red flag. Whoever made this challenge is barely even trying.

Goodreads challenges incentivize you to make it easy on yourself. In order to achieve your goal, you can set it at something that you’re likely to match, but then...what’s the point?

And if you achieve your goal early, then what? You can keep reading, but it doesn’t count for anything. What would be the point of that?

I don’t see someone’s attractiveness as any authority on what’s good readin’.

Last year I took a trip to NYC, and I was inspired to become an Instagram influencer. I spent hours taking pictures of my butt in front of NYC stuff, surrounded by other people doing the same thing. Sure, most of the other people doing this were young women with lots of makeup and fancy clothes, but there was one other guy who was like me, and he fell in a bush. So I was less of a buffoon than him, and being anything other than the biggest buffoon counts as a win for me. IN ALL SCENARIOS.

I’m fairly convinced that “influencers” are all very attractive. And I don’t see someone’s attractiveness as any authority on what’s good readin’. Therefore, getting uglier would be the ticket for me. Alas, I don't think it's possible.

What are you, 5? You have a "summer vacation"? Here's a summer reading challenge for you: read some job applications, get a damn job, and maybe then you can stop crying about your student loans. Summer vacation. Gimme a break.

Pick a book from every year, starting with the year of your birth? How about I’ll just read a contemporary book every year until I die? The Death Year Challenge. Almost the same result, but the ending will be more of a surprise.

If you’re a big reader, you’ll probably come pretty close to doing the birth year thing by accident. A goal you do by accident sucks. "It was my goal to fall on the ice and tear my groin." Wow. Glad you could achieve it.

Read all those books on your shelf, the ones you bought and never read? I’m sure some maniacs out there want to die having read everything they ever bought. Me? I wanna go knowing there’s more out there than any person could ever enjoy in a lifetime. Bonus: Your ungrateful, asshole relatives have to figure out what to do with your crap. I see all this stuff about cleaning so that your death isn't a burden on your loved ones. Well, excuse me for thinking that those jerkoffs could use the time to reflect on my life and how great I was. Sorry if that's disruptive to whatever stupid garbage they had planned for the day. Sorry that my death is an inconvenience.

I personally think this is a great challenge, but you’re not going to make it. You just aren’t. I can do it, but you? Not likely. 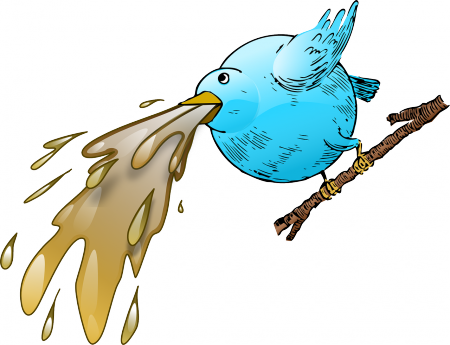 I'm gonna tell you a secret. I'm starting to suspect that nobody on Twitter cares about what I have to say. Seems like people are listening to you, but me? I'm almost suspicious that...nobody gives a shit!

Nothing But Comedian Memoirs

After some research, I've decided that comedian memoirs are the worst. Imagine taking a comedian’s act and turning it into a bland text with no act-outs, emphasis, or liveliness. Sound terrible? It is! And there's a ton of it out there.

There’s a “FREE” bin outside a bookstore I really like. One could spend a lot of time perusing the free bin. One has. That "one" being me. And I’m here to tell you, there’s a reason that shit’s free. You're doing the store a favor by taking this stuff off their hands. The bin must be about halfway between the storefront and wherever they dump trash, and someone must've been like, "Maybe we can trick customers into throwing the trash away for us." Well, not on my watch, buddy! You can throw away your own trash! And also this coffee cup I brought in from outside.

Maybe this is the year to read EVERY book your book club picks. Or, maybe it's time to admit that you just don't care what your book club thinks anymore. You know it's true. Book clubs are irrelevant now that we can tell the whole world we've read a book by reviewing it just about anywhere. Best part? You don't even have to read it! You can review stuff on Goodreads you've never even heard of. Who's going to stop you? "On my fifth re-read of Infinite Jest, some new items stuck out to me..."

I have a better idea. Instead of reading the college textbooks you've got boxed up wherever, feel shame about still having them, throw them in the garbage with as much force and anger as you can, dump the cat's litter box on top of them, officially trash the dream that you're going back to school (and using the same texts for some reason?) and move on with your life. That's the challenge: Put the past in the past. And in the garbage can where it belongs.

10 Resolutions to Help Make 2018 Your Best Reading Year Ever