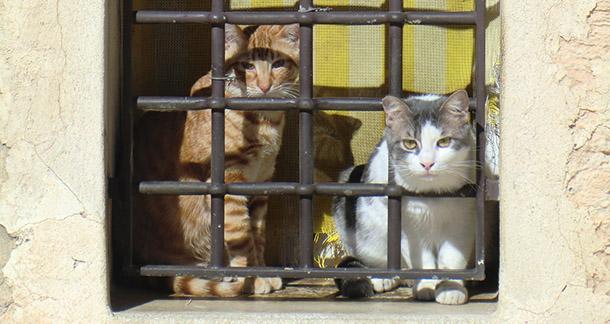 Many people who want to become writers do so only to find that they can’t write. I don’t mean that in a qualitative sense—their writing sucks—but in a quantitative sense: they can’t come up with any words. It’s a wretched state to be in at first, but in order to sustain unproductive misery over the long haul, one needs to have a list of excuses close at hand to fend off the inquiries of smug and superior friends and gloating fellow writers. The following excuses serve that function. Please note that two of them are true stories. Correctly guess which ones they are and win a valuable prize!

This tried and true excuse has stood the test of time and can be employed on virtually every occasion when one is expected to produce something or perform a function on schedule. It was a gym class staple for those of us who were not, shall we say, athletically gifted. Some may carp that it’s overused, a tired cliché. But that’s just redundant. If you were at all creative you wouldn’t need an excuse.

2. I have nothing to write about.

3. My editor ate my manuscript.

He said it was an accident, but I’m not so sure. Writers need to know that our editors appreciate our work for how it reads, not for how it tastes. If publishing doesn’t provide editors with enough financial rewards to buy food, they will simply have to learn to deal with it sensibly. They can always go on food stamps. There are many fine soup kitchens they can choose from. The United Way and the Red Cross may step in. But editors should refrain from making meals out of their authors’ manuscripts. It’s just not right.

This is a tragic situation for all concerned. The dog suffers the most, with the writer close behind. There’s bound to be vomiting and projectile diarrhea, and that’s just for the writer. The dog must live with the bitter flavor of an editor in its mouth until it dies, which, given the taste of many editors, might be a matter of seconds.

5. My mother stole my idea and won the National Book Award with it.

Although it’s rarely acknowledged in the media, which is perennially caught up with trivial matters like accuracy, this excuse is fairly common. Dig a little into the enormous backlist of Joyce Carol Oates and you’ll find one very disgruntled son, Fred Carol Oates. What’s that you say? Joyce Carol Oates has no son named Fred Carol Oates? No children at all? Well, fine: pick another writer and you’re bound to find the same type of super-peeved offspring, progeny that parents condemn to lives filled with shame, frustration, and writers block. My own mother, Amy Tan, was on her deathbed when she finally confessed to stealing The Joy Luck Club from me. I did not accept her apology, and I haven’t written a word since.

6. I read Chuck Palahniuk’s novel [insert title here] and realized that I had no reason to live, let alone write.

Extreme envy is like mother’s milk to writers in much the same way that human blood is to vampires. We crave it. It keeps us alive. But all too often, we pick miserable no-talents on which to focus our jealousy. You can easily tell when that happens because no matter how insane our resentment may be, it doesn’t affect our work at all. Not only do we not kill ourselves, but we continue to pour our souls into our writing in the mistaken belief that it will get us somewhere. No, my friends—you have to find a writer whose work is so good that it saps your will to live along with your ability to write. Once you determine that writer’s identity, your problems will vanish. You don’t have to go the extra mile and commit suicide, but if you do, try not to make too much of a mess.

7. I can’t possibly write anything until I tile the water heater room.

All writers should have a productive hobby—something to take our minds off the sheer hell known as writing (but which is more truthfully called Am I Fucking Crazy?) Tiling is the perfect pastime. First you must choose the area to be tiled; this can take weeks, during which time you can’t be expected to write anything other than lists upon lists of potentially tileable areas in your home. Next, you have to select and order the tiles; you’re going to have to live with these tiles, so you must take a good long time before committing to anything. Spend much time at the tile store; you can kill whole days doing this. Once you’ve settled on the tiles and placed the requisition, months can go by while you wait for your hand-blown glass mini-tiles to be made to order by industrious semi-slaves in China, and how can you possibly write anything while caught up in the anticipation of the tiles’ arrival? You can’t! Then the real fun begins. Laying tiles is fussy work; it takes a very long time to get the tiles in precisely the right place. You may need to rip out whole swaths and redo those areas before you’re satisfied. By the end of your household beautification project you will have successfully lost interest in whatever it was that you thought you wanted to write about in the first place.

8. I can’t write anything because I am planning to have sex tonight.

To find true erotic fulfillment, one must prepare for it very carefully. Painstakingly. Obsessively! There is much to do on days when you might get lucky, even (or perhaps especially) if you are in a long-term relationship. No writing is possible on these days. You really should go across town and have a mani-pedi. It’s a kindness. Mani-pedis are not just for women; men’s feet can be vile and gross, and it’s only fair to your sexual partner to keep your foot funguses and gray, dry, flaky skin to an absolute minimum. Then you must choose your outfit. The little black cocktail dress that shows off your ass? Or the colorful Lilly Pulitzer knock-off you got at Target for a song? Once again, this advice applies to guys as well. The tank top with the enormous armholes that show off your buff, gym-rat physique? Or the more conservative khakis and striped polo shirt you bought at J Crew?  The necessary pre-date shower can last until the hot water runs out. And then there’s the eternal question, one that requires a lot of internal debating: do you apply scent or go au naturale? There is simply not enough time to write when screwing is even a remote possibility.

9. I was convicted of murder and am now in solitary confinement without a computer.

Many, many writers can’t write because the American prison system will not permit them to do so. It’s a horrendous miscarriage of justice, and it’s an even greater loss to the reading public. With so many colorful characters and dramatic incidents and frightening gangland tattoos in America’s penal system, penitentiaries ought to be spewing cutting-edge literature out of their doors like spit. But how can anyone write while in isolation in the stir? Think practically: Death row units have no electrical outlets, so the convict/writer can kiss his iMac goodbye, perhaps forever. For even those felons who are fortunate enough to avoid the botched executions that have become commonplace in this country, simple incarceration kills the spirit. And without spirit, there can be no creativity. To those callous armchair critics who smugly suggest that prisoners merely scribble sentences onto the walls – first with their fingernails, next with their blood – I say this: In the average cell, there’s only enough wall space for a short story, and single short stories don’t sell, so why bother?

10. I came down with the Ebola virus and died before I could turn in my manuscript.

This excuse should be reserved for use only in cases of extreme emergency. It has a faintly unlikely ring to it, and a few of the smarter editors in the business may become suspicious. To avoid any unpleasantness, one should move out of town, cancel phone service, cut off all communication with family and friends, and deactivate one’s Grindr or Tinder account immediately. Where you end up is, of course, your choice, but I recommend staying away from Sierra Leone and Guinea. Costa Rica is lovely, I’m told.

What is your favorite or most ridiculous excuse for not writing? Share it in the comments.

I can't write because we had the zombie apocalypse and my typewriter ran out of ink from it's ribbon.

All for various reasons: I seem to have the bad luck, where once I'm switching to a new genre a movie in that genre is what's in theaters. Oh and family wants to see it.

edsikov from New York by way of Natrona Hts PA is reading absolutely nothing September 2, 2014 - 1:47pm

I feel your pain.

Good article! So much so, even though my stomach hurst and my mother may be writing a better book than any of the ones I'm working on (two, to be exact), I'm gonna knock out a few sentneces.

Thanks for the motivation--and the funny article.

edsikov from New York by way of Natrona Hts PA is reading absolutely nothing September 3, 2014 - 5:04am

Hilarious. Especially the parts about tiling the house and prisoners... lol. Great article!

edsikov from New York by way of Natrona Hts PA is reading absolutely nothing October 2, 2014 - 8:19am

Thanks, Angelina! I appreciate your kind words.