The Pompous Fool As Narrator 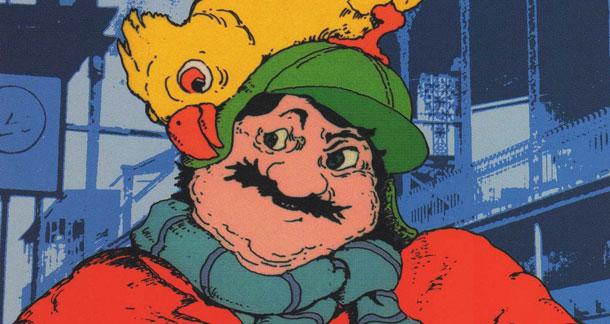 The world is not how it used to be. Things have changed for the worse and I bet you, dear Reader, are complicit with this.

Those two sentences are not me. They’re an enactment of a certain kind of pomposity that may be very common in the inner lives of people, but is rarely expressed. If you and I heard this kind of rhetoric at the bus stop or waiting in line for a cappuccino, we would roll our eyes and stifle a laugh. It’s a type of arrogance that not only says “I’ve got the world figured out,” but, much worse, “I’m going to tell you all about it.” You might already have a crystallized mental image of such a person: my immediate go-to conjuration is of a middle-aged man, with jowls and dandruffed shoulders, wearing a crumpled suit and holding a glass of red wine. In fact, I’ve met this person several times, but tricky archetype that he is, he’s worn many different masks of both genders, various social placements, and of varying opinions.

This is not your run-of-the-mill arrogance, which suggests the insecure need to impress the world. This is not the average pomposity that clings to established areas of the person’s expertise, so that they may pontificate safely. This is the pompous fool who wishes to shape the world and rid it of its wrongs, the idiocy that says its name loud and clear.

Ray Midge, in Charles Portis’s hugely underrated The Dog of the South (by some distance the funniest book I’ve ever read), is one such character. The novel is told in his words, as he attempts to put pen to paper and describe his wife’s absconding with her ex-husband, and Midge’s attempts to pursue them. Because she has his car and credit cards. Details riddle the book, not to boast, but as a method for Midge to realize the absurdity he’s often placed in, presuming that we would be exactly the same. He spends long stretches of the day reading accounts of the Civil War. He gets into arguments. In one brief passage, he strikes out at a noisy neighbor in his own inimitable way:

One night I called him. I was reading a biography of Raphael Semmes and I put it down and rang up the twerp and asked him if he knew who Admiral Semmes was. He said, “What!” and I said, “He was captain of the Alabama, twerp!” and hung up.

Even if you haven’t read the book, your conception of Ray Midge is almost certainly close to reality, if you were to draw just on the above extract. There’s a simultaneous cringing at the weakness of his attack; there’s admiration that he, at least, took action where most would keep quiet; there’s even sympathy. Midge cannot deal with people whom he perceives to be ill-educated and rude, and lashes out in his own lonely way. Now, imagine one received that call. We would put down the phone and laugh at the absurdity. The fact that Midge is unaware of this absurdity, even though he relates the incident, is what can make the pompous protagonist so endlessly fascinating.

Or to take a more famous example, one who has entered the literary mainstream, more or less, consider that troublesome behemoth Ignatius J. Reilly from A Confederacy of Dunces. He shares many of Ray Midge’s qualities, particularly his fetishizing of the inherent superiority of past times. It suggests something very sad, that these people truly believe they would be happy at another point in history, and it is the modern world that is to blame for all their woes. Again, there’s a simultaneous evocation of qualities in the characters. Their weakness is both endearing and maddening. Reilly outwardly names this as the root of his ill-fitting with modern society: “Apparently I lack some particular perversion which today’s employer is seeking.”

But this is the crucial difference between Midge and Reilly: Reilly can’t shut up. A Confederacy of Dunces is told in third-person, and so these bloated and deluded opinions are constantly foisted upon whoever has the misfortune of being in his company. The Dog of the South purports to be the written recollections of Midge. Yes, he’s also a fool. But he’s not so active in trying to make others recognize him as a superior being. All distress and frustration is projected into the written word. Though they both fall under my pompous fool’s Hall of Fame, the way in which they choose to engage with the world’s of their novels is very different, and provokes divergent responses.

My greater sympathy lies with Midge; his circumstances force him to kick against reality’s pricks, while mad quixotic Reilly tilts towards them of his own volition. Sympathy for Midge is key to his appeal (although the book remains terribly under-read) but Ignatius J. Reilly endures, despite the fact that we’d feign stomach pains to escape his company. Why is this? Schadenfreude? Do we really enjoy watching the pompous fool continually fail in life? There’s a new sub-genre of comedy called “Cringe Humor” or, occasionally, “Cruel Humor”. This is particularly prominent in the UK. The Office, Peep Show and Alan Partridge’s various programs all have an arrogant fool repeatedly enduring humiliation. Or, to cross the Atlantic, take Larry David in Curb Your Enthusiasm. In many ways he is a more agreeable and “correct” Ignatius J. Reilly, unafraid to rebel against societal norms that he deems illogical or unfair.

It may be that Larry David (the character) can provide a bridge to the pompous fools of literature. He is relentlessly butting heads with other people over various things, usually mundane, be it the use of a disabled toilet if nobody’s around, to refusing to change to the front seat for a two minute car drive. The difference between him and Midge/Reilly is that often he seems to be correct; the things he’s railing against are stupid, they should be different, but the abrasive method by which he communicates this causes friction. For example, he takes issue with the lemonade at a children’s stall:

Unempathetic and pedantic, sure. But is he wrong to insist that, because they’re charging for it, the lemonade should be drinkable? I don’t think so. Maybe I’m as awkward as he is. This awkwardness may be a key to why the pompous fools, the Larry David equivalents who are deluded and irrational, still appeal. They allow us to enter into a state of awkwardness that frees us of a certain expectation: that we must be a certain way and do a certain thing to fit a societal place. This enjoyment, this thrill we feel in spending time with them and indulging in their awkwardness by proxy — as a means to be free — is well put in Adam Kotsko’s book Awkwardness:

If “awkward” is etymologically a directional term like “forward” or “backward”, then where is it pointing us? ... It is “no place” because there’s no need to go anywhere: the utopia of awkwardness is where we already are. Rather than an ideal order that must be established, it is a strangely inverted kind of utopia that all of our social orders try and fail to escape.

There is a thrill in the company of characters who don’t — or are unable to — conform to societal expectation. The pompous fool exists in just such a state of awkwardness, permitting the reader to share in their railing against the world. It doesn’t matter what they rail against. Charles Kinbote, the apparently insane editor in Nabokov’s Pale Fire, exists beyond the threshold. Whether his stories of an exiled king are true or not, his grip on reality is still tenuous at best. And still, he aptly sums up the frustration towards the world’s encroachment on one’s life: “There is a very loud amusement park right in front of my present lodgings.”

The pompous fool exists to heckle the amusement park in front of our houses. We laugh at them, we may even despise them, and we do not agree with them. But they perform the role of awkward rebel, and are a vastly underrated character type in fiction. May they long continue their pointless struggle.

Many great writers are also egotistical assholes and that's okay.

I'm in love with this, I like to think I make a good fool.

Full discretion, I've linked to this post in a respectfully playful manner, I hope you are somewhat humoured by this. https://memoiredelademence.wordpress.com/about/