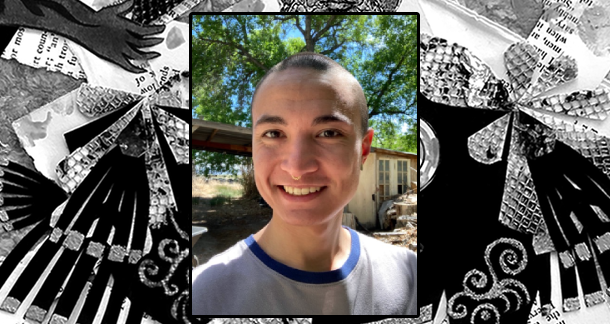 The fourth poem in my debut full-length poetry collection, Salamat sa Intersectionality, describes a specific scene in Nevada, my half-home state (the other half being California). Nevada’s vast expanses of wilderness, its stretches of mountains, and its shifting tones of dirt aren’t foreign subjects to me, as I’ve reflected on these idyllic aspects of the state in many other pieces. However, in this poem, simply titled “Nevada,” I explore a different sense of love entangled with what I believe is an act of mercy. Written as a sonnet (sans meter and rhyme scheme), “Nevada” lyrically depicts the Bureau of Land Management’s euthanasia of mustangs in the northern part of the state. The poem grotesquely represents a dying horse—“[g]uts decorate a thirsty earth”—while flies “battle” for the corpse. The imagery is visceral and, I hope, cinematic, as I want to leave readers with impactfully disturbing images. 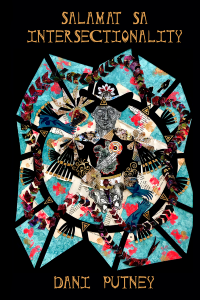 Although my poem records the BLM’s slaughter partly to question the ethics of the agency’s history of mustang euthanasia (a practice wild horse advocates have long opposed), I ultimately see “Nevada” as a merciful love letter. I wrote this poem in response to William Brewer’s “West Virginia”—included in his collection I Know Your Kind (Milkweed Editions, 2017)—which models the kind of mercy I sought to emulate. In his poem, Brewer likens West Virginia’s inhabitants to a colony of bees working without their queen. This analogy is apt in describing the state’s opioid epidemic because addicts, like a queen-less hive, might reach “to the sky for an offering,” something to penetrate the chaos. Rather than merely lament the state’s plight, though, Brewer mercifully demonstrates West Virginians’ resilience against a backdrop of drug addiction, as “[t]he colony glows” in the concluding line. Rather than exist as victims, the state’s residents are survivors who continue to work within a luminescent hive.

The mercy in this beautiful moment arises because it’s simultaneously disturbing. It could be argued that these bees are injuring or, much worse, killing themselves trying to maintain their “[f]allen kingdom.” Looking past the immediate issue of drug addiction, the mountains of West Virginia are eroding due to mining activity. Is the state, then, not physically falling apart? Given the metaphorical and literal destruction of West Virginia, it may not seem appropriate to extol any form of “hidden” beauty within the situation, as glorifying destruction can be problematic. But this poem communicates mercy, not glory. Brewer has transformed a disturbing predicament into a “briefly sustaining form of pleasure,” to borrow Carl Phillips’ language in The Art of Daring: Risk, Restlessness, Imagination (Graywolf Press, 2014), a moment I must believe is redemptive for the residents of West Virginia.

This is the flavor of mercy I wished to communicate in “Nevada.” Like the resilience of West Virginia’s figurative bees, Nevada’s murdered mustangs are beautiful. Though it sounds macabre, the horses’ flesh will decompose, providing nutrients to enrich the Nevada dirt I dearly love. In turn, the enriched soil will enable desert plants to flourish. I pose this cycle as a question—“does the energy recycle itself?”—to encourage readers to ruminate on the interconnectedness of nature. One life (or, realistically, many) may have been wrongfully ended due to human intervention, but that energy doesn’t disappear. “Sagebrush grows / where bones sink,” I conclude the poem, reminding readers of the cyclic beauty of dying. There’s a wicked pleasure in witnessing a mustang’s death, new life emerging in its place.

Dani Putney is a queer, non-binary, mixed-race Filipinx, and neurodivergent writer originally from Sacramento, California. Their poems appear in outlets such as Empty Mirror, Ghost City Review, Glass: A Journal of Poetry, Juke Joint Magazine, and trampset, while their personal essays can be found in journals such as Cold Mountain Review and Glassworks Magazine, among others. They received their MFA in Creative Writing from Mississippi University for Women. While not always (physically) there, they permanently reside in the middle of the Nevada desert. Salamat sa Intersectionality is their first poetry collection.