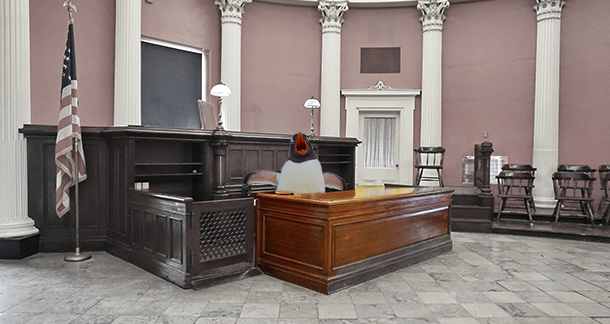 If you’re anything like me, you heard about Penguin Random House buying Simon & Schuster for a million billion dollars, shrugged, and went back to deciding whether your book sales for the entire last quarter could buy you one of those stupid margaritas with a beer upside down in it.

Here’s the thing, though: while all the business types are talking about the merger, and while they all make it sound like the only people who really need to worry about it are rich bastards with their rich bastard book advances, this merger might have a much bigger impact on you small-time writers and readers.

Order In The Court! 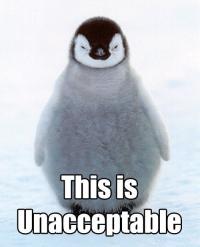 The best way to spool all this out is courtroom style. I’ve always wanted to write a courtroom scene.

In the list of celebrity judges, qualifications-wise, I fall somewhere between Judge Judy, Judge Dredd, and Gary Busey: Pet Judge. Which brought us a case about a remote controlled car made out of a dead raccoon.

Penguin Random House wants to buy Simon & Schuster, which would bring The Big 5 Publishers down to The Big 4, or maybe it'd be The Big 3 and Enormous 1 (I don’t know, what am I, a mathematician?).

The U.S. Government is looking at whether this move would damage the book industry in a terrible, unfair way.

Penguin Random House’s Argument: This merger would help us pay better advances and negotiate for retail placement in a field that’s very uncertain these days.

Everyone Who Isn’t Them: This merger would give one entity so much power that the rest of us can’t compete.

What makes this a little complicated is that the Department of Justice isn’t claiming that this is an issue of monopoly, it’s one of monopsony, a word I’d never heard before researching this column, but let me reassure you, it would make for a board game at least as tedious and awful as Monopoly.

In a monopoly, there is only one seller of a product, and the concern is that consumers are harmed by lack of choice in what they buy.

In a monopsony, there is only one buyer for a product, and the concern is that sellers are harmed by decreased competition when they go to sell their work.

So, the DOJ is claiming this merger harms workers (writers and agents) selling products (manuscripts) as opposed to consumers of those products (readers) having only one purchase option.

Why Isn’t The Government Mentioning Consumers?

Most folks assume that part of the reason for the merge is that Penguin Random House (PRH) wants to have some leverage in dealing with Amazon.

PRH CEO Markus Dohle said early on that this isn’t about fighting Amazon, it’s about becoming an “exceptional partner” with Amazon.

PRH put out about 28% of the books published in 2021, and Simon & Schuster was somewhere around 10%. Which means a combined total of 40% of books would come from one publisher. It would easily be the largest and most powerful publisher of books.

Let’s not mistake PRH and Amazon as David and Goliath. If Amazon is Goliath, PRH is not David. PRH is seeking out an "exceptional partnership" with Goliath. Which I assume consists of selling Goliath t-shirts at fight nights.

A big issue I have, and you should, too, is the focus on large author advances.

As neither of those entities, here’s what Stephen King had to say:

When I started in this business, there were literally hundreds of imprints, and some of them were run by people with extremely idiosyncratic tastes, one might say…Those businesses were either subsumed one by one or they ran out of business. I think it becomes tougher and tougher for writers to find enough money to live on.

If PRH wanted to sell the world on this idea as a good thing for books and reading, they should go with “more author advances,” not “better author advances.” Because, really, who is out there demanding the Stephen Kings or Jodi Picoults of the world get better advances (not even Stephen King believes in this shit, and he’d be one of the few beneficiaries!)?

Readers and writers, I’m certain, would prefer a larger number of modest advances paid to a whole bunch of authors to paying already-high-earning authors a little more. Paying Jeff Strand an advance good enough that he could lease a 3 year-old Camry is much better for the world of books than bumping up an already-huge advance.

In my imaginary court, I also represent Jeff Strand against a ridiculous lawsuit from the Chiodo brothers, who claim Clowns V. Spiders rips off Killer Klowns from Outer Space. I rule in favor of Strand, accuse the Chiodos of not actually reading the book, and then we all have donuts. My court is much more fun than real court.

Penguin, back in the day, made ebook licensing really difficult for libraries.

Penguin only wanted to lend out their ebooks if they’d be subject to a process that involved downloading the book to your computer, then kicking it over to an ereader through Adobe Digital Editions. Let’s not get into this process other than to say it sucks, and all it does is punish readers who are just trying to read a damn book, meanwhile it does absolutely nothing to prevent book piracy.

Library folks get jaded. Salty. Minerals are used to describe us once we’ve been in the business a while, and because of our mineral properties, we don’t forget.

I haven’t forgotten that Penguin had the silliness to go against library lending as opposed to plugging other holes in the system that permit digital piracy.

This may just be stupidity, not evil, but the effect was still the same: barriers between readers (who were trying to do the right thing) and books, proposed and implemented by Penguin.

Penguin Fooled Us Once

Penguin’s acquisition of Random House is what brought The Big 6 down to The Big 5.

In Penguin’s acquisition of Random House, Penguin said the Random House imprint would remain mostly intact, and the editors who worked there and so on would still have jobs and print books. There would still be a competitive market for books.

According to industry insiders, this is total bullshit, and most of those Random House folks are gone.

With this new merger, PRH is saying that Simon & Schuster will still be in competition with PRH. 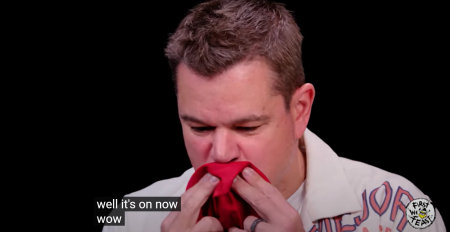 Okay, on an episode of Hot Ones, Matt Damon pretty quickly explained why “they don’t make movies like they used to.”

Making a movie has always been a financial gamble, but in recent years, the only shot you've got to make your money back is during a movie's run in theaters. With the rise of streaming and the disappearance of the DVD market, movies can't make much money once their theater run is through.

What this means is that studios can’t really survive by making 10 movies per year, each of which is expected to turn a modest profit. They can't make money from movies that don't succeed in theaters, but find an audience later on.

The only way to survive is to put out absolute juggernauts and sweep the box office for weeks on end.

So kiss your thoughtful dramas and your romcoms and your other shit goodbye, we are in the age where only cinematic spectacle that “has to be seen in theaters” will see major release. Only those movies that people see multiple times in the theaters will have a place. Which means: I hope you REALLY like Star Wars and superheroes.

My suspicion is that the PRH merger will bring the problems of the film industry to books: only those authors that can return the investment of a very large advance 10 times over will have a place on bookshelves, theirs will be the only books that are sent out for review, and they will be the only ones who go on book tours.

PRH is digging a tunnel straight to the same hell movies are in now, and it's whistling with each shovelful of dirt.

Let’s not belabor this one:

I fail to see how having a smaller number of people publishing a larger percentage of books can result in anything other than homogenization.

Working 5 hours to buy a new release that’s gutless and heartless as a dead dog on the side of the road in bear country, that’s unforgivable.

You ever read those Supreme Court decisions? Herman Melville would be like "Christ, maybe you went overboard on the details."

This is my decision, and I'll keep it briefer and much simpler than those dipshits.

I’m an American. I have apparel with the American flag on it, should I need to prove my patriotism.

Therefore, I believe in the free market.

However, I also believe in a fair wage for work provided.

Right now, it’s goddamn difficult to make it as a full-time writer out there. Near impossible.

And yet, there’s an entire industry that exists only because of the work of writers, and, sure, a steady stream of celebrities cashing in by lowering themselves to working in the medium of print.

I believe in artistic markets, and those can't always be based on what's mathematically likely to provide the highest return, playing moneyball with books and big data.

I also believe in the rights of the American worker who doesn't write, and who deserves to spend their hard-earned money on books with some fucking balls.

I rule in favor of the American people, nay, the readers and writers of the entire world.

And sorry, also, to future me. When you go to send a manuscript to PRH, and it gets rejected...it's your own damn fault.

Get Freaky Briefs: 75 Short Absurdities by Jeff Strand at Bookshop or Amazon

Get My Year of Flops: The A.V. Club Presents One Man's Journey Deep into the Heart of Cinematic Failure at Bookshop or Amazon