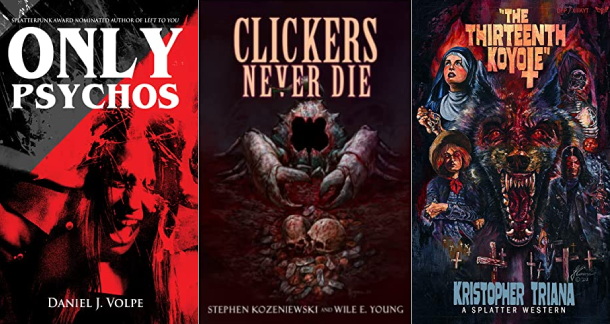 David J. Schow is credited with having coined the term "Splatterpunk" in the mid-1980s. In hindsight, horror fans and writers view the Splatterpunk movement as a counter-culture response to the conservative views and policies of the time. It is also seen as a pushback against the quiet, literary styles of horror that dominated the scene. Even though there was a range of horror being published throughout the decade, attention just felt focused on quieter horror. With the industry as it was in the 1980s, there was far less opportunity to publish experimental works through avenues of traditional publishing.

Splatterpunk and Extreme Horror are often spoken of in tandem. Many fans feel these two categories are distinct, however. How they are defined and the differences between the two depends on who you ask. One point that is often discussed is the purpose behind the writing. Is the author testing the boundaries, simply exploring gore for its own sake? Or is that writer making a statement, using the gore as a tool for telling a bigger story? The problem is, I have heard some claim Splatterpunk is the genre of social commentary, while others have said Extreme Horror. There are probably people yelling at their screens right now over which one is correct. I’m not going to dig into the controversy because that is not the point of this piece. People can argue over that in the comments. I’m sure LitReactor will welcome the interaction.

What we can agree on is Splatterpunk and Extreme Horror represent the outer edge of what horror explores. These sub genres test the limits of social norms and explore the depravity of the human condition. These stories are graphic, gory, explicit both in sexual and violent content, gross, and play with every taboo people are capable of imagining. This is the playground where authors decide what combination of the extreme and splattery to mix together to create the secret sauce for their stories.

I’m not struggling to find something good to read; I’m struggling find time to read all the great horror books coming out.

Whether pushing back against the trends, or simply testing the boundaries of good taste, there has always been an audience hungry for this flavor of horror. In recent years, that audience appears to be growing. And there is a new group of authors rising up to meet the demand.

Brian Keene and Wrath James White, authors familiar to fans of Splatterpunk and Extreme Horror, founded the Splatterpunk Awards in 2018. Without trying to attribute a cause or effect relationship one way or the other, the years covered by these awards coincide with a rise in interest both on the part of the readers and the creators of Splatterpunk.

In some recent essays, Brian Keene has identified six or seven generations or waves of horror writers. The number itself isn’t as significant as the creators themselves and where the genre is headed. For those interested in this topic or examples of this type of writing done very well, I highly recommend joining Brian Keene’s patreon and reading the books he’s published.

At the risk of stealing Keene’s thoughts whole cloth, I’ll run through his breakdown of the more recent generation of horror in a brief summary for context. It will not do the full writings justice, so do go check those out. The first few waves precede the 1980s, precede the rise of Stephen King, and precede the invention of the horror section in bookstores. Keene points out the 1980s brought us Clive Barker, Robert R. McCammon, Joe R. Lansdale, Jack Ketchum, Richard Laymon, Poppy Z Brite, Edward Lee, David J Schow, John Skipp, and a number of others who might be categorized as Splatterpunk by some or Extreme Horror adjacent. No list can be complete, so any names left out are not meant as a slight. This list also includes some authors who had works preceding the 1980s, and a couple who only got their early start there but rose to real prominence later.

He now sees another wave cresting and yet another beginning to come to prominence. This appears to be the zone where the new splatterpunks are establishing themselves.

Again, this is not a complete list, but a cross section of authors using this sub genre to build an audience. These authors and others like them deserve attention for their talent and storytelling in the current wave of splatter.

You won’t get much more extreme than Triana. He’s not new to the genre, but in recent years he’s getting the attention his talent deserves. Gone to See the River Man, The Thirteenth Koyote from the Splatter Westerns series, Full Brutal and onward through his catalog, you are going to find some of the most brutal work out there today. In addition, Triana is not just basking in the gore, but using it to tell great stories.

Relatively new upon the scene, Volpe’s success is a byproduct of navigating the current evolving platforms online with great finesse. He’s worked for his audience both in the skill with which he writes and the effort he’s put into promoting. Works like Talia, Only Psychos, and Left to You mark the beginning of an impressive catalog of work.

Beauredard rises on the same wave using the same means as Volpe. His work is drawing a reaction, even grossing out hardcore fans of the extreme. Among his growing catalog of splattery works, books like The Slob and Sew Sorry have readers talking and taking notice.

Rufty is showing a range in his writing that is getting him some well deserved attention. He already has an extensive catalog of work and readers are picking up on his stories. Desolation, The Devoured and the Dead, and Pillowface are just a few among many works seeing how far horror can go.

I look across Young’s work and have yet to see a book that isn’t great. He kicked off the Splatter Westerns series with the amazing The Magpie Coffin. He’s joined Stephen Kozeniewski in writing great collaborations, including the rebirth of the Clickers mythology with Clickers Never Die. Close your eyes and pick at random and you have a great Wile E. Young book. 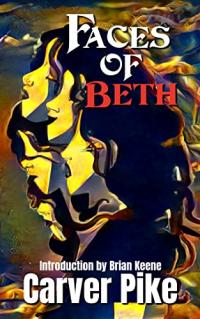 Kozeniewski has been producing amazing work for a while now. In addition to the excellent collaborations with Wile E. Young, Brain Eater Jones, Hunter of the Dead, and The Hermatophages are the kind of books that will hook you onto everything he publishes.

Southard is still going strong after many years of great writing. Try Again, Cruel Summer, One for the Road, and many more short stories and full length novels show why he is a fixture in the current wave of horror.

Nola is a new voice on the scene, but has already gotten noticed by the awards. Bishop is an impressive book that promises much more great writing to come.

Pike has a voice that more and more readers are talking about. He’s produced a lot of work that shows his range when dealing with the extreme. He’s another author you could pick a book at random and be pleased. Faces of Beth is a great example of what he is capable of.

Thomas R. Clark is not new to writing, and it’s not fair to say he’s new to publishing anymore, because he’s currently showing all his potential as a storyteller. Bella’s Boys, Good Boy, and The God Provides showcase what he has on offer, with the promise of more to come.

The list of authors above is solid. I stand by them all. It is woefully incomplete, though. Even as I close out this article, more and more names occur to me, and I have to fight the temptation to make the piece longer than it already is. This speaks to the enormity of talent that is currently active in horror broadly, but Splatterpunk and Extreme Horror in particular. I have no idea if this represents yet another horror rebirth for the writing industry, but I do believe it represents a high point in quality. I’m not struggling to find something good to read; I’m struggling find time to read all the great horror books coming out. These voices are raising the standard for readers and other writers trying to make a mark in horror.

The Art of the Gross Out Contest — from a Two Time Reigning Champ
What Scares You? 30 Terrifying Horror Stories Straight Out Of Your Worst Nightmares

Collaborating with a Dead Hero